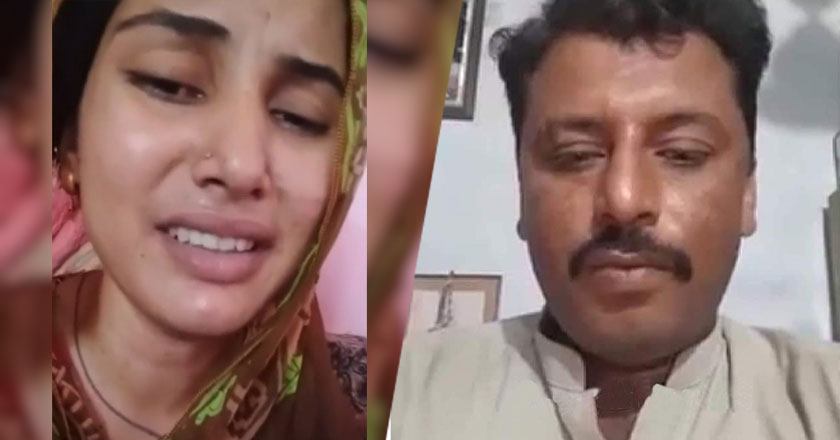 A woman named Rozina Gopang, hailing from Larkana, has allegedly committed suicide after failing to get justice and protection against her ex-husband.

However, just before her suicide, she recorded a video message in which she blamed the system for not giving her the help she needed, hence, making her hopeless and forcing her to take the drastic step.

Rozina Gopang can be seen and heard crying while talking about the massive amount of abuse she had to face from her ex-husband. She even talks about the abduction of her child and that the Sindh authority allegedly left her helpless.

She was heard saying that her husband divorced her but he used to break into her residence and subjected her to torture. In the video, Rozina mentions that she appeared in front of senior superintendent police (SSP) Khairpur and Larkana offices to lodge a complaint against her ex-husband but as a result, police blamed her instead of taking action against him.

Rozina was then found in her residence and pronounced dead. She had hung herself, following this incident, the hashtag #JusticeForRozinaGopang started trending and went viral. Social Media is outraged by how the system has failed yet another woman.

On the other hand, the Sindh police termed the incident as suicide, however, no inquiry has been launched as yet. The death incident of a divorced woman in Larkana exposed the lawlessness in Sindh.

The sisters of the deceased woman alleged that Rozina’s ex-husband murdered her. Her death has brought many things to light not only about the justice system in Pakistan but also the fact that women continue to endure different forms of torture and abuse even after separating from a toxic spouse.

Just yesterday, a similar incident occurred when Pakistani-American photographer Sania was shot in the head by her ex-husband who then later killed himself to escape the police.

We hope both these young women receive the justice they deserve sooner than later. Until then, stay tuned to WOW360 for more news and updates.