Sunday, June 26 2022
Top Posts
3 DIY Hotpot Recipes You Can Make at...
5 Tips to Keep Your Hair Sweat-Free During...
Fawad Khan to Make Debut in Ms Marvel...
“Women Can Accomplish Anything They Set Their Mind...
TikTok Releases First Album of Viral Hits
Mehwish Hayat Makes Her Debut as a Djinn...
‘Girls are No Less Than Boys’ Says Pakistani...
Punjab Government to Provide Scooties to All Female...
Is Akshay Kumar’s Upcoming Film ‘Raksha Bandhan’ a...
On This World Music Day, Spotify Celebrates K-Pop...
CultureFeaturedNewsSocial Issues 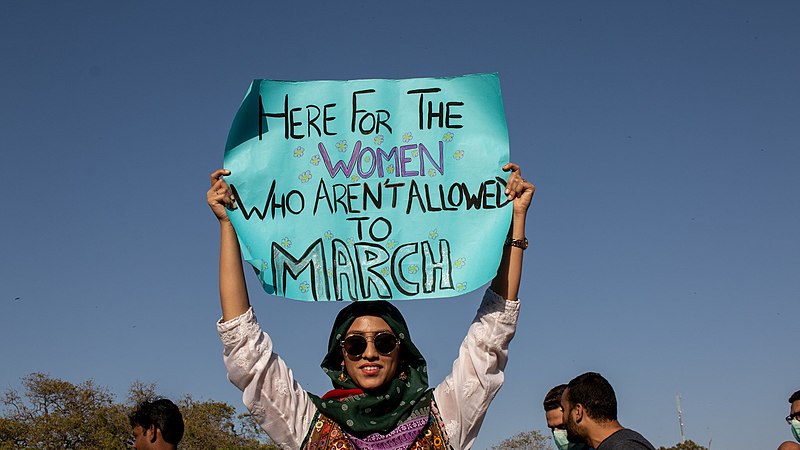 In a letter, Noorul Haq Qadri has asked the premier to ban Aurat March, which takes place on the 8th of March every year on International Women’s Day. In the letter, the minister detailed the Prime Minister that it is a fact that in many countries of the world, the political and social backgrounds differ, and so do women’s issues.

In Pakistan, Aurat March has been taking place for the past few years to address women’s issues. However, in the march, women display indecent placards and chant slogans. These don’t represent the issue of the women but represent going against Islamic values.

He then wrote in his letter that Pakistan is a Muslim country and its citizens wish to live a life in accordance with Islamic values. The citizens of this country are well aware of the rights Islam has given to women and men and the roles they have in society.

Each year, just before the Aurat March, the perpetrators use the religion card to bring an end to the movement somehow. This year, the premier has received a letter to put a ban on the movement because it doesn’t align with Islamic values.

It has been a few days since Aurat March has concluded. The country should be conversing over the rights of women. Instead of finding solutions and empowering women further, propaganda was set up to defame the movement. It isn’t for the first time this has happened, for the past three years, either before Aurat March or after it, something or the other is picked and then scrutinized.