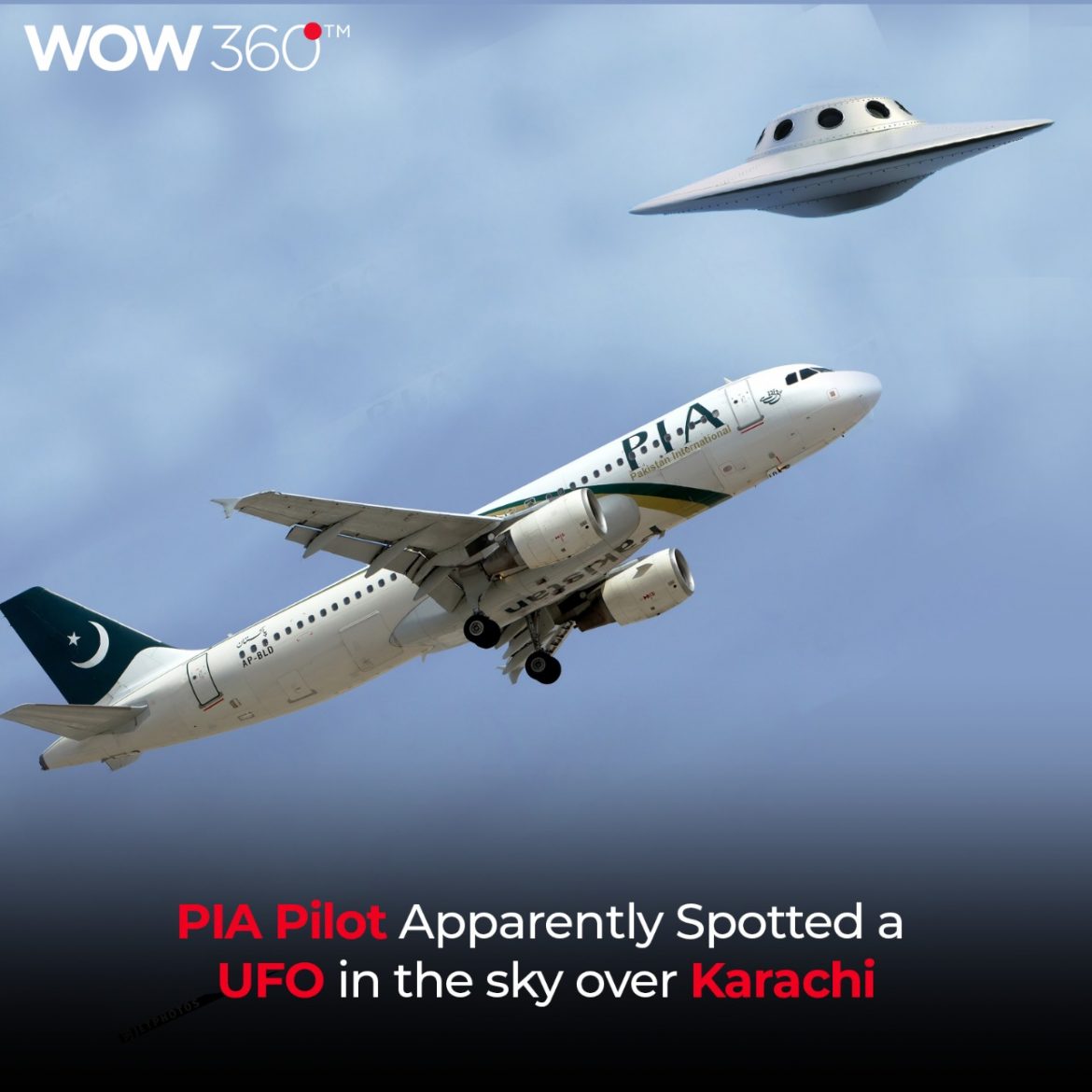 A piece of news that is making headlines is the spotting of an extraterrestrial spacecraft by a PIA pilot in Karachi, Pakistan. The report was hard to believe until we saw the footage that went viral.

According to the pilot of the PIA plane, “We were flying at 35000 feet. Operating Captain was just in the process of sitting down on his seat, and the aircraft started to turn on the route which enabled him to see this brilliant white round object above and to the right of the aircraft.”

He added, “It could either have been hovering or moving slowly (difficult to tell due to relative motion). Cell phone cameras were put in action to capture the object. After landing was found out that it had been seen/filmed in different areas as well.”

An unidentified flying object (UFO) is an aerial spectacle that can’t promptly be recognised or clarified. Most UFOs are identified as traditional objects or phenomena. The term is broadly used for guaranteed perceptions of extraterrestrial spacecraft.

The video’s caption uploaded on YouTube says, “The legendary WWII orbs that would ride alongside the planes and follow them over the ocean. This sighting took place along the coast near the city of Karachi, Pakistan.”

The caption continued, “Do you notice it has a metal ring around it and a brilliant white light coming from its centre? That is the most focused Foo fighter photo in the history of UFO research! Absolute proof aliens are still following planes and keeping an eye on humanities activities. Best freaking sighting in several months.”

Sarwat Gilani Doesn’t Want to Be Called a Feminist