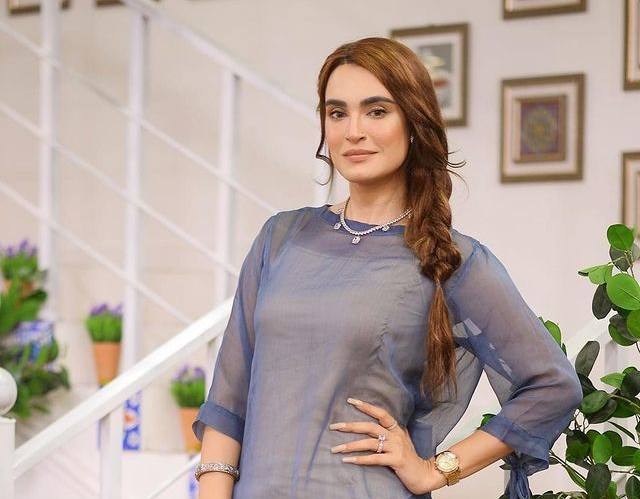 Pakistani model Nadia Hussain is on a mission to educate Pakistani women on their legal rights to divorce.

The star took it to her Instagram to explain the basic legal rights of women whilst in matrimony. Surprisingly enough, not many Pakistani women have full knowledge of the matter before or after marriage. Very conveniently, section 18 is cancelled out on Nikhanama without the knowledge of women.

Nadia posted images of the Muslim Family Laws Ordinance, 1961 and Clause 18 of the nikahnama. She highlighted that both the clause and the ordinance have given women the legal right to divorce her husband. She captioned her Instagram post, “According to nikahnama and Muslim Family Ordinance 1961. ALL WOMEN SHOULD KNOW ABOUT CLAUSE 18 of the nikahnama and DO NOT GET IT CROSSED OUT WITHOUT YOUR PERMISSION OR KNOWLEDGE!!!.”

She then added that while no one wishes to destroy their marriage and house, it is essential they protect themselves in whatever way they can. “No sane woman will willingly destroy her own marriage and house if she’s happy and loved!!!. But yes a woman needs to have the power to exit a toxic marriage!!!. PLS KNOW YOUR RIGHTS!!!!.”

There’s no reason why women shouldn’t have this right to divorce. The idea is old and outdated. The common misconception that women are too emotional to have this right is cultivated by society so men hold most of the power in a relationship and there is no reason to continue it.

She said in the video, “A lot of men and women refuse to acknowledge that a wife has the legal right to divorce. It is not my intention to misguide people but I do want to tell you about your rights.” By having the right to divorce, women can leave toxic and abusive marriages.

Nadia Hussain Refuses to Run Household Errands for Husband, Says He “is Not My Child”. Read the full story here:

Pakistani model Nadia Hussain appeared on a local Tv show for an interview with her husband. During the interview, Hussain was asked some difficult questions by the show’s host, which she very nicely handled. She replied to them appropriately and yet defined the boundaries of a healthy relationship.

Nadia Hussain Refuses to Run Household Errands for Husband, Says He “is Not My Child”