Nadia Hussain Refuses to Run Household Errands for Husband, Says He “is Not My Child” 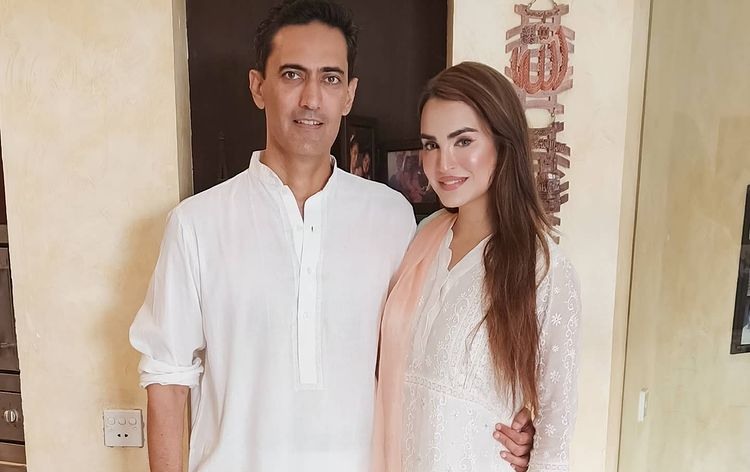 Pakistani model Nadia Hussain appeared on a local Tv show for an interview with her husband. During the interview, Hussain was asked some difficult questions by the show’s host, which she very nicely handled. She replied to them appropriately and yet defined the boundaries of a healthy relationship.

In an interview, another model-turned-actor, Sadaf Kanwal, had said that she has learnt that performing her husband’s domestic tasks is our culture and that now we have plenty of ‘liberals’ who defy the social norms. Since then, a debate on the topic has sparked nationwide.

Keeping the hot topic in mind, the host asked Nadia, “Is it a woman’s responsibility to perform his husband’s domestic tasks?” To this, Hussain asserted, “No, not at all!” The host then asked, “What is the responsibility of a woman towards her husband then? Have you never done domestic work for him?”

Without holding back, Hussain replied, “Why should I? He’s not my child. He’s my life partner,” to which his husband sitting beside her laughed, for it seems to be due to the stupidity of the question.

The host then said, ‘In our society, men are brought up with liberties like mothers doing their work, serving them food, sisters bringing them water….” To this, Hussain intervened, “And that’s wrong; I do not condone it [male privilege], and I am not raising my kids with it.”

The host then asked what if Hussain’s husband asks her to bring him food and water. To this, she replied, “That’s completely fine. But to demand and to expect a woman to come home from work and serve her husband is wrong.”

A few months ago, Hussain dropped her Go Makeup Palette and received a nasty comment from Nabila saying, “Don’t you have a brain of your own?” Nadia responded to Nabila and went ahead with posting screenshots of the conversation, calling her insecure. All in all, things turned ugly.

Nadia Hussain & Husband Collected Every Penny They Could Buy Her Indian Shadi Outfit Off the Runway. Read the full story here:

Marriage is probably one of the most significant events in the life of an individual.  In Pakistan, especially the clothes and other preparations take on a significant priority for both the bride and the groom. We have heard crazy shadi stories where the bride’s clothes were misplaced, or the groom went missing before nikkah, but have you ever heard of a story.

Junaid Safdar’s Voice Wins Many Hearts After Clip of Him Singing on His Wedding Day Goes Viral!