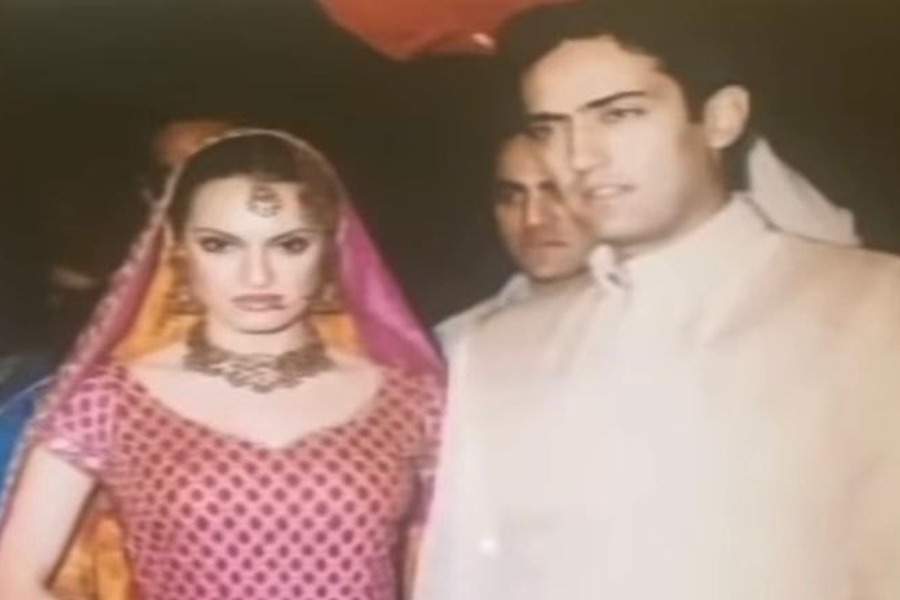 Marriage is probably one of the most significant events in the life of an individual.  In Pakistan, especially the clothes and other preparations take on a significant priority for both the bride and the groom. We have heard crazy shadi stories where the bride’s clothes were misplaced or the groom went missing before nikkah, but have you ever heard of a story where the bride and the groom collected every penny they could from their family and friends so that they could buy an outfit for the bride from an Indian designer off the runway?

Yes, you heard that right! Pakistani supermodel Nadia Hussain narrated her crazy story on Nida Yasir’s morning show, from the time when she got married to the love of her life. Upon request of the show’s host, Nadia revealed that this fiasco took place due to her difficult taste.

She didn’t want to look like one of those contemporary brides who usually wears the traditional red outfit on the big day.

Instead, she knew the colors of her shadi ka Jora and was in search of it, which were pink and orange. It was then, during a fashion show, Nadia spotted a jora that was just what she was looking for. There and then, she decided she must have it.

The outfit was designed by an Indian designer who had to return back to India that night and wanted payment in dollars in exchange for the dress. Nadia recalled that you could only withdraw a limited amount from an ATM at the time and there was no time to arrange the money.

Upon her call, her husband collected every penny he could from friends and family to get his bride the desired dress. The duo then ran to the airport at 4 am in the morning to exchange the amount for dollars and successfully were able to buy the dress from the designer just before she got on her flight.

Nadia revealed that the dress wasn’t fully complete since the designer had it made for the runway, so she got it finished from Pakistan and chose a different blouse since the runway blouse was too short for the event.

No matter how unreasonable this may sound right now, all in all, we think this was funny and moments such as these are what one remembers and recalls, just for a good laugh.