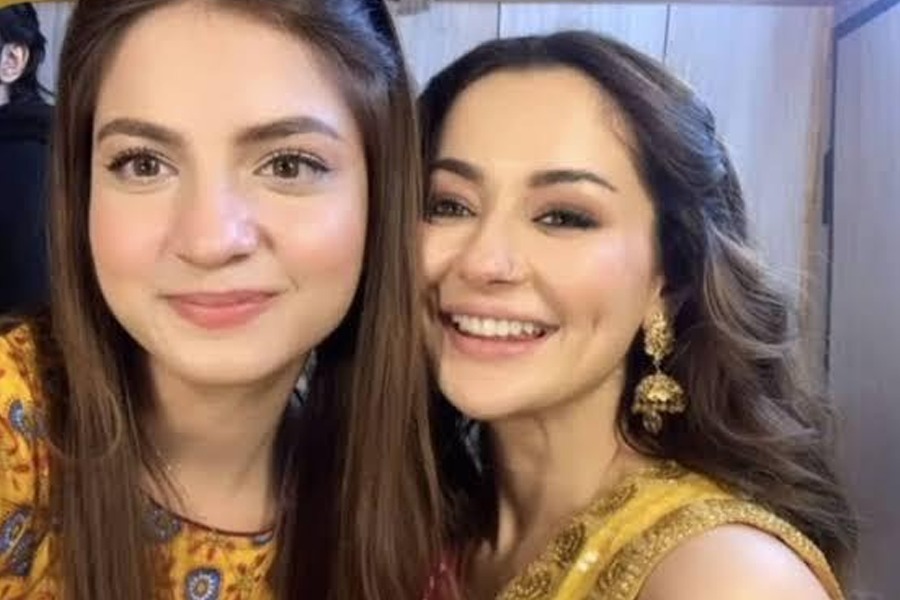 We all have seen how Dananeer Mobeen shot to fame with her 10-second clip. Following that, she has been promoting multiple brands due to her insane reach on social media. Other than social media promotions, she was also signed by Peshawar Zalmi as an ambassador, where we saw her mingling with actress Hania Aamir for the first time. After that, they both were spotted together posing for the cameras and, of course, their love for sushi!

After brands, is it now time for Dananeer to hit the big screen? The Pawri girl has been spotted on the set of Wajahat Rauf’s upcoming web series in recent developments. Double the trouble? We never know, but fans are excited to find out if both the stars will be starring together or not.

Apparently, Farhan Saeed and Bushra Ansari are also part of the web series. Reportedly, Ruswai is a story of two sisters.

Working with one of the finest production house showcase productions. Standing with @shaziawajahat, the coolest and beautiful producer. May Allah give her more success and everything she wishes for.

While fans have been guessing for months now, no news has been confirmed by Dananeer herself or the web series makers. However, we saw her hanging out with the cast and crew too many times now on social media, which makes us believe, she might be staring in the web series. Dananeer is based in Islamabad but has been living in Karachi for some time now for work purposes.