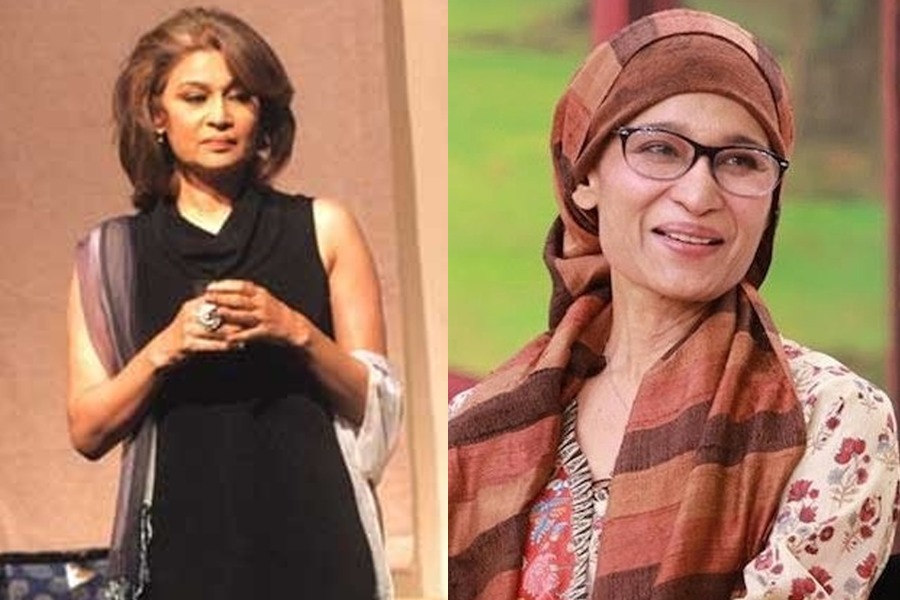 Pakistani actor Nayla Jaffri shared her struggles with Cancer treatment bills in a clip making rounds on social media. In the clip, posted by her friend and filmmaker, Furqan T. Siddiqui, the actress appeals to Pakistan’s government for royalty payments.

Nayla is PTV’s golden-era actress diagnosed with ovarian cancer 6 years ago and is still undergoing treatment. In the clip, the actress emphasizes how affording healthcare has become difficult for her after a prolonged illness.

My dear friend and a renowned TV actor Naila Jafri has been fighting Cancer since last 6 years. The battle is very expensive. In this video she requests if the channel owners pay royalty to her previous work’s re runs it will be of great help to her.

In the video, Jaffri says,  “When I first joined PTV, I remember that the broadcasters would pay us royalties for re-runs of our old shows, and though it wasn’t a lot, receiving that extra bit of money always felt great. The last serial I did has run on-air some six times over the last six years, maybe four. Similarly, other dramas too.”

“For those re-runs, we should’ve been paid royalties,” she then argued that if the actors receive royalties the same way again, it would be easier for her to bear expenses.

“A lot of other people might not need much money, but when you haven’t been working for a while and have no support, these things become very important,” she said. She also took the chance to thank her fans and well-wishers for their love and support over the years.

My dear friend and a renowned TV actor Naila Jafri has been fighting Cancer since last 6 years. The battle is very expensive. In this video she requests if the channel owners pay royalty to her previous work’s re runs it will be of great help to her. pic.twitter.com/AYc6TOTRB7

Soon after the video was posted, social media displayed its true potential. Sindh Culture Minister Sardar Shah reached out to Siddiqui that his department would “happily bear all her expenses.”

Thank you Shah sb. Already on it

Just a small message to everyone who is concerned about Naila. She is not asking for funds for treatment. Shes being treated well at Cancer Foundation #Karachi. @murtazawahab1 is kind & has spoken to CM #Sindh who has offered to bear the expenses. Will post details soon https://t.co/r9eUyfg27x

She played plenty of roles in dramas and telefilms throughout her career, including Aa Mujh ko Sulana, Desi Girls, and Thodi Si Khushiyan, which she is best known for. Have something to add? Let us know in the comment section below.