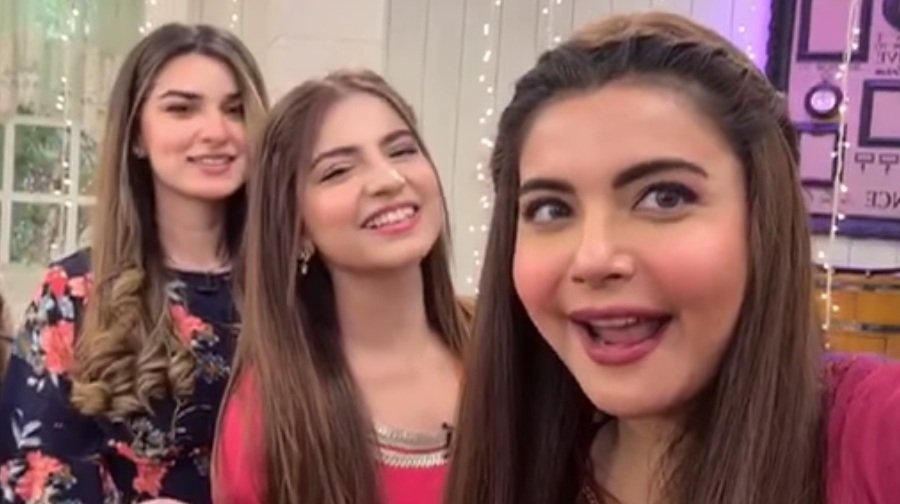 Pawri girl , Dananeer Mobeen, sent her fans into a frenzy last night after uploading a short clip of her leaving Islamabad airport and arriving in Karachi. Along with the clip, the recently famed digital content creator added screenshots of tweets where Twitter users questioned her as to why she hadn’t been called on Nida Yasir’s show ? (The show is famous for having guests from social media).

We guessed instantly that she’s going to be live on the morning show that will be aired on ARY digital, and we couldn’t wait for the next morning to find out what the pawri girl had to say about the newly found fame. It turns out Dananeer Mobeen is relatively young and hails from Peshawar. She has her hands full with university applications and also creating content currently.

Dananeer revealed on the show that she loves creating content and is always doing that unconsciously on the go. The pawri clip was another video that she made randomly when she was travelling to Nathia Gali with a group of friends. The video remained on her phone for 10 days after she made it and then was uploaded at her friends’ request on her Instagram.

#Pawrihoraihay Trends on Twitter After the Pakistani Meme Goes Viral

From there onwards, the clip blew up on social media platforms such as Facebook and Twitter and not just in Pakistan but in India and other parts of the world too

Interestingly, Dananeer wasn’t the only one invited to the show. Zara Naeem, who topped and achieved the highest marks in ACCA, was also invited as a guest on the show to share her journey. Earlier on, Twitter debated why Zara Naeem’s accomplishments aren’t being discussed and had been overshadowed by the pawri girl clip.

The producers behind the Nida Yasir’s morning show set a new example by bringing Zara to the show proving that Pakistani women’s accomplishments are being acknowledged, even by media. Needless to say, this was our favourite morning show episode by Nida Yasir and team.

Both stars of the hour revealed interesting details about themselves in the morning. You can watch the full show here: