Mother & Daughters Banned from Waterpark in Canada for Wearing a Burkini 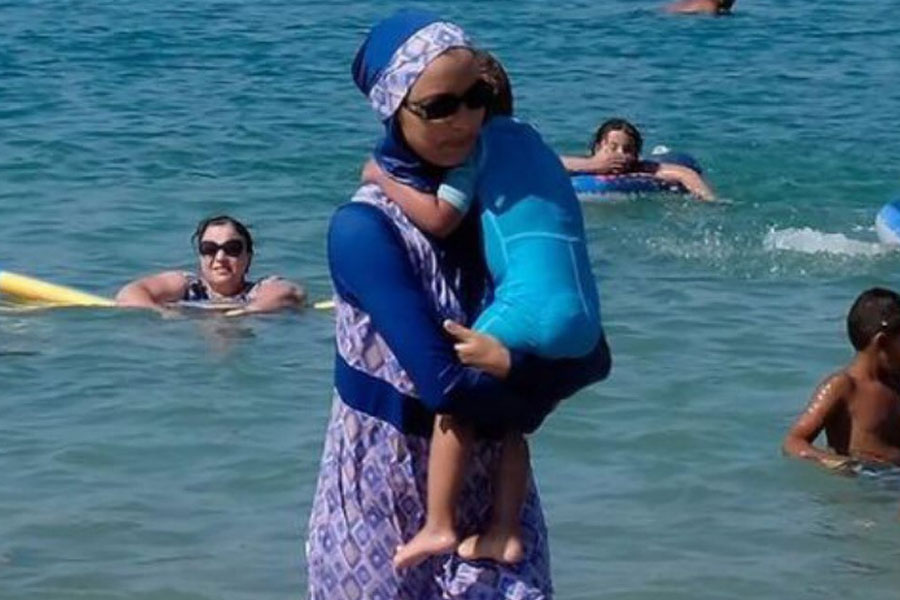 A mother and her daughters were banned from entering a waterpark in Canada for wearing a Burkini (burqa + bikini) as per the reports by Andalou Agency.

The family of 4 had booked a room at the Lilac Resort in Winnipeg where the mother who was identified as Halima Jelloul was staying with her husband and 2 daughters.

Burkinis are swimsuits worn by Muslim women that cover their entire body except for the face, hands, and feet, following Islamic traditions. However, when they went towards the water, they were informed they cannot be granted permission to enter because of the Burkinis.

Halima said that her daughter was crying when the family was told off.  “It wasn’t really a pleasing moment for us,” she added.

Her daughter Dalma Douida said that she was not even shocked when the incident occurred. The 14-year-old added that “Muslim women or anyone who dresses modestly” should speak up.

A health inspector intervened in the matter and concluded that burkini was not against public health rules, after which the family was allowed to enter the park and use the waterslides. But, they decided to leave instead due to the humiliation that had been caused.

The resort’s owner said that he stopped the woman and her daughters because he was not aware of the burkini and thought it was casual streetwear. He added that he would like to apologise to the family for going through the entire experience.

What are your two cents about this incident in Canada? Share your thoughts with us in the comments below.