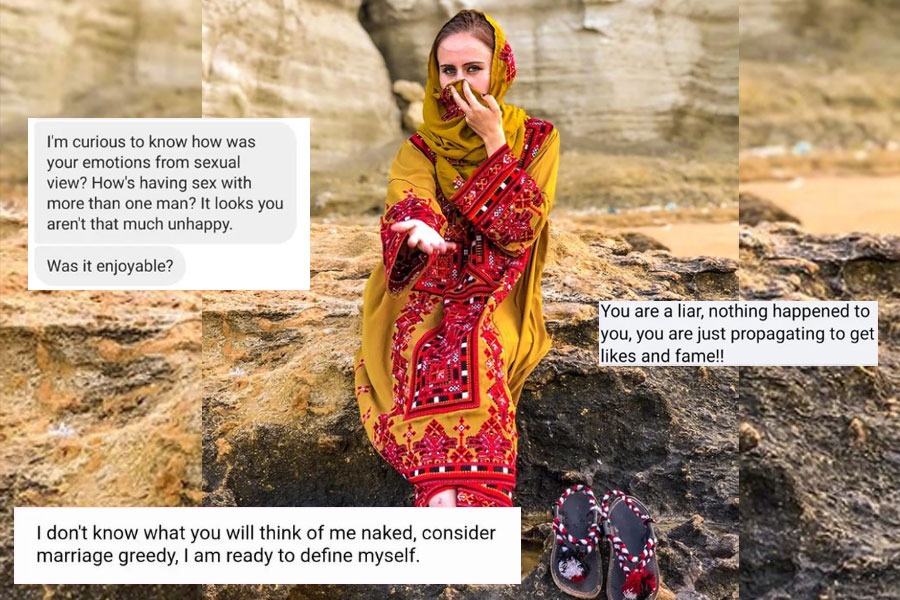 American activist and Vlogger Arabela Urpi registered an FIR at the Border Military Police (BMP) Station. She stated that she was allegedly gang-raped by her tour guide and accomplice Muzmal Sipra and Shehzad of Rajanpur on the night of July 17 in a hotel room.

Moreover, She had alleged that Sipra had also recorded her video earlier without her consent. Arabela added that Sipra had given death threats and that if she pursues legal actions then it would not be good for her.

A month after the incident, the vlogger took it to her social media opening up about how men have been victim-blaming her, and pointing out that ‘she wanted it’ and if she had not wanted to be raped she should have ‘covered herself’.

She took it to social media to name and shame the men. In the caption, she writes:

Amidst the public’s overwhelming support regarding the #FORTMUNRO incident, I have unfortunately also received plenty of negative comments and messages from men who victim-blame or exploit my trauma for s*xual gratification and political gains.

In the past, I have always ignored online harassment because I didn’t want to give these trolls the attention they crave. However, I have now reached a point where I believe the bullies must be named and shamed.

As a survivor of s*xual harassment and misogyny ever since I started traveling, I believe it is my duty to expose the ugly side of the other 50% and the cruel words that survivors must hear when they take the huge step of speaking up. People like this are the reason why so few crimes are reported and r*pists feel enabled to act freely without fear.

To be very clear, none of the comments and messages in this thread have influenced my opinion on a specific country, ethnicity, religion, or caste in any way. Misogyny and bigotry are ubiquitous phenomena. No group of people should be held responsible for the bigoted comments from individuals featured in this thread.

Name, shame, and blame the individuals, not the groups!

Unfortunately, this is not the first time when an assault victim has been blamed for their attire or for ‘wanting it’.

Previously, a woman who was traveling with her children was gang-raped in front of them and also became a victim of questions such as why was she traveling alone at night, or that it was her fault that the car stopped working and helped did not arrive on time.

It is high time we change our thinking and understand that victim blaming is not the way to go.

5 Reasons Why Women Need to be Financially Independent