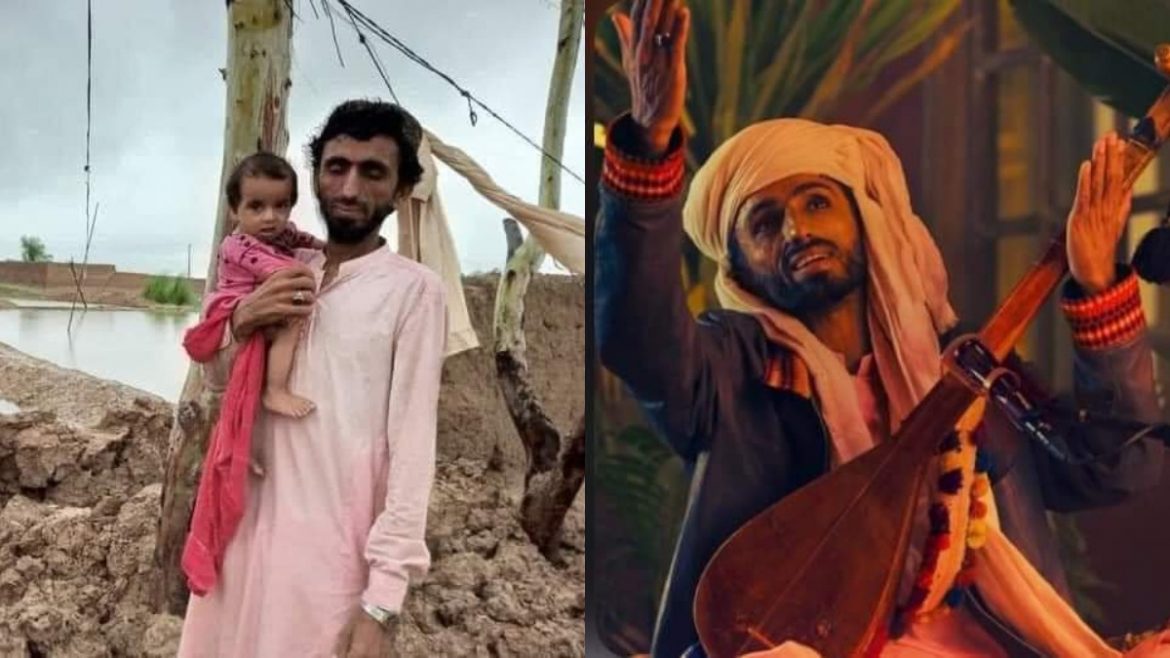 Unfortunately, this monsoon season has brought ample destruction and chaos, particularly in the province of Balouchistan, where hundreds lost their lives and countless became homeless (National Disaster Management Authority (NDMA), more than 36,469 households have been affected, of which 60% are in Baluchistan.), including Abdul Wahab Bugti.

Bugti lost his home in the flash flood, forcing his family and young children to wander in the streets.

Wahab Bhugti who got famous after singing “Kana yari” at coke studio has been living in dire conditions due to the floods in Balochistan. His mud house was destroyed and his family has been living without a home. pic.twitter.com/u7LoQHmVrT

When this news broke out on social media, Kafi Khalil among many other Pakistani celebrities posted on social media asking the country to help him get back on his feet.

Moreover, Khalil also shared Bugti’s JazzCash number so that Pakistanis and Netizens from across the borders can directly donate to the crooner.

During a telephonic conversation with a publication, Bugti shared that he and his family are safe and have sought refuge in a nearby city.

He also added that Xulfi and his peers from Coke Studio have helped him immensely along with others who have sent aid to his JazzCash number and that he is grateful for the support.

Xulfi and my peers from Coke Studio got in touch with me right after my brothers uploaded the photos of our displacement on social media. This was a day back, and since then their [CS] team has shown immense support.

Xulfi also took it to social media to announce that they will continue to support Bugti and his loved ones amid these hard times.

We are and will continue to be with Wahab Bugti Sahib and his loved ones to help overcome the difficult situation. Rest assured; he is being given all possible support on the ground. – he had tweeted.

We are and will continue to be with Wahab Bugti Sahib and his loved ones to help overcome the difficult situation. Rest assured, he is being given all possible support on ground.#cokestudiofamily

Hello folks, I just spoke to him and he has given me his jazzcash account. DM Jamali is currently being evacuated due to high threat of Pat Feeder flooding the area, Wahab is still stuck there. Please help him out. This is his Jazzcash account: 03002118309 https://t.co/EyVPA5WjLC

If you want to help Brother Wahab Bugti here’s his number for Jazz Cash 0300 2118309. Let’s help in whatever ways we can. May Allah make things easier for us all! 🤲🏻

The famous Balochi singer Wahab Bugti has also been affected by recent flood n Balochistan.@cokestudio has made million of rupees from his song #KanaYaari" and now it has been crucial responsibility of Coke studio to come up to assist him during his worst days#balochistanfloods