Sunday, June 26 2022
Top Posts
3 DIY Hotpot Recipes You Can Make at...
5 Tips to Keep Your Hair Sweat-Free During...
Fawad Khan to Make Debut in Ms Marvel...
“Women Can Accomplish Anything They Set Their Mind...
TikTok Releases First Album of Viral Hits
Mehwish Hayat Makes Her Debut as a Djinn...
‘Girls are No Less Than Boys’ Says Pakistani...
Punjab Government to Provide Scooties to All Female...
Is Akshay Kumar’s Upcoming Film ‘Raksha Bandhan’ a...
On This World Music Day, Spotify Celebrates K-Pop...
FeaturedMusic 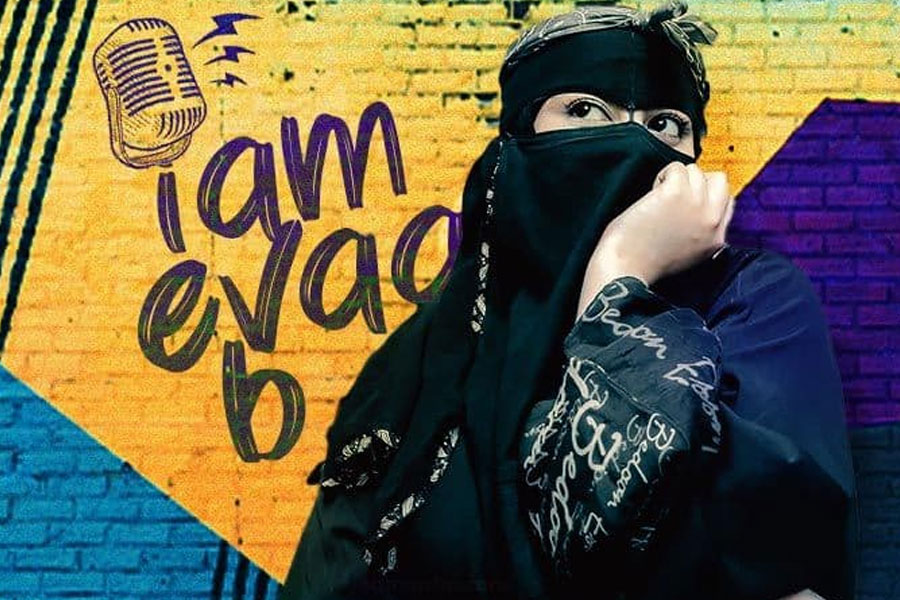 Pakistani rapper Eva B has become a household name in the country after receiving fame from her Coke Studio 2022 hit ‘Kanna Yari’.

Her journey initially started in 2014, but due to some issues, she was unable to move her career forward until 2019 when she released her song ‘Gully Girl’ on the popular music streaming platform Patari.  Her only condition was that she will keep her face hidden in her veil because she felt it was a part of her identity.

The rapper’s identity Eva B has been inspired by the first woman on Earth, Eve and the B is an ode to her identity as she is a Balochi girl, hence Eva B.

2. There is More to Her Than Just Her ‘Niqab’ 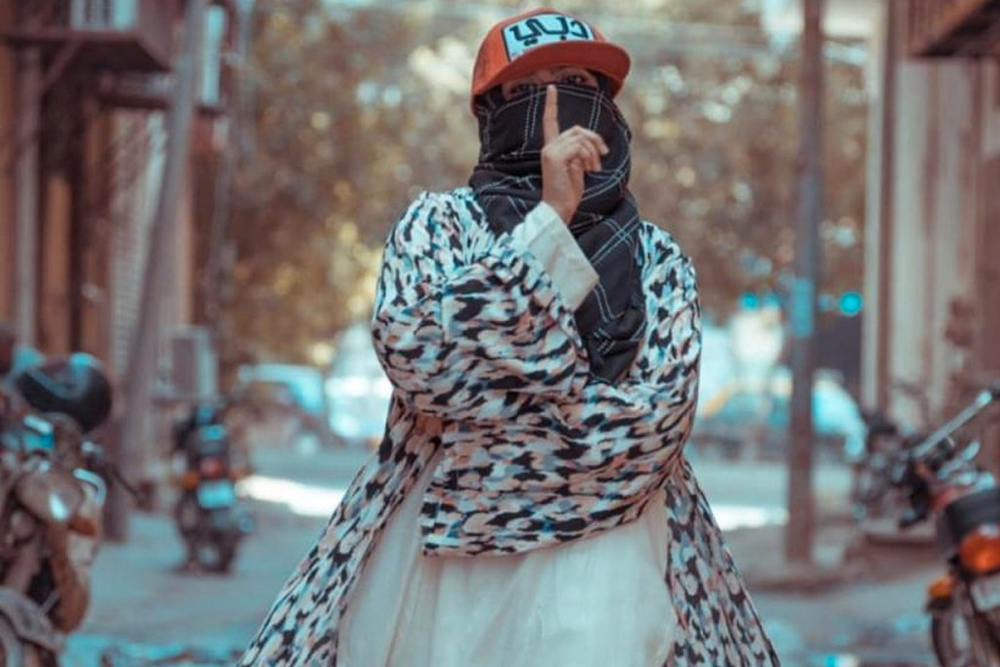 Even though she is known for her Hijab, and stylish clothes that make her stand out in every video, there is more to the Baloch crooner than just her niqab. She shares:

“These days I wear more stylish clothes for the music videos so I stand out. But even then I always wear my hijab, the media has focused on my hijab rather than me… they do it for hype,” she said. “It’s normal in my society. Don’t let it be breaking news.”

Pakistani Female Singers Who Are Ruling The Music Industry

3. She is from Lyari & a Conservative Family

Eva belongs to the area of Lyari. She is a hip-hop rapper and singer who comes from a Baloch family, and writes and sings in Balochi and Urdu. However, her family was not supportive of her decision of taking up a career in music. In fact, due to pressure, she had to drop music for some time in 2014.

In an interview, she shared that she received backlash from her family who considered the genre indecent for a young girl and who feared she would struggle to marry in deeply conservative Pakistan. She shares:

“Later they realised that I was quite persistent, so they surrendered. They realised I couldn’t be stopped,” she laughed, adding that her mother now supports her in the studio and on set.

Nonetheless, she is really proud of her upbringing and highlights Lyari wherever possible.

4. She Used to Secretly Sneak Out to Record Songs 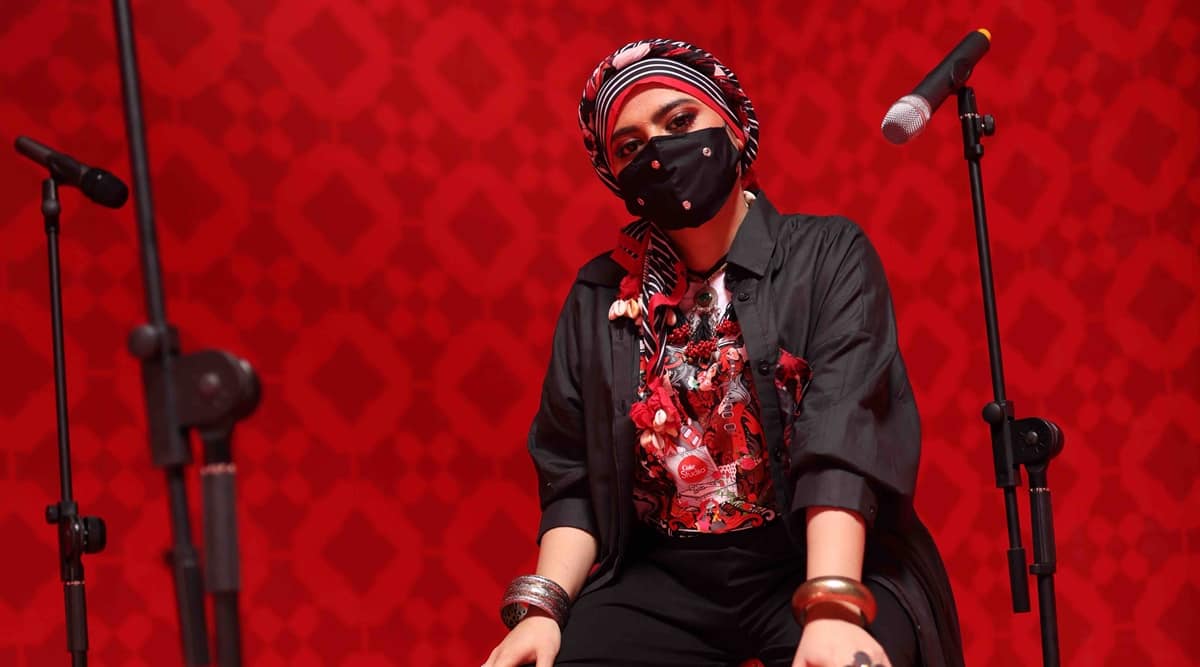 Because her brother and family members were against her rapping, she used to sneak out to production houses to record her work. She recalls how she turned up to studios for the first time, industry producers and managers were often left “astonished” when she showed up in her niqab. “They reacted like ‘what is this?’,” she said. “But then everything soon became normal.”

5. Eminem & Queen Latifah are Her Idols

Inspired by Queen Latifah and Eminem, Eva began to write her own lyrics and started posting her work on Facebook where she started to build a following.

Not only did Ms Marvel make headlines by roping in the first Muslim superhero, but the Marvel Universe went above and beyond by roping in Pakistani musicians and other talents as well. Eva B’s ‘Rozi’ was featured in the pilot episode titled ‘Generation Why?’ and was appreciated by all of social media. What an amazing achievement!

“I’ve always been a fan of Marvel, but if you had told me five years ago that we would be doing an Urdu hip hop track with Pakistani and Indian influences for a Pakistani female superhero, I wouldn’t have believed it!” she added.

The fantastic part is the track is in Urdu which is something the Marvel Universe has introduced for the first time ever. When talking about her fame due to her hijab, she stated:

“For no reason, these people are giving the niqab all this hype. They think niqabi girls don’t do anything. But I’m just as normal as any other regular girl here. There’s no need for the hype, I really don’t like it,” Eva told The National.

“Nobody is forcing me to wear it. It’s my own decision. It’s good that I can go out and about without being recognised.”

7. She Keeps Her Identity a Secret & Wants to Keep it that Way

While many influencers want to be recognized by their face, this one prefers staying under her veil. Her voice and her work are all the identification she needs. While talking about living a double life, she shared that it does feel a little weird. There are times when people are listening to or talking about her songs either in front of her or with her.

“It’s funny that people don’t recognise me, they play my songs but when I’m in front of them they don’t know it’s me,”

And when someone does figure out who she is, because of her distinctive eyes, she simply denies it. She shares:

“I’m ok with what I am. I can’t handle everybody,” she says of the attention from media and fans she would otherwise attract.

What do you think of this phenomenal young lady? Share your thoughts with us in the comments below.

Stayed tuned to WOW360 for more news and updates.

5 Cool Fabrics to Beat the Heat in Pakistan