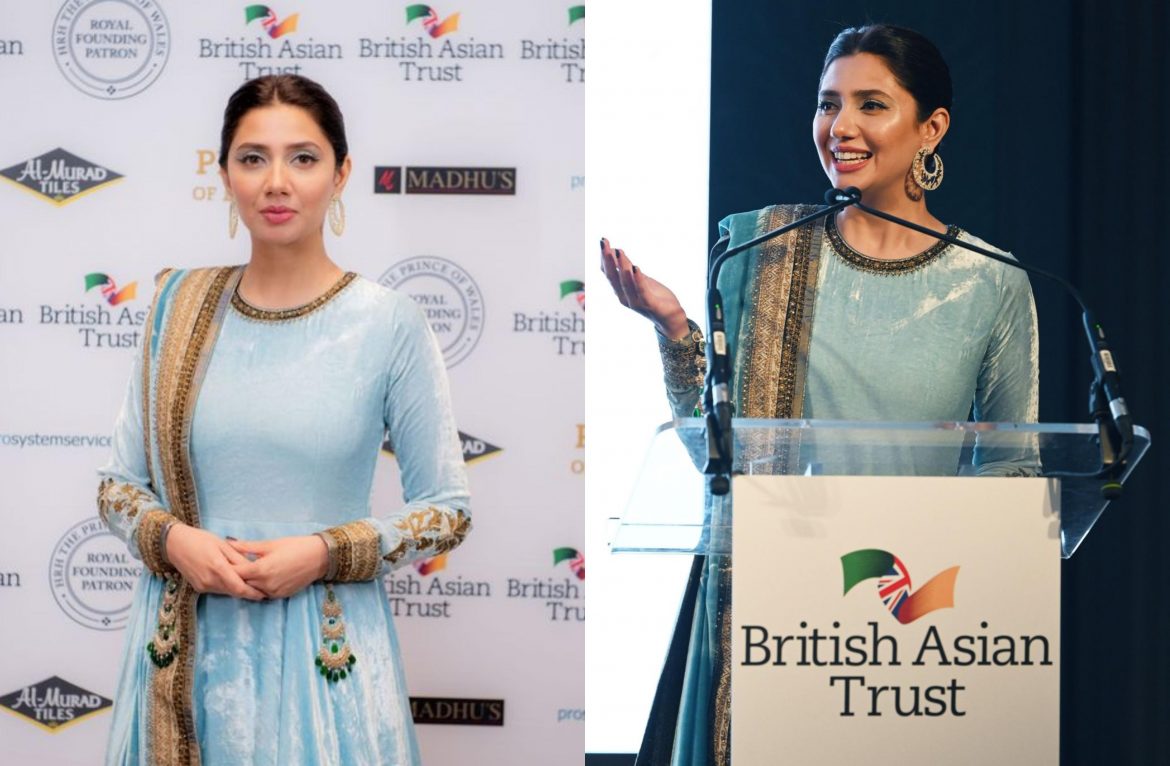 Mahira Khan has become the official ambassador for the British Asian Trust’s Mental Health Campaign ‘Peace of Mind’ in Pakistan.

Pakistan’s population is more than 200 million. As per Lancet psychiatry, it has the poorest mental health indicators. There were less than 500 psychiatrists for this population size by the last quarter of 2020.  The lack of mental health professionals in Pakistan has created a massive treatment gap for people suffering from mental health issues –  more than 90% of people with common mental disorders go untreated.

People with mental health diseases require treatment; without it, the issues can significantly worsen, affecting such people’s ability to maintain relationships. They end up isolated and alone and lend towards alcohol and drug dependency, hospitalization, severe depression and even suicide.

A post shared by The British Asian Trust (@thebritishasiantrust)

In a lengthy post on Instagram, the actress wrote, “I am proud to come on board as one of the official ambassadors for the British Asian Trust @thebritishasiantrust for their work In South Asia. Even prouder, to be able to spread awareness about mental health with their campaign ‘Peace of Mind’ in Pakistan. In Pakistan 1 out of 4 people are suffering from some sort of mental health issue. Unfortunately even now mental health is a subject which is taboo and there are stigmas attached to it.”

The post further read, “Untreated mental health issues can have a devastating impact on individuals, families, lives and relationships. Talking more about mental health, breaking the stigma around it and helping more people access support is so important – so they can have peace of mind. No one should ever have to suffer in silence. I request you all to inform yourselves about mental health… whether it is about you or someone else who might be suffering, it is important to be aware and informed.”

The topic of women’s undergarments is no less than taboo in Pakistan. They are not widely spoken about and are sold behind tinted-windowed stores in all parts of the country at large. Somehow, in our culture, ‘shame’ is affiliated with women’s anatomy, so there is little to no conversation about this topic on mainstream platforms which directly impacts the quality of the widespread products.