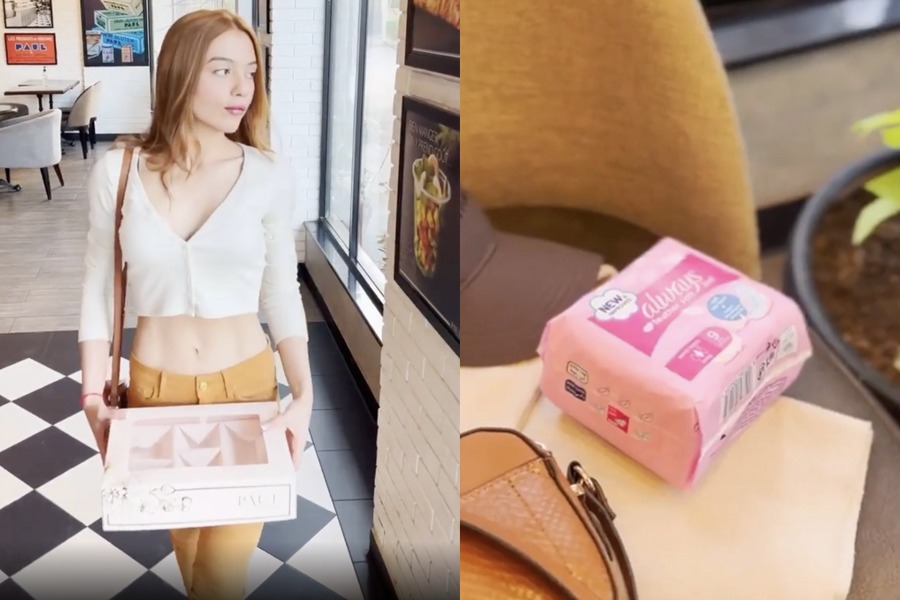 The ad, which has been deleted, was shot at a French Bakery and Patisserie, Paul Pakistan. In the ad, Nusrat walks around with a box of pastries in the bakery; shots of food and a pack of Always are seen next. Over the voice-over, Nusrat invites women to join her journey with the brand.

Following are a few pointers highlighted by Industry Experts:

Industry experts criticized a few pointers, one of them was the idea. It seemed like Nusrat collaborated with a coffee or a pastry house that is giving out sanitary pads as part of a deal or an offer.

The voiceover was not audible; perhaps it wasn’t recorded with proper equipment. On top of that, the accent was hard to comprehend. Some said they couldn’t understand what was being said even after hearing it multiple times. Others suggested it seemed as if the talent was speaking mandarin; to some, it sounded like a flight announcement.

Watch the Ad Below:

Some industry experts also criticized the choice of influencers. Being a popular fitness trainer, Nusrat is a good choice to promote sanitary napkins. The ad could have been shot differently – while working out, assuring her audience she feels secure with the brand with her long workout schedule.

Personal Attacks are not Constructive Criticism

Nusrat was attacked online for walking a certain way, dressing a certain way etc. A few defended Nusrat by saying that the social media ad was set for a specific target audience. Others defended her, saying it may be awkward to watch for certain audiences because Nusrat is not a regular/everyday Pakistani girl/woman and she does she fit into the cultural/society norm. Regardless, she is not a wrong choice as an influencer.

Always To Give Free Sanitary Pads to Young Girls So They Don’t Miss School Because of Menstruation. Read the full story here:

Many young girls in Pakistan still use cloth instead of sanitary pads due to a lack of education, awareness or affordability.1 in 5 girls in Pakistan still miss school due to the usage of cloth while menstruating. According to UNICEF, “Water, sanitation and hygiene facilities in schools are inadequate to meet menstruating girls’ needs” (in Sindh) which also becomes another great challenge for young women to attend school while being on their period.