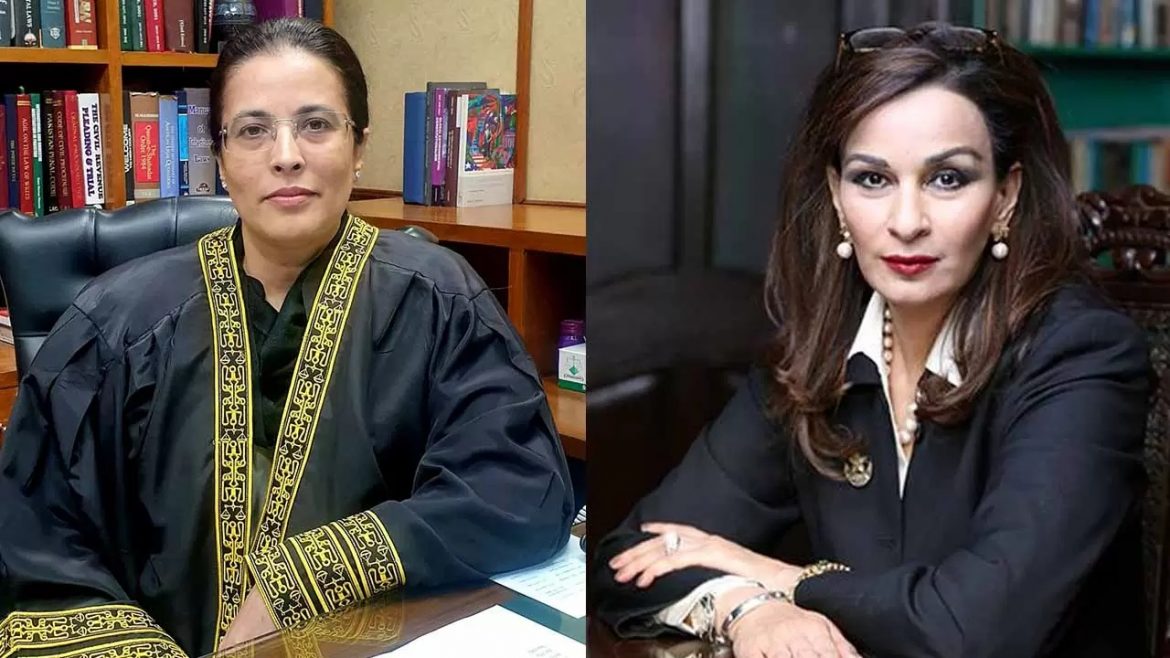 Once again the women of the nation have made us super proud. Justice Ayesha Malik and Climate Change Minister Senator Sherry Rehman have been featured in Forbes Asia’s 50 Over 50.

Forbes, a renowned publication and platform has compiled 50 profiles from all over Asia-Pacific of women over the age of 50 who have done ground-breaking work in their region.

According to the outlet, these women are proving that success can happen at any age in the fields of technology, medicine, art, politics, and more.

Forbes partnered with Mika Brzezinski and Know Your Value to produce this list.

While writing about Justice Malik, Forbes stated that she became the first woman to serve as a justice of Pakistan’s Supreme Court, in the country’s 75-year history.

Malik previously served for a decade as a judge on the Lahore High Court, ruling on the enforcement of international arbitration in Pakistan and sat on the Green Bench, advocating environmental justice”.

“In 2021, Malik issued a seminal judgement outlawing the use of virginity tests in rape cases. She also served on the board of the Punjab Judicial Academy and as chair of the Judicial Officers Female Supervisory Committee,” it highlighted.
Previously in December 2022, Justice Ayesha was also named one of the 100 most influential and inspiring women of 2022 by the BBC.

The BBC highlighted that Justice Ayesha has authored judgements protecting the rights of women, including her “landmark judgement which banned the so-called two-finger test of rape victims” which was performed during the examination of sexual assault cases.

On the other hand, highlighting Rehman’s achievements Forbes stated, “At the 2022 UN Climate Change Conference (COP27), Rehman made global news, suggesting a new deal to channel money from rich countries to poor ones that have suffered climate-related disasters”.

“She was the first female to hold office as Leader of Opposition in the Senate in 2018,” added the magazine.

We are ecstatic to see our women being recognized on global platforms for their hard work. This shows that age is literally just a number and that appreciation will be given and you will be recognized for the good work you put in for your country.

Kudos to Justice Ayesha Malik and Senator Rehman for their recognition and hard work.

What are your thoughts on this marvellous news? Share them with us in the comments below.
Stay tuned to WOW360 for more news and updates.

Pakistani Music Industry is Taking Over the Globe in 2023