Sunday, June 26 2022
Top Posts
4 Antioxidants That Your Skin Needs if you...
5 Ways to Prevent Ovarian Cysts in Women
3 Lassi Recipes to Beat the Heat in...
3 DIY Hotpot Recipes You Can Make at...
5 Tips to Keep Your Hair Sweat-Free During...
Fawad Khan to Make Debut in Ms Marvel...
“Women Can Accomplish Anything They Set Their Mind...
TikTok Releases First Album of Viral Hits
Mehwish Hayat Makes Her Debut as a Djinn...
‘Girls are No Less Than Boys’ Says Pakistani...
Social Issues

International Women’s Day 2022: Pakistani Celebrity Ali Rehman Highlights in an Exclusive Interview that it is time to #BreaktheBias 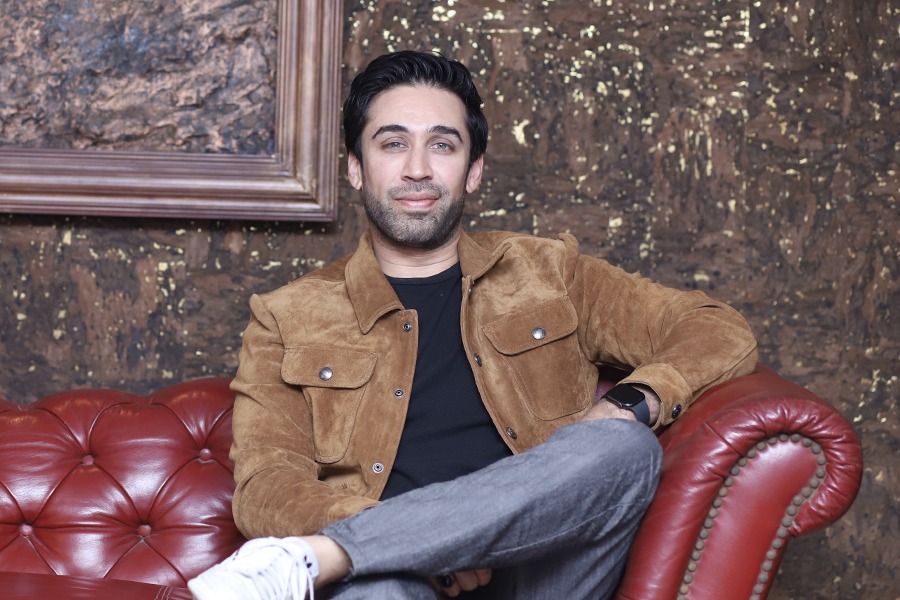 Pakistani Celebrity Ali Rehman has highlighted in an exclusive interview that it is time to #BreaktheBias, and let women do whatever they want.

Rehman’s upcoming drama serial, Badshah Begum, is a female-centered story set in the fictional town of Peeranpur in Pakistan’s south-eastern province. The series follows the story of the female protagonist, Jahan Ara, who is set to become the seat’s first matriarchal occupant. The series further navigates into the region’s deep-rooted socio-political and cultural mores that serve as a challenge for Ara.

Wow360 crossed paths with Pakistani actor Ali Rehman at the promotional interview of his upcoming drama. We asked him what kind of women inspire him in today’s age and time. The actor told us that young girls these days genuinely inspire him.

Young girls are so entrepreneurial, they are breaking all stereotypes about women in general that this country holds. I think it is about time that girls take their lives into their own hands and do whatever they feel like doing. I’m really inspired by those girls who don’t care about what people will say or what opinion our society holds regarding them, they just do what is good for them.

I am specifically inspired by girls and women who make something out of themselves. They are doing just what they want to do and are unashamed about it. I think that’s amazing, in our society – you have so much pressure, and there are so many taboos around females working, doing their own thing, not seeking permission.

“They are human beings they have every right to make their own decisions and do exactly what they want to do. “

It was refreshing to hear celebrities like Rehman inspired by young girls who are breaking the stereotypes and building themselves. Let’s hope, in Pakistan, more female-centered series are produced to tell stories of women in different positions of power.

Globally, we celebrate International Women’s Day on the 8th of March, which is just around the corner. Each year, we recognize outstanding measures women take in various fields, especially those dominated by men, despite facing diverse challenges such as the pay gap, gender bias, stereotypes, and norms.

This year’s theme for International Women’s Day is #BreaktheBias. Together we can build a free world from prejudice, stereotypes, and discrimination. We can yield women’s equality by making this world more diverse, equitable, and inclusive.

Research Suggests Women are Less Likely to be Corrupt as Compared to Men in the Same Position. Read the full story here:

The world as we know it is facing a severe corruption problem, and the best solution, as per experts, is hiring more women, stated in a recent article in “The Economist.” An NGO, Transparency International, had earlier released its annual report on corruption. The information was based on corruption that takes place globally. It reveals that there has been no improvement over the past 10 years in terms of corruption.