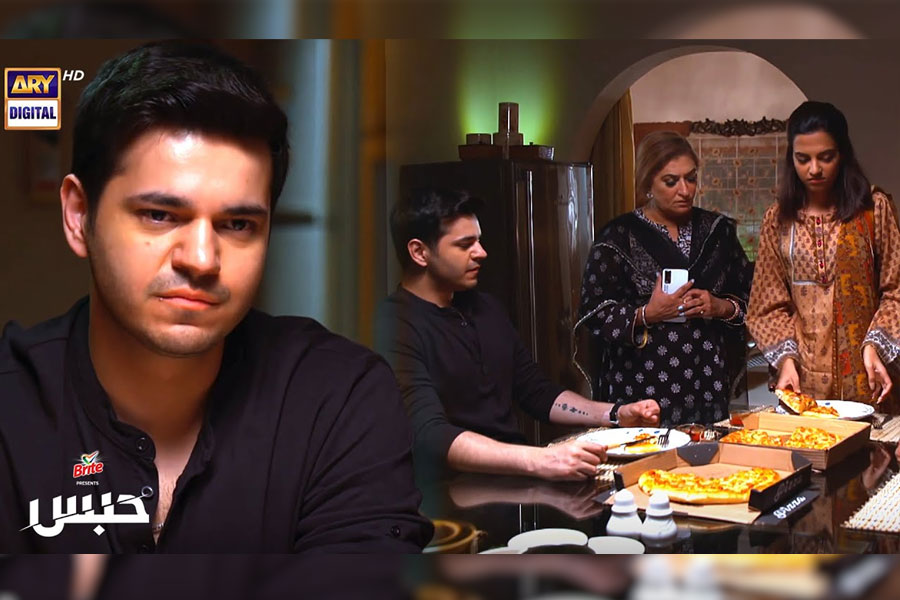 Social media is having a field day as a clip from the Pakistani drama serial ‘Habs’ starring Feroze Khan and Ushna Shah is going viral.

In the clip, we can see a girl leaving in a bad mood, but before she does, she takes a couple of slices of pizza before excising herself.

After she leaves, Zoya’s husband Amir is the one to point out   “Ketchup bhi nahi leke gayi woh,”  before angrily demanding to know, “aap logo ko ho kya gaya hai?” from his parents.

Netizens and meme creators did not hold back and started to make fun of the scene raising the question of why the ketchup was more important than him going after his wife.

Since then, hilarious memes and tweets have taken over. Here are some of the funniest ones we’ve come across:

I don't eat ketchup with pizza, but want a guy who worries when I dont take any. https://t.co/rUHTvARcPu

-I don't like #Ketchup will this society accept me?? 😭

Don’t worry, he brought the ketchup to her to make up for his parent’s behaviour.

This is not the first time Pakistani drama has been the centre of a laugh fest. As more and more shows come out, there have been concerns starting to be raised about the scripts promoting misogynist behaviour in men and weak female characters, as well as toxic in-laws.

Instead of showing how mature, stable, independent, and caring these female characters are and how they’ve beautifully managed to maintain the work-life balance, they are labelled as greedy, materialistic or even too career-oriented and ambitious women who don’t give two cents about their families.

This perception of women is not only dangerous to feed into young minds, but is also largely incorrect.

Will The Perspective of Weak/Evil Female Characters Ever Change in the Pakistani Entertainment Industry?

Not too long ago, Urwa Hocane also opened up about picking and choosing roles carefully or promoting changes in the scripts as stories these days show women as weak and dependent.

She went on to add that the industry has started to romanticize abuse and harassment of women and the younger generation which has started to become a cause of concern.