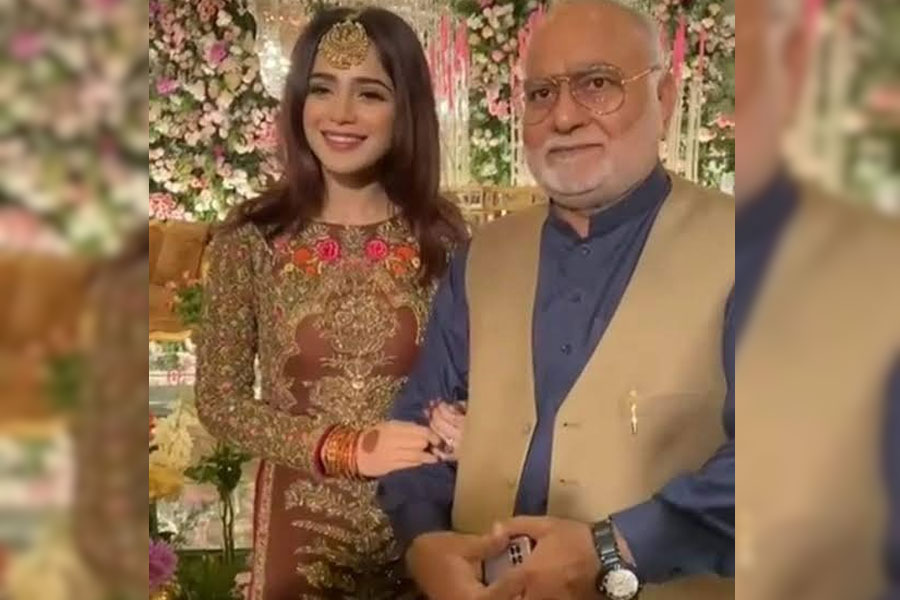 Pakistani crooner Aima Baig was recently a victim of online trolling after she announced that both she and her ex-fiance Shahbaz Shigri had ended their relationship mutually.

Later on, it was found that Aima Baig had been allegedly cheating on her ex-fiance with model Qes Ahmed, who was also cheating on his girlfriend with Aima.

Moreover, more videos, screenshots, and other material started to show on social media, after which people started to humiliate the Coke Studio singer.

On her father’s birthday, the singer wrote a touching letter to him. The celebrity said that because of his job, they had never been close until he moved in with her.

Aima Baig said that when the cheating rumours spread, her father became worried. The famous person also said that he did everything he could to fix things and make her feel better.

She also said that her father wanted to get her out of the mental and physical chaos. She wrote:

Thats my Father. I have always talked about my mother so passionately because she was the closest to me, and when she passed away… thats a different story. I was never too close w my dad, bcz of his work obligations. Until this past decade when he started living with us. As i was growing up i came to realize that, he loved me, my siblings, his family just as much as my mother did. Maybe more

This past week, he’d been watching me going through something major. I’ve always been the kind of kid who barely shows any remorse or bring any negative ambiance to the family, but what got me MEGA emo was that this whole time, i could see a helpless, yet strong concern in his eyes and actions for me. Like, he so badly wanted this whole mental and physical chaos to be over for me.

His tiny concerns, where he would ask me if he can make me my fav sandwich or his delicate knocks on my door just to check up on me if i’m okay? His soft strokes on my head while i pretend to sleep. I could see, how badly he wanted to just go back in time when i was in school and if i was ever bullied by someone back then, he use to stand up for his little daughter and take me to my fav candy shop later on, just to see that smile on my face.

Today is his sixty-something birthday. I might not have confessed this to him so blatantly, but i did today….
Hes been the best father to me, the only parent i have now, but his efforts to fulfil both duties have always been inspiring.

I love you Aba ji, more than ever. Thankyou to all of you guys too for making me see these tiny little things that only family and friends can do and feel for each other. Happy birthday father ❤️

P.s one last thing, its my father, respect would be appreciated.

Aima Baig said that he is the best father to her and the only parent she has now. She said it was amazing how he was able to do both jobs.

However, she has her concerns as his daughter about how this incident affected his health and mental state throughout. While he was there for his daughter, she wants social media to understand he is her only parent and the countless and ruthless trolling is affecting his health too.