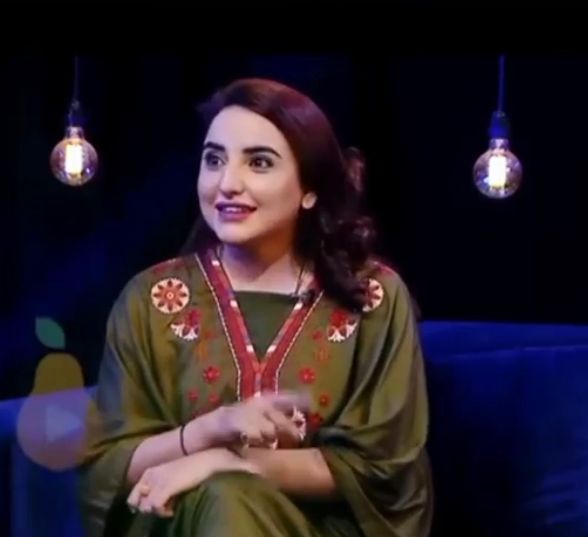 Pakistani TikToker, Hareem Shah is back in the news, and this time for revealing her first salary figures and not because of a lewd headline.

Shah appeared in a web show, To Be Honest, hosted by Tabish Hashmi, where she answered the host’s question about what her first paycheck looked like. Shah responded that her first project was for a company in Dubai where she worked as a Brand Ambassador. She was paid PKR 600,000 for the job.

Hareem is a viral clip from TBH that says, “There was a company in Dubai. They called me there, and I became their brand ambassador.”  She added, “Jo meri first salary this, wo 6 lac ki”.

She said she was really happy to find out she was getting the sum paid for the work. “And today, even Rs600,000 isn’t enough,” she said with a smile on her face while the audience hooted in the background.

Shah reveals interesting details about the Interior Minister of Pakistan, Sheikh Rasheed, from time to time. She often claims that the reason why the politician is still single is because of her. She also called him on the show. However, she was snubbed by him after he asked her ‘ring’ later.

Earlier this year, the TikToker posed in bridal outfits, posted photos online, and claimed she was married. Everyone on the internet talked about her beau being a Sindhi politician affiliated with the Pakistan People’s Party (PPP). Some sources also revealed that he is a minister. Turns out it was a shoot for a makeup artist and that Shah was bluffing to promote the makeup artist and designer.

On Monday, Pakistani TikToker, Hareem Shah who is one of the top 10 people who were most Googled in 2020, revealed pictures from her wedding. She has finally tied the knot after all these years. What is surprising is that she never revealed her husband to the media. However, everyone is talking about her beau being a Sindhi politician affiliated with the Pakistan People’s Party (PPP). Apparently, according to some sources, he is a minister.