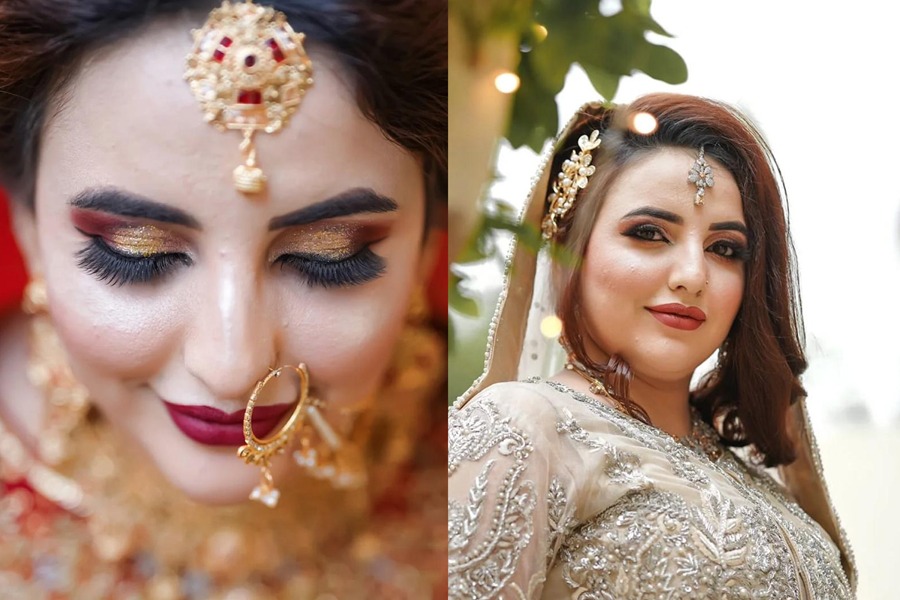 On Monday, Pakistani TikToker, Hareem Shah who is one of the top 10 people who were most Googled in 2020, revealed pictures from her wedding. She has finally tied the knot after all these years. What is surprising is that she never revealed her husband to the media. However, everyone is talking about her beau being a Sindhi politician affiliated with the Pakistan People’s Party (PPP). Apparently, according to some sources, he is a minister.

It seems as if the identity of Shah’s husband may never come to the surface. However, she has told a leading news channel that she will soon unveil all the details of her marriage and, of course, introduce her husband to the public. After all, she is a public personality and will reveal bits of her private life slowly and gradually on social media.

The reason behind not revealing her beau right now could possibly be to generate anticipation among fans, which she is generally pretty good at

Previously, an image of the star wearing a diamond ring went viral. It was rumored that she had gotten engaged, and it turns out it was true, as she eventually revealed she did tie the knot, after all.  At the beginning of the year, Hareem made headlines when she was caught on camera slapping Mufti Qavi. Shah claimed that she slapped the Mufti due to his inappropriate remarks about her and her friend.

She said, “I have no regrets. If men like him are punished, there will not be rapes in Pakistan,” says Hareem Shah. “He spoke salaciously, and we have recorded the whole conversation.”

Shah is one of the seven women who made it to Pakistan’s Top 10 Most Googled People 2020. Her selfie with Prime Minister Imran Khan became quickly popular on the internet after it hit social media.

7 Women Made it to Pakistan’s Top 10 Most Googled People in 2020. Read the full story here:

Google released its lists of top trending searches for this year. Out of the Top 10 people on the list, 7 people are women, including Marvi Sarmad, Uzma Khan, Alizeh Shah, Hareem Shah, Minahil Malik, Esra Bilgiç, and Sarah Khan and 3 are men.

Curtain Bangs Are the Latest Summer Hair Trend for 2021