Sunday, June 26 2022
Top Posts
4 Antioxidants That Your Skin Needs if you...
5 Ways to Prevent Ovarian Cysts in Women
3 Lassi Recipes to Beat the Heat in...
3 DIY Hotpot Recipes You Can Make at...
5 Tips to Keep Your Hair Sweat-Free During...
Fawad Khan to Make Debut in Ms Marvel...
“Women Can Accomplish Anything They Set Their Mind...
TikTok Releases First Album of Viral Hits
Mehwish Hayat Makes Her Debut as a Djinn...
‘Girls are No Less Than Boys’ Says Pakistani...
CultureFeaturedTrailblazer 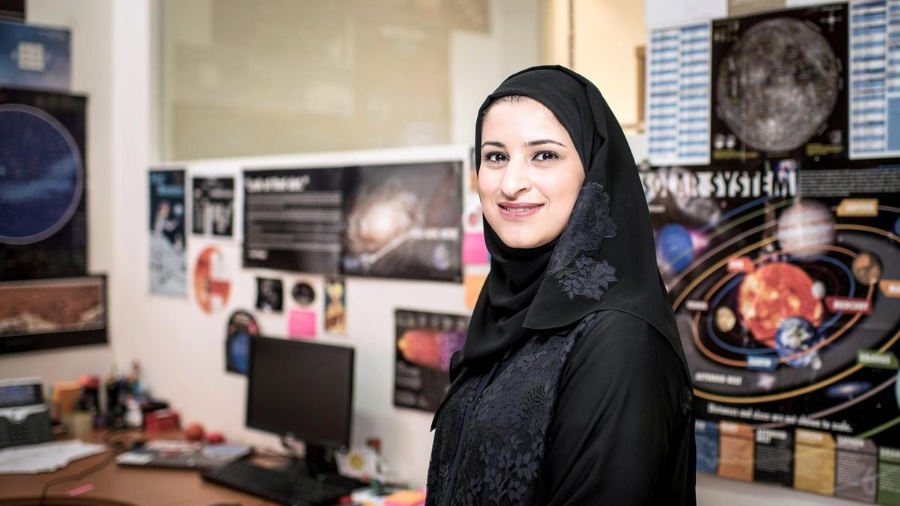 UAE was one of the nations that successfully entered a spacecraft into orbit around Mars on the first try after India and the EU. In UAE, leading the expedition was deputy project manager is Sarah bint Yousif Al Amiri. She is a 33-year old Iranian-born is a computer engineer.

In 2008, Al Amiri studied BSc in Computer Engineering from the American University in Sharjah. From the same university, she studied M.Sc. in computer engineering in 2014. Previously she has worked with Emirates Institution for Advanced Science and Technology (EIAST) for two years.

In 2014, Al Amiri became the program manager for advanced aerial systems in the country’s space center.  Her responsibility included putting together an engineering team for the space agency. In 2016, she then appointed the head of the Emirates Science Council.

In 2017, she became the country’s first Minister of State for Advanced Sciences. Al Amiri is the youngest minister globally and is also the youngest to lead a space agency.

In 2019, she was invited to World Economic Forum (WEF) to speak at Davos, which made her the first Emirati to speak at an international TED event. She was also covered by the BBC’s 100 Women, a documentary series that examines the role and lives of women in the 21st century globally.

Later in August of 2020, she became the UAE Space Agency Mohammed Bin Rashid Space Centre chairperson. In conjunction with the University of Colorado Boulder, University of California-Berkeley, and Arizona State University, the agency developed the Hope orbiter (or Al Amal).

Today, I participated at the Emirates Society’s webinar alongside @MansoorAbulhoul, the UAE’s ambassador to the UK, Sir Ian Blatchford, the Director of the Science Museum and @OmranSharaf, the Project Director of Emirates Mars Mission to talk about the Hope Mission to Mars. pic.twitter.com/mDDvOpzCz4

She is truly an inspiration for young women today.

Pakistani scientist Shazia Sadiq has received an international commendation for her innovative STEM research. Due to her progress, she has been selected for an advanced scientific research project by The Australian Academy of Technology and Engineering (ATSE).