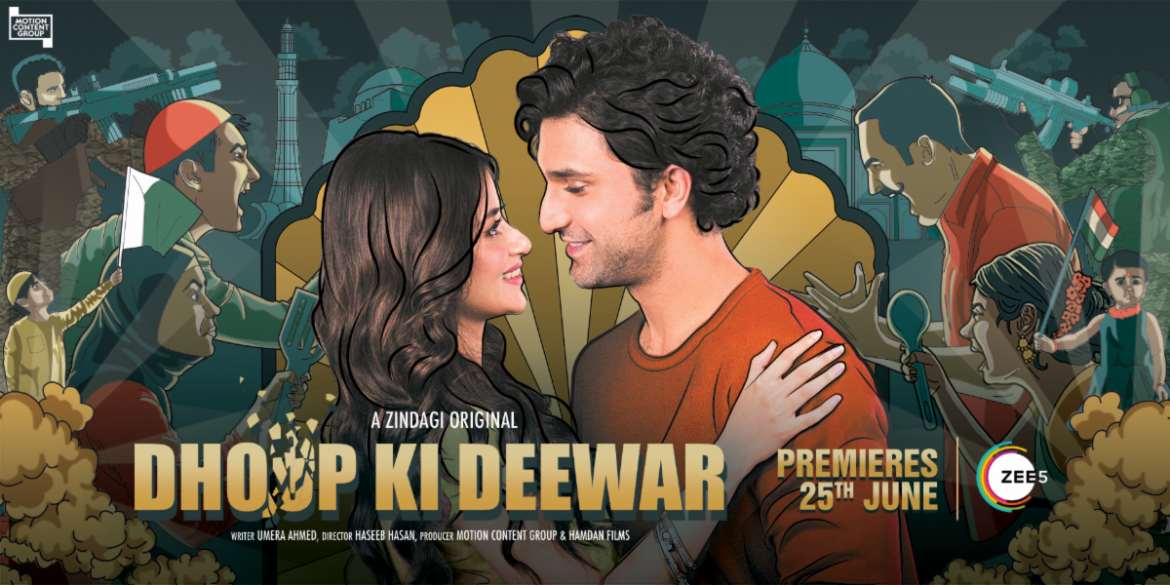 ZEE5 recently dropped the much-awaited trailer of Zindagi’s third original Dhoop Ki Deewar scheduled to launch on 25th June 2021. Even before its release, the show has started winning accolades for its superlative character portrayals and captivating performances. With a promising cast and gripping storyline, the show has received tremendous praise and love globally.

Reciprocating the love and positive response from the viewers in Pakistan, ZEE5 has announced that the show will be available for free on the platform and the viewers will not have to pay a subscription fee to watch it. This special gesture in Pakistan is a reinforcement of the series’ message of Heart over Hate and an attempt to take this show and its premise to maximum viewers across the country.

Speaking on this, Archana Anand, Chief Business Officer, ZEE5 Global, said, “We’re thrilled to bring our latest Zindagi Original Dhoop Ki Deewar for free to our viewers in Pakistan as a very special gesture. Written, produced, and directed locally by an excellent cast and crew, this web series carries a powerful message and is sure to resonate with viewers as it touches upon the themes of war, love, and shared grief. We hope that you will enjoy watching this beautiful story.”

“We are delighted to announce a free airing of Dhoop Ki Deewar in Pakistan and with this, we hope that more and more people can watch the show. We’ve always believed that art transcends borders and has the power to unite. Aligned with the same thought, Dhoop Ki Deewar has an underlying message of peace and harmony. The love that the show has received since the time it was announced has only validated our belief and given us more power to tread in that direction,” said Shailja Kejriwal, Chief Content Officer, Special Projects, Zee Entertainment Enterprise Ltd.

Produced by Motion Content Group and Hamdan Films, Dhoop Ki Deewar, a tale of love, family and loss that highlights the social impact of war, is an upcoming ZEE5 exclusive and a Zindagi Original web series. It is written by Umera Ahmad and directed by Haseeb Hassan.

Dhoop Ki Deewar is set to premiere on 25th June.