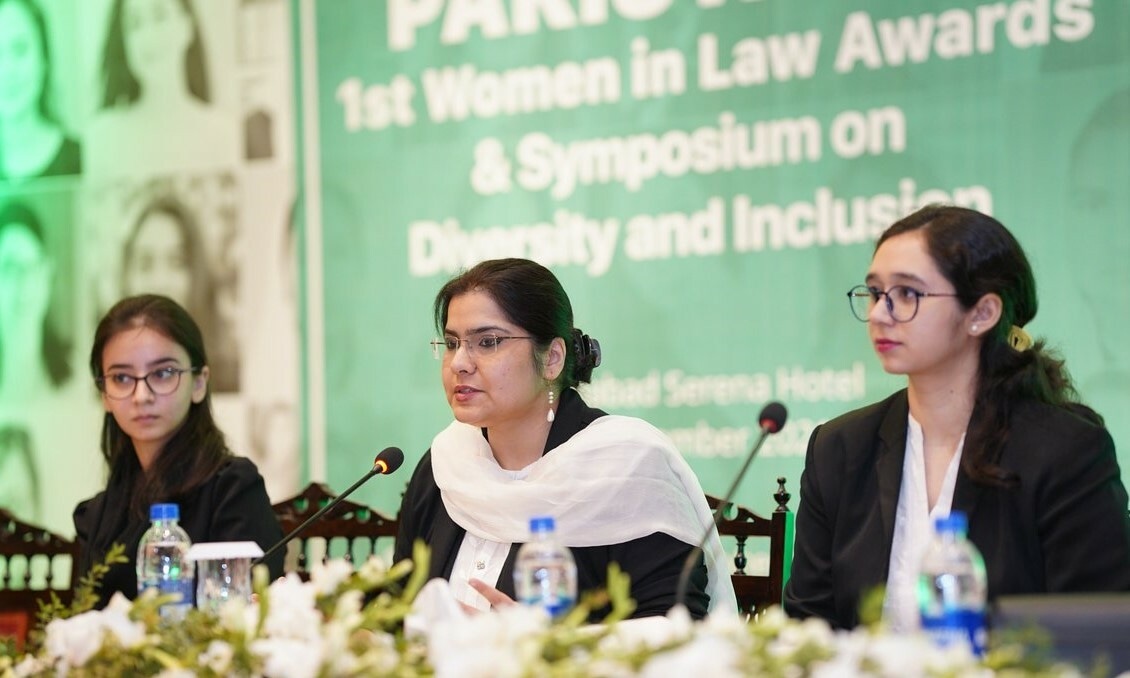 On Wednesday, Pakistan’s first Women in Law Awards 2020-2021 and symposium on diversity and inclusion took place in Islamabad.

The organization was established in 2016 and is a leading pioneer working towards equal opportunity and networking of female lawyers in Pakistan. Women in Law have over the years worked to call attention to and mainstream gender quality in the legal profession through various initiatives.

The awards show featured 71 nominees in 18 categories. The list of complete winners are listed below:

Advocate of the Year:

Rising Star of the Year:

Gender Project/Initiative of the Year:

Pro bono Contributor of the Year:

Mentor of the Year:

Academic of the Year:

Unsung Achiever of the Year:

Outstanding Comeback of the Year:

Transactional Lawyer of the Year:

Sole Practitioner of the Year:

Legal Department of the Year:

Law Student of the Year:

The founder of Women in Law initiative Pakistan and curator of the event, Nida Usman Chaudhary, said on the occasion, “To see female lawyers being given their due recognition and visibility at the national level has truly been a dream for which we at Women in Law have worked for all these years.”

She mentioned all those who, without their support, this wouldn’t have been possible, “This would never have been possible without the leading support of Hon’able Federal Law Minister Dr. Muhammad Farogh Nasim and Parliamentary Secretary, Federal Ministry of Law and Justice, Barrister Maleeka Bukhari.”

The organizers faced many challenges. However, they were determined, “In spite of the challenges that came our way, support from the Federal Ministry, our sponsors, the Australian High Commission, the British High Commission, and implementing partner, Group Development Pakistan, has been unflinching for which I am very grateful. We are very happy that all our hard work is now coming together for everyone to see.”

From begging on the roads to achieving her goals, Nisha Rao is the first Pakistani Transgender Lawyer from a military background. The transgender community has faced the worst forms of rejection and discrimination in our society. However, despite the challenges, a few transgender people managed to follow their passion and turn their dreams into reality.