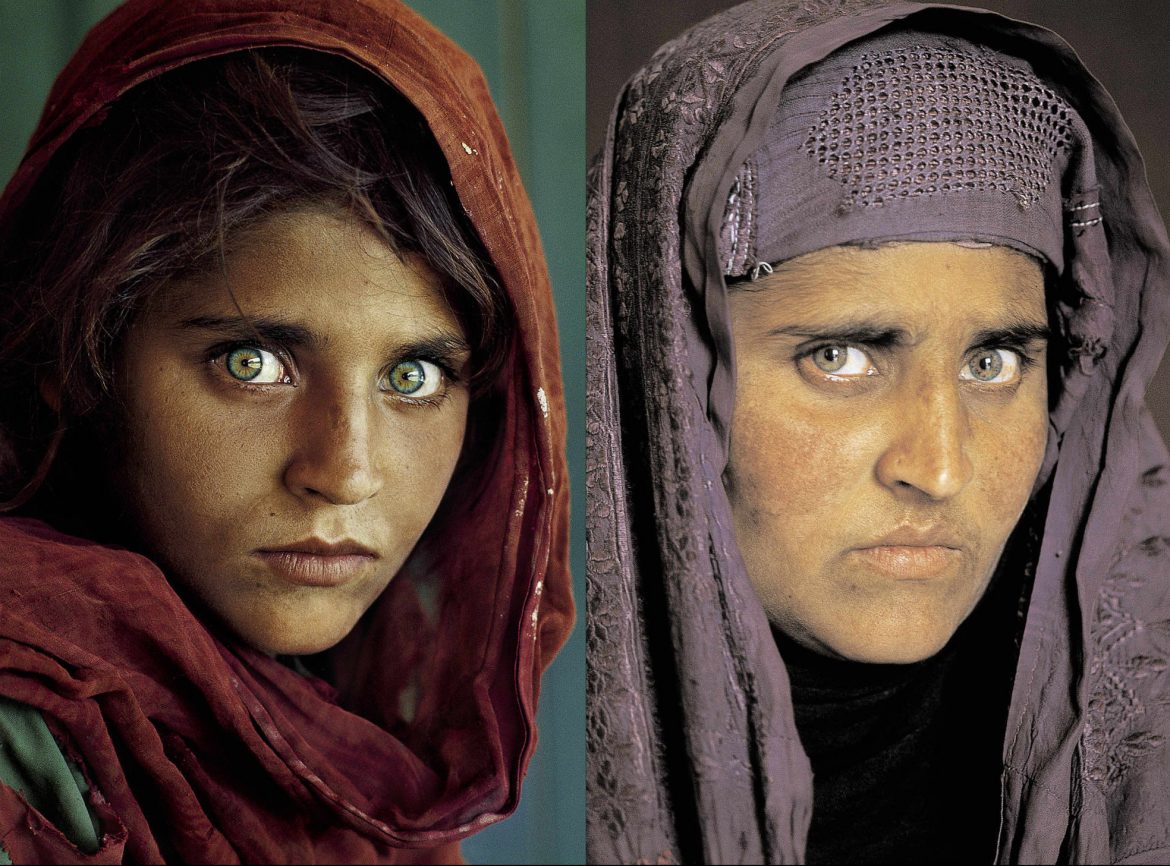 Prime Minister of Italy Mario Draghi’s office has said that Sharbat Gula, the green-eyed “Afghan Girl,” has been given refuge in Italy after the Taliban takeover.

Sharbat Gula is the green-eyed ‘Afghan Girl’ who appeared in a National Geographic cover in 1985. She was photographed by Steve McCurry, whose career reached enormous heights after the photo was out. He sold the prints of the photo for thousands of dollars and was also renowned as the greatest photographer. However, on the other end, Gula’s life changed for the worse after her photo made it to the magazine’s cover.

After the Taliban takeover in August, Gula had to leave Afghanistan.

She sought help from the Italian government, and so they intervened and successfully evacuated her to Italy.  As per the government statement, her arrival to Italy is part of a comprehensive program to relocate and integrate Afghan citizens. The statement further said that the Italian government would help get her back to life in the country. As per Daily Mail, Gula, a mother of four and a widow now, is battling hepatitis C.

Her famous picture was taken at an Islamic all-girls school somewhere near the Afghanistan-Pakistan border when Gula was 12-years-old, where McCurry, with the help of a teacher, forced her to uncover her face and pose.  The photo was published without her consent and her family’s. McCurry never found out what the girl’s name was until 2002; the NG team decided to track their “‘mysterious Afghan Girl’ for a follow-up story.”

Arrested in Pakistan, deported to Afghanistan in 2016

In 2016, Gula forged a national identity card to move to Pakistan but was caught and arrested in Peshawar. She was deported back to Afghanistan. At the time, President Ashraf Ghani promised her he would provide her with an apartment to assure she “lives with dignity and security in her homeland.”

“As a child, she captured the hearts of millions because she was the symbol of displacement. The immense beauty, the enormous energy that she projected from her face captured hearts and became one of the most famous photographs of the 1980s and up until the 1990s,” Ghani said.

Reports from August revealed that women who worked at offices had been told to leave and never to return in many cities. Instead, their male relatives, father, or brother can take up their positions. Reports also suggest that women are sent back from universities and little girls from schools and asked never to return.

The militant Islamist group in 1990 -2001 also banned women from education and the workplace.

Pakistani illustrator Shehzil Malik calls out American photojournalist Steve McCurry for his photo of “The Afghan Girl” for National Geographic. Malik wrote a lengthy post on Instagram that highlighted unethical storytelling, which is also common in Pakistan. Malik wrote in her post that she has been thinking about “The Afghan Girl,” Sharbat Gula lately, who appeared on the front page of 1985’s National Geographic.