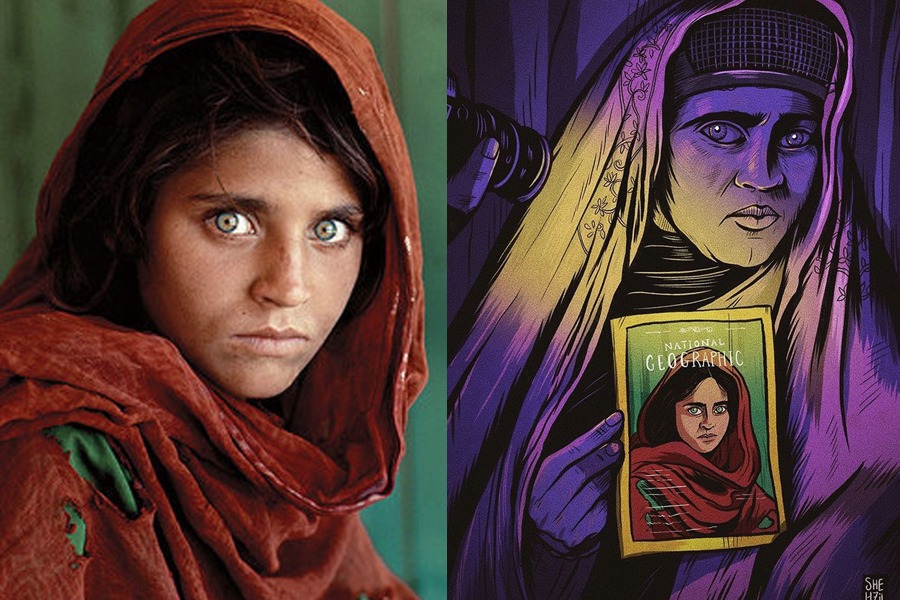 Pakistani illustrator Shehzil Malik calls out American photojournalist Steve McCurry’s for his photo of “The Afghan Girl” for National Geographic. Malik wrote a lengthy post on Instagram that highlighted unethical storytelling, which is also common in Pakistan.

Malik wrote in her post that she has been thinking about “The Afghan Girl”, Sharbat Gula lately, who appeared on the front page of 1985’s National Geographic. While Gula’s life had changed for the worst after her photo made it to the magazine’s cover, photographer McCurry career reached heights he had never imagined. He sold the photos prints for thousands of dollars and was also renowned as the greatest photographer working up to date.

The Story Behind the Portrait

Malik wrote in her post that “the story behind the portrait is very different from the glossy magazine spread”.  All this at the cost of Sharbat Gula’s mobility and peace. The picture was taken at an Islamic all-girls school somewhere near the Afghanistan-Pakistan border, where McCurry, with the help of a teacher, forced Sharbat Gula to uncover her face and pose.

The Photographer and the Subject

All across the world, we see how photographers complain if they find out they aren’t given their due credits, but what about the subject? Where do we draw the line? Sharbat Gula’s name was never mentioned in the magazine, nor was she ever paid a penny for it. The photo was published without her consent and her family’s. In fact, McCurry never found out what the girl’s name was until in 2002; the NG team decided to track their “‘mysterious Afghan Girl’ for a follow-up story.”

A reporter asked Sharbat Gula, now grown old, how she felt about being on the magazine’s cover; she answered that her brother said she would not see a day’s happiness. Where Sharbat Gula lives, women can’t appear in the media, or the situation can become life-threatening for them. 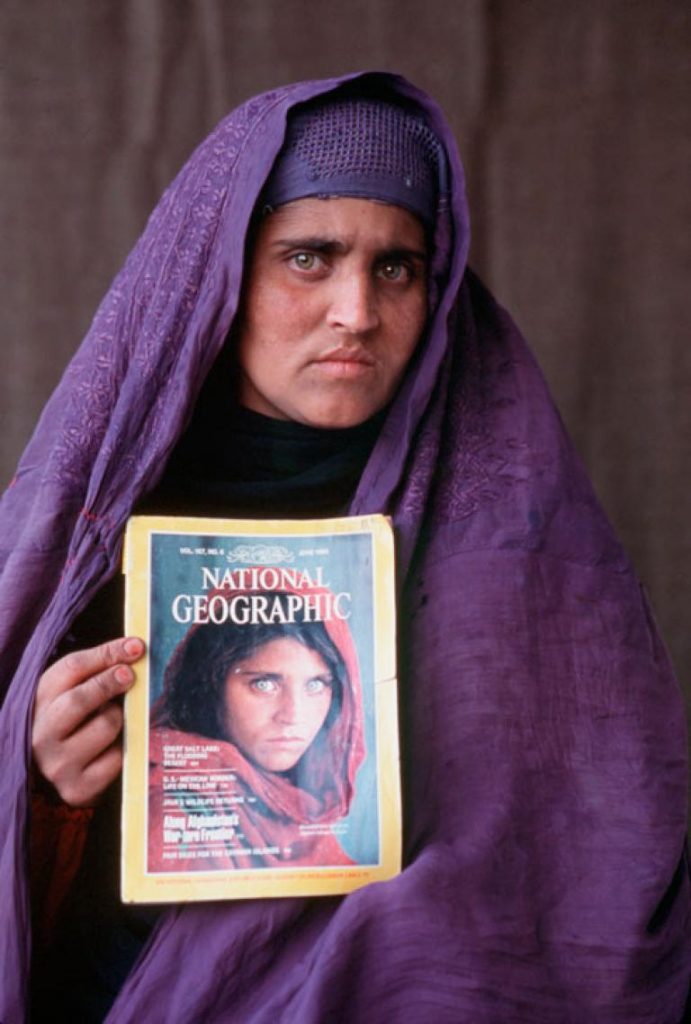 Afghanistan and Pakistan used her renowned face for their optics, which put her further in danger from the conservative Afghans. In 2016, the Pakistani government arrested Sharbat Gula for her fake ID; she was then deported back to Afghanistan.

Malik highlights that such a renowned storyteller adopted unethical ways of storytelling, which is immoral. Photographers can’t let go of what happens to the subject if they put a particular set of info out for the world to observe. 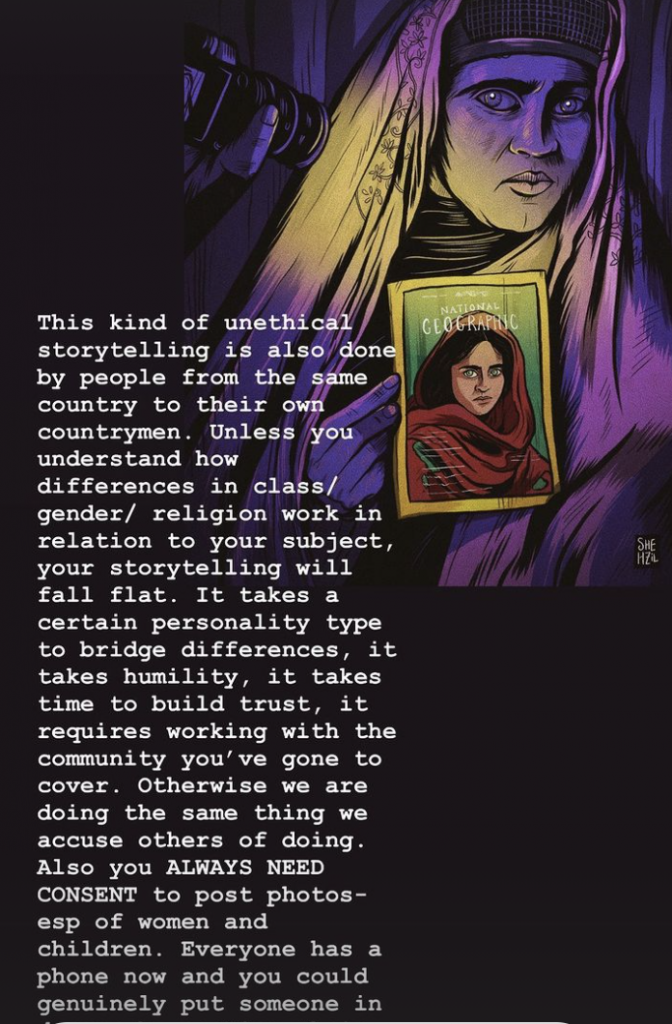 Similar unethical practices are also carried out by people from the same country to their countrymen. We must identify that consent of the subject is the most important thing a photographer needs.

Shehzil Malik, a young Pakistani ‘artivist’ shared that her artwork has been selected for United Nation’s poster competition. The theme focuses on raising awareness about COVID-19 through art. The idea of the competition was to convey key messages associated with stopping the spread of the deadly virus. People around the world are appreciating the efforts of every participant.

Have something to add? Let us know in the comment section below.
For more news and updates, stay tuned to Wow 360.
National GeographicPakistani IllustratorSharbat GulaThe Afghan GirlUnethical Storytelling
0 comment
0
FacebookTwitterPinterestEmail