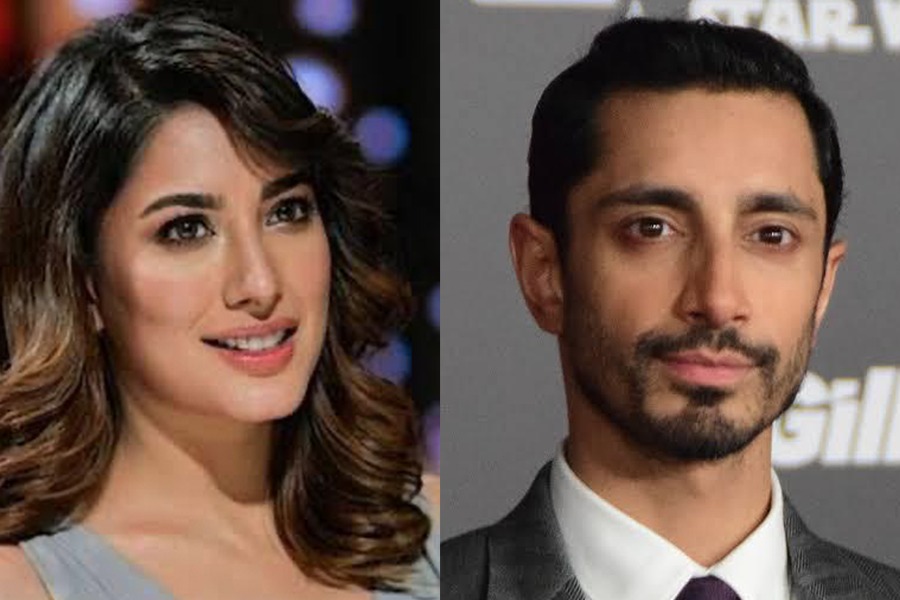 Dua Lipa and Olivia Wilde praised the star for their efforts, while locally, Feroze Khan appreciated the actor raising the issue. Ahmed has collaborated with Pillars fund and Ford foundation to help Muslims showcase their talent onscreen without being pushed to do the same old roles that fuel Islamophobia. He said last week, “Muslims are either invisible or villains.”

Hayat took it to Twitter to share clips from a speech she made in Oslo back in 2019 that emphasized the misrepresentation of Muslims and how it is fuelling Islamophobia. She tweeted, “So glad to see @rizwanahmed taking positive action, a real watershed moment, time for our industry to step up and also counter the way that we are shown in Hollywood and Bollywood. We need films ‘about’ and not just ‘for’ Pakistan. Something I advocated in Oslo in 2019.”

The issue of misrepresentation of Muslims and how it is fuelling Islamophobia is a poignant one for me. So glad to see @rizwanahmed taking positive action. A real watershed moment. Cont. 1/2 pic.twitter.com/1QdW74dbjJ

Tamgha-e-Imtiaz recipient said in the clips, “Ours was a volatile birth, and we were embroiled in one conflict or another for as long as I can remember. For us, peace has become a relative state of mind. Even as I address you today, we are at the brink of yet another conflict with our neighbour over Kashmir, which literally blew up last week.”

“But why should all of this matter to me as an actress? Shouldn’t I do my films and move on? I cannot do that because I believe we in the film industry carry a tremendous responsibility. Cinema is a very powerful tool,” she said while emphasizing how big screens hold the power to alter the outlook of the masses towards a certain group.

She then addresses Hollywood filmmakers, “I sincerely believe that Hollywood films and programs vilify my country and portray us as backward terrorists, which has had a profound effect on the psyche of the west. It has greatly influenced what people think of Pakistan. Homeland, Zero Dark Thirty, The Brink, to name a few, have built an image of my country that I certainly don’t recognise.”

2/2 .. Time for our industry to step up and also counter the way that we are shown in Hollywood and Bollywood. We need films ‘about’ and not just ‘for’ Pakistan. Something I advocated in Oslo in 2019. pic.twitter.com/kU3bQWQICK

“We have lost almost 70,000 lives and countless billions since 2001. That is more than any other country; where is that being shown? In a time where they could’ve used that power, they yield to bring us together; what do they do? I have lost count of the number of films even in the last year, which show Pakistan in the bad light,” the actor exclaimed.

She then added, “I understand that given our history, upbringing, and the politics in the region, it is very difficult to be neutral. And being so can be seen as unpatriotic. However, if we want to have any semblance of peace for future generations, we as artists have to look beyond nationalism. We can present a more nuanced picture of our country across international audiences.”

She then suggested, “Maybe we should start making films about Pakistan, not only for Pakistan. Hollywood has to accept the damage they’ve inflicted on my country with how they’ve portrayed us. I don’t ask for more positive representations, but can these representations be more balanced?”

She ends the conversation by saying,  “As for our neighbours, they really need to decide, what is it that they want – nationalistic fervour or a peaceful future? Like our Prime Minister Imran Khan said, if they are willing to take the first step towards peace, we are willing to take ten more. I pray that common sense prevails, and we can witness peace in our region within this lifetime.”

New York Times Best Selling Author Fatima Farheen Mirza became the favourite topic for fans to ponder upon after the British Pakistani actor Riz Ahmed revealed on The Tonight Show Starring Jimmy Fallon that he had tied the knot with the author during the lockdown.