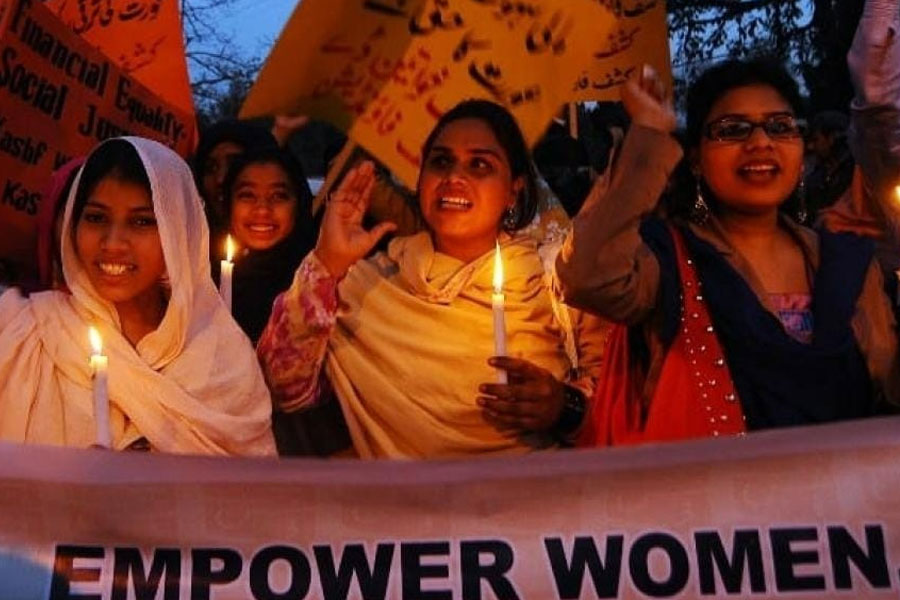 According to the World Economic Forum’s (WEF) latest Global Gender Parity Index report, Pakistan now ranks 145 out of 146 countries, making it the second-worst country for gender equality, while Iceland ranks at #1 as the only economy to have closed 90% of the gender gap (#GenderGap22).

The new report reads that now it will take approximately 132 years to close the gender gap between men and women, only 68% of the gap has been closed, with just 10 economies managing to close more than 80% of the gender gap.

The Geneva-based organisation’s annual report tracked disparities between the genders in 146 countries across several areas including education, health, economic opportunity and political empowerment.

Contained inside, the world's most gender-equal countries, where the gap still needs closing, and the actions being taken to do so.

Joining Pakistan in the top 5 worst countries are the Democratic Republic of Congo, Iran, Afghanistan, and Chad. Whereas, the top 5 countries along with Iceland are Finland, Norway, New Zealand, and Sweden.

As per the WEF report, Pakistan was among the 5 countries with a gender gap greater than 5%, with the other countries being Qatar, Azerbaijan, China and India. Moreover, Pakistan has closed 56.4% of the gender gap in 2022 — the highest overall level of parity the country has posted since the report launched in 2006.

Though the country has made significant improvements across the subindexes with positive variations in the economy, it still struggled to climb the ladder. Pakistan ranked 145 on economic participation and opportunity, 143 on health and survival, 135 on educational attainment and 95 on political participation.

However, between 2021 and 2022 the share of women in professional and technical roles as well as in senior, legislative and managerial roles increased slightly (6.7 percentage points and 5.4 percentage points, respectively). Pakistan is the country where women have the smallest share of senior, managerial and legislative roles (4.5%), compared to other countries such as Jamaica.

#GenderGap22: 3 Reasons Why Pakistan Continues to Slip Down the Ladder

Since 2006, the Global Gender Gap Index has measured the world’s progress toward gender parity across four key dimensions: Economic Participation and Opportunity, Educational Attainment, Health and Survival, and Political Empowerment.

At a global level, only 68.1% of the gender gap has been closed, meaning it will take another 132 years to reach gender parity. This is a slight improvement from last year, but three decades longer than the situation in 2020, before the impacts of COVID-19 on gender equality.

As per the newest reports by United Nations, Pakistan will see a massive increase in its population by 56% by 2050. This means that Pakistan will be home to over 366mn individuals, hence resulting in more competition in the private and government sectors. Moreover, with limited crop production, and limited production of other materials, the scarcity means that it will become harder for people to survive in the upcoming years.

Yes, as sad as it may be however it is still true, even in the 21st century after living in a progressive world and time many families to date choose their male children over female children. The girl child is not given the right to education, is always told she belongs in the kitchen, not an office and is stripped of her freedom to make financial and independent decisions. Hence, men get more chances at a better life than their female peers – enabling a larger gap instead of closing it.

Do you think Pakistan will be able to close the gap in the next 130 years? Share your thoughts with us in the comments below.

Afsheen Gul: The Heart-Tugging Story of How an Indian Doctor Saved This 13-Year-Old Pakistani’s Life