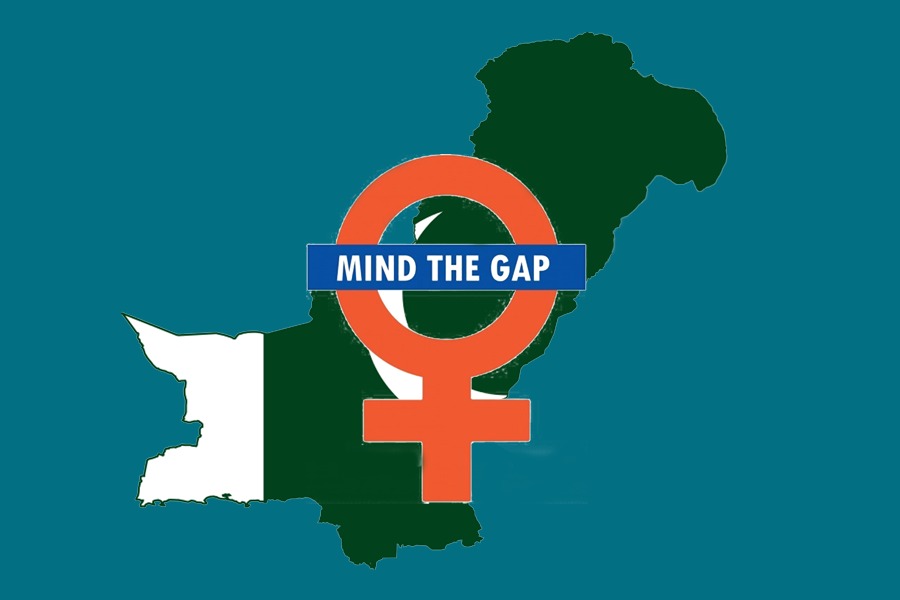 The world’s 5th most populous country, Pakistan (population 238,181,034) out of which 49.2% are women, has displayed a troubling performance this year and slipped further in the Global Gender Gap 2021. The country is ranked at 153rd out of 156 countries in the report published by the World Economic Forum on Wednesday.

In this edition of the report, the gender gap in Pakistan has widened by 0.7 % points to 55.6 percent, making it a worse country for gender parity.

In two of the four indexes, the country features among the bottom 10 countries: Economic Participation and Opportunity (152nd), Health and Survival (153rd), Educational Attainment (144th), and Political Empowerment (98th). 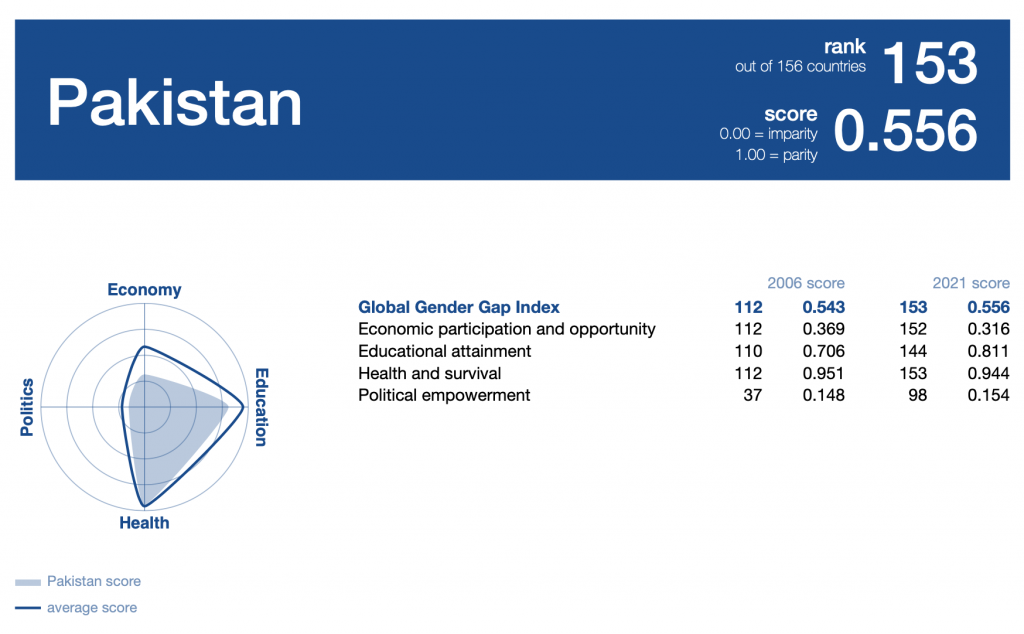 In South Asia, Pakistan ranked seventh among eight countries, while Afghanistan ranked eighth, making it the worst on the list. The report stated that the estimated time to close the gender gap is 136.5 years as the “progress has stagnated.” 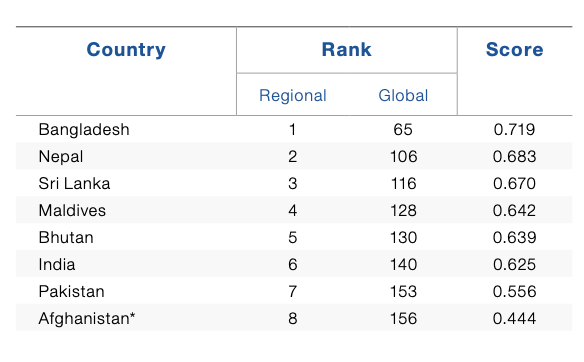 Over time, Pakistan’s rankings have worsened, with data collected pointing that in 2006, the country ranked 112 in economic participation and opportunity, 110 in education attainment, 112 in health and survival, and 37 in political empowerment.

1. Economic Participation and Opportunity for Women

According to the report, a Pakistani woman’s income is 16.3% of a man’s income. Only 26.7% and 5.2% gaps have been closed so far, which means that there are great income disparities between women and men.

Pakistan has closed just 31.6% of its Economic Participation and Opportunity gap. Few women participate in the labor force and even fewer are in managerial positions.

Lack of progress on women’s labor force participation hinders economic opportunities for women throughout the region. Only 22.6% in Pakistan are active in the labor market, and only 4.9% of women (95% gap) are in managerial positions.

The report also stated that women in Pakistan do not have equal access to justice, ownership of land, and non-financial assets or inheritance rights. However, women who have taken up professional and technical roles show signs of improvement (25.3%, up from 23.4% in the previous edition of the index).

Health and Survival is the second-best subindex in terms of progress towards gender parity globally. In Pakistan, the health and survival gender gap has closed 94.4 %, tracing back to the persistence of son preference and sex-selective practices, stopping a faster evolution toward parity on this dimension.

The gap in Health and Survival has mained substantially stable over the past few years. Although it can be considered virtually closed in most countries, there are still countries such as Pakistan (94.4%) where uneven access to health for women and pre-or post-natal sex selection persist.

Relatively, progress is advanced in terms of educational attainment. In South Asia, 93.3% of the regional gender gap has been closed, yet differences remain across countries and education levels. The gender gap exists when it comes to education.

According to the report, in Pakistan.

Female literacy rates are as low as 46.5% in Pakistan, with little closing shortly. The hope of closing educational gender gaps lies with the younger generation. In Pakistan, 84.1% gap has been closed at the primary level.

Ensuring access to education for young girls is an essential pre-condition to equip future generations of women with the tools to be included in all levels of society at the same level as men.

Global averages, however, mask stark differences between countries. In some locations, women are still denied access to the same education levels as men. Namely, in Angola, Chad, Guinea, Nigeria, and Pakistan, gender gaps in primary education enrolment are still as large as 15% or more. In Angola, for instance, 88.9% of boys are enrolled in primary education versus only 67% of girls, and in Nigeria, only 69.9% of boys and 58.1% of girls are in primary school

Compared to other major factors, Pakistan’s rank is relatively higher for Political Empowerment (98th). However, only 15.4% of this gap has been closed to date.  Women’s representation among parliamentarians is recorded (20.2%) and ministers (10.7%), which is low.

With a woman head of state, Pakistan has made it to the top 33 countries in the world in the past years. The gender gap, however, in the political sphere has also widened this year.

Only 28.1% of this gender gap has been bridged to date, down from 38.7% reported in the last edition. The decline in the share of women among ministers in some of the most populous countries explains most of the regional decline.

On a more positive note, in South Aisa, women have held head-of-state positions at least once in the past 50 years in five of the seven countries in this region, and in Bangladesh, women have held the office of head of state longer than men. Only Afghanistan, Bhutan, and the Maldives have never had a woman head of state in their recent history.

The report indicates that both men and women were affected by the pandemic. However, women experienced a larger impact through multiple channels. Women’s labor force participation dropped further than that of men at the start of the pandemic.

They are employed in sectors directly disrupted by lockdown and social distancing measures. They have consequently experienced higher unemployment rates and a more subdued re-entry into employment across the globe during the pandemic.

Re-employment of women has been painfully slow with lower hiring rates and delayed hiring into leadership roles. Furthermore, the report also had evidence that among those women who have worked throughout the pandemic, many have reduced working hours in comparison to men, and some pulled back from promotions and leadership roles.

Overall,  the South Asian region is the second-lowest performer on the index.

“Within the region, a wide gulf separates the best-performing country, Bangladesh, which has closed 71.9pc of its gender gap so far, from Afghanistan, which has only closed 44.4pc of its gap. India is the third-worst performer in the region, having closed 62.5pc of its gap. Only Bhutan and Nepal have demonstrated little but positive progress towards gender parity this year, while all other countries in this region have registered either slightly reduced or stagnant performances.”