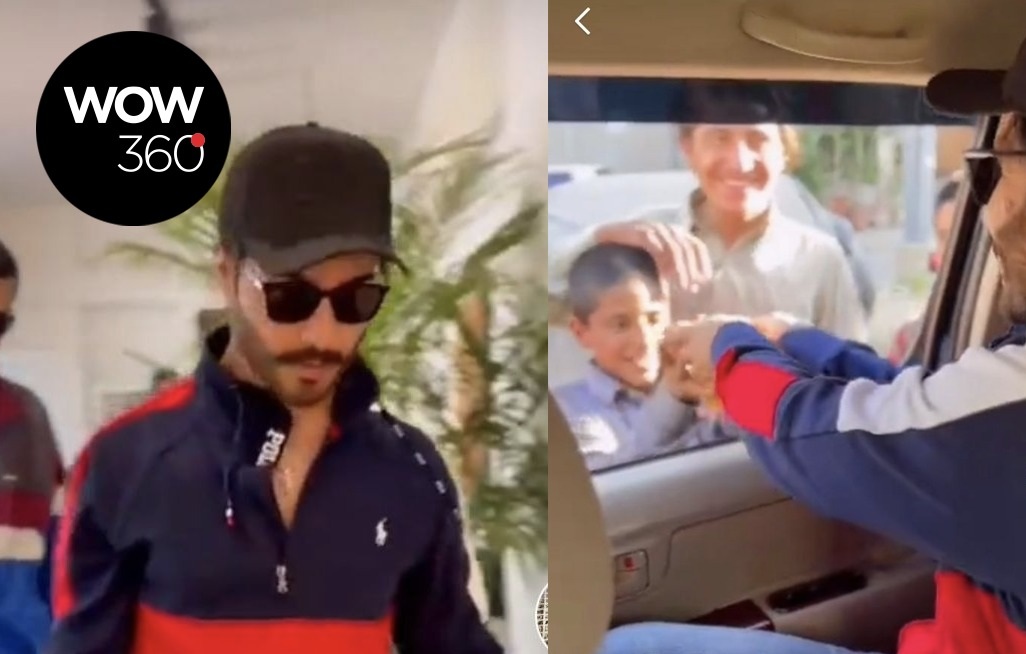 Pakistani actor Feroze Khan has finally joined the Chinese app TikTok this week. He has already garnered 105.8K users on the app. You would expect Khan to appear in one of the trending videos or something or the other that is pretty much in on the app. However, the star has different plans for his content.

He has posted his first video on the app already, where he is seen getting ready to distribute food to the needy in the streets. He takes bags full of food to distribute towards his car and then is later seen distributing it around town to kids and laborers working in the streets under the scorching sun. He hands the food to them himself and is seen smiling with the needy in the clips.

Khan has previously criticized the application in his interviews earlier. He has called it ‘Cancer’ too, but we assume this was because its content is not particularly for everyone.

Now, it looks like he has finally understood the importance of its reach and audience on the application and is ready to create his content, such as his first clip that focused on charity and helping others.

On the work front, his recent drama serial on Geo tv Musht-e-Khaak has gone viral on social media platforms for displaying abuse and toxic masculinity. People believe that even though Feroze Khan is doing a great job portraying his character, it should be posted with a trigger warning as the character is morbidly unstable. Additionally, the show comprises a lot of violence, so it shouldn’t be seen by people who meet a certain age limit.

Pakistani actor Feroze Khan is not new to jumping in on online crossover. Whether it’s someone in the industry bad-mouthing others on a show or social media, Khan defends his friends in the industry when they need him. Khan recently defended Alizeh Shah when Nida Yasir and her husband bad-mouthed about her on a talk show.