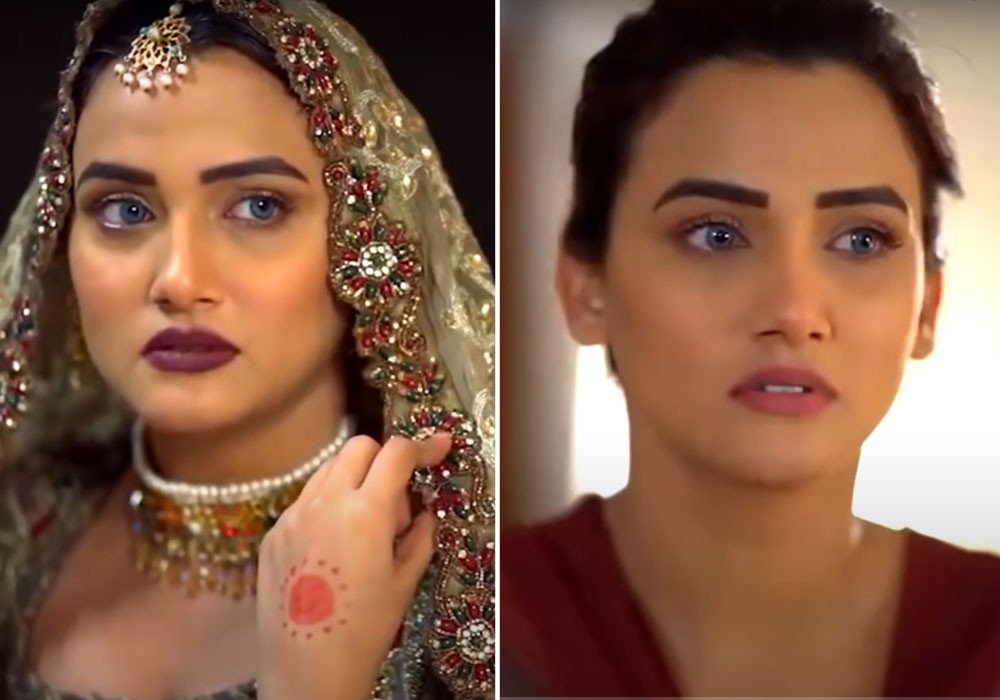 Pakistani tv channel A-Plus Tv’s drama serial Haqeeqat, which came out in 2019 – 2020, has become an overnight hit and a topic of discussion.

On the wedding night, two brothers, Zain and Faraz, who have married two twin sisters, Shiza and Fizza, accidentally end up in the wrong rooms. This was due to a secret plan executed by phopo, who intended that their marriages would end so her daughter, who is in love with one of the brothers, could have her chance.

A clip of the drama that went viral on the internet caused havoc and left many in fits as the storyline was truly absurd. Users wondered how from classical genius screenplays, we ended up with screenplays of Fizza, Shiza.

Since the clip has gone viral, #Fiza #Shiza has been trending on Twitter. Here’s How Internet Users Reacted:

The plot is flawed. A user pointed out that the girls knew the husbands had been switched this entire time.

In this fiza/shiza shit, all onus falls upon the two girls actually. They knew it all along but wanted to have a test drive of both vehicles.

No need for halala in Paistani version of shariah? https://t.co/VgS3bx0y3u

A user wrote, “Again, these dramas have to be stopped.”

Again these dramas have to be stopped. https://t.co/cjVucklPNt

This one cracked us up! Bulbulay is often criticized on the internet for still running on the tv. However, at a point such as this where such clips resurface, a user wrote in a tweet that he misses bulbulay. Honestly, so do we!

They made this meme into a full blown tv series? https://t.co/rPEuvHdJ78 pic.twitter.com/KzK9p2nO3X

A user wrote, “I would’ve just said ooopsie and moved on.”

man fizza is so dramatic, i would’ve just said ooopsie:p and moved on https://t.co/V7aJYs31v4

Someone also pointed out that the bride’s married correct husbands even though the rooms were exchanged. So why are they getting divorced?

A Plus has truly outdone Star Plus on this one

bet no one not even starplus n colors can come up with this kinda shit wtf is wrong with A PLUS https://t.co/zsZztCToTB

A user on the internet also ‘almost’ tagged Ekta Kapoor and wrote, “Do not take inspiration. We already have our share of embarrassments when it comes to daily”.

@/ektakapoor DO.NOT.TAKE.INSPIRATION. We already have our share of embarrassments when it comes to daily 🧼 https://t.co/Cy2E2irg4S

An issue that would even make the mufti giggle.

Imagine you go to mufti sahab with this issue and he stares you for a minute and smile. 😭😭😭😭😭😭😭😭😭😭 https://t.co/Cdlk4BKJQC

“I can’t believe writers thought this was a good idea”.

I can’t believe writers thought this was a good idea https://t.co/JkDZjge1VL

Kiran Tabeir, who plays one of the sisters in the drama, took it to her Instagram and wrote, “It is more important that we talk about problems that require our attention…the problems that need to trend in our society. Please invest your time and energy in talking about useful issues. You might end up helping somebody,” she wrote.

“Otherwise, if you want to enjoy this Fiza and Shiza thing, you may by all means.” 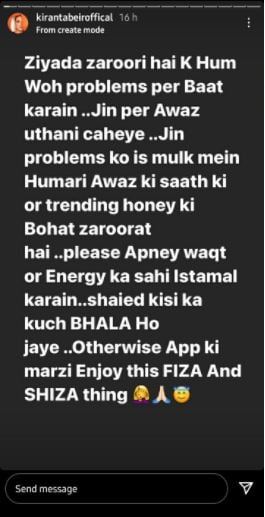 Scenes from Geo Entertainment’s drama serial Musht-e-Khaak featuring Feroze Khan and Sana Javed go viral on social media platforms for displaying abuse and toxic masculinity. The storyline revolves around a headstrong man, who meets a pious woman and falls in love with her. When she does not feel the same way about him, he becomes compulsive and starts playing mind games to get her.

Designer Humzah Malik Calls Out Atif Aslam for Giving Wife Credit for Styling him, Says it “Qualifies as a Mockery to Professional Stylists”