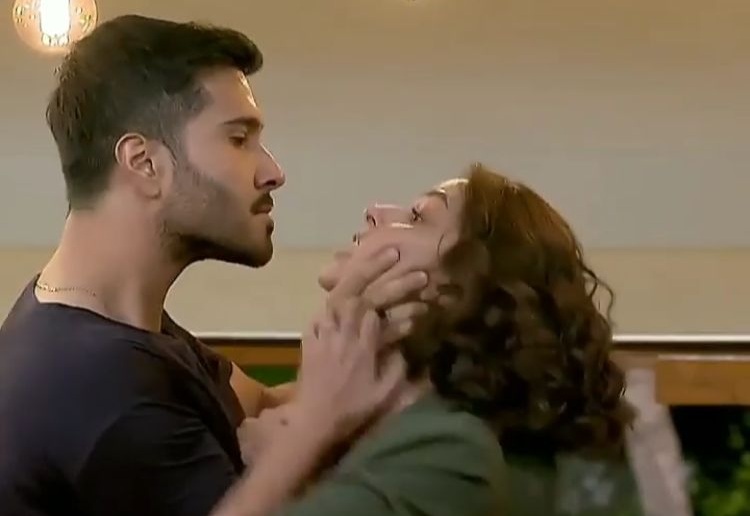 The storyline revolves around a headstrong man, who meets a pious woman and falls in love with her. When she does not feel the same way about him, he becomes compulsive and starts playing mind games to get her.

The scenes started appearing on social media last month which displayed Feroze’s character Bobby aka Mustajab being extremely problematic, whether it is with his mother, his wife, or his lover.

The drama serial garnered even more criticism when violence on-screen was shown. It was nerve-wracking for viewers to watch the borderline psychotic behavior of Mustajab where he resorts to abuse.

A clip where Mustajab is displaying anger in his car while his mother sits next to him is disturbing too. Even though Feroze Khan is doing a great job at portraying the character, it should be posted with a trigger warning as the character is morbidly unstable.

Another clip that went viral was of Mustejab and his wife Dua where the couple is having an awkward encounter regarding their honeymoon. The husband is convincing the wife to travel during the month of Ramadan while she repeatedly denies it.

Guys, I can’t believe I have to say it but Bobby aint a hero in Ay Musht e Khaak. He may have redeeming qualities but he’s a spoilt, messed up human being. Dude’s abusive, manipulative & arrogant. Please stop with the 😍😍😍. #FerozeKhan #PakistaniDramas pic.twitter.com/z9D6osXrz0

Almost all the dramas on Geo are trash but Musht e khaak is another level cringe.

The word mehram has been ruined for me forever thanks to that viral clip from Musht-E-khaak. And now I can’t listen to the new coke studio song without imagining his face 🤮

Feroz Khan really should have left the industry when he did. No idea what "message" he wants to spread by doing shows like Khuda aur Muhabbat and Aye Musht e Khaak.

Pakistani actor Feroze Khan is not new to jumping in on online crossover. Whether it’s someone in the industry bad-mouthing others on a show or social media, Khan defends his friends in the industry when they really need him. Just recently, Khan defended Alizeh Shah when Nida Yasir and her husband bad-mouthed about her on a talk show. One similar incident occurred when Oscar-winning filmmaker Sharmeen Obaid-Chinoy left not-so-nice remarks on Instagram for actress Sonya Hussyn.

5 Benefits to Avail After NADRA CNIC Converts to Digital Wallet