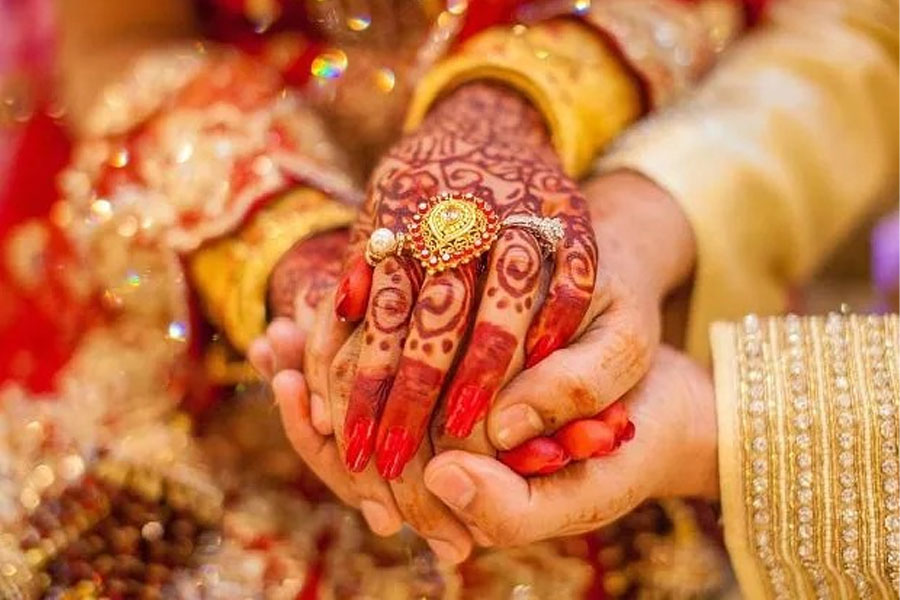 Cousin marriages in Pakistan are a common practice. We often have examples in our own family, for some their parents are cousins, or relatives are.

There are many families that rule out this thinking and say that they want to make their bond stronger by having their children marry one another. Moreover, parents find somewhat satisfaction knowing that their daughter is going to a household which is well known by the family and will remain happy.

Nonetheless, this practice to date is still widely observed, many believe that these marriages are no good and the practice should end.

The reason being is that we have seen many cases come forth in which children of the couple are victims of medical issues or have complications.

If we dive into the scientific facts and studies, we come across a report shared by DW in which Huma Arshad Cheema, a paediatrician specializing in genetic disorders, said specific disorders can be pinpointed to particular castes and tribes where intermarriage is common.

According to a study by Bradford, the birth of babies with defects has almost doubled. The reason is largely due to first cousin marriages. Moreover, it was found that consanguineous marriages accounted for in nearly 1/3 of abnormalities in 11,300 babies.

The Born in Branford project was carried out from 2007 to 2011. Throughout this period, it was observed that 1.7% of babies in England and Wales are born with a birth defect such as heart problems or Down’s Syndrome, but among BiB babies the rate was nearly double that, at 3%, mainly in Pakistani families.

The study included 43 different ethnicities but the largest ethnic groups were Pakistani (45%) and white British (just under 40%). Of 5,127 babies of Pakistani origin, 37% had married parents who were first cousins, compared to less than 1% of married couples nationally.

Dr Eamonn Sheridan, the lead author of the study said:

It is important to note that the vast majority of babies born to couples who are blood relatives are absolutely fine, and whilst consanguineous marriage increases the risk of birth defect from 3% to 6%, the absolute risk is still small.

It is not our intention to counsel couples about who they choose to marry, but we do want to ensure that couples are aware of any risks so that they can make informed choices when planning their families.

“It works for so many people and they have fantastically successful marriages, however, I would always say at least get some kind of genetic testing done,” Ms Khan who herself has 4 specially-abled siblings said.

One of the most common genetic disorders seen right now in Pakistan is the inherited blood disorder, Thalassemia, which keeps red blood cells from absorbing oxygen.

Unfortunately, despite knowing the risks, some parents are still in favour of the bond. One example is Ghafoor Hussain Shah a father of eight from Kashmir.

While speaking to the publication, Shah shared that his son’s brain did not develop to normal size. One of his daughters has a speech disorder and another has hearing problems, still, he is expected to arrange the children’s marriages within his extended family.

He added that there is an enormous social pressure to adhere to customs calling for cousins to marry. Those parents who refuse to marry their children in the family are at risk of being ostracized.

Some people believe that this is an unethical practice as cousins are like siblings as they share similar DNA, marrying your cousin would be like getting married to your brother or sister which is considered a sin.

In another account, Ghulam Hussain Baloch who hails from a tried in Baluchistan shared that marrying outside the tribe is considered a major taboo. Many traditional families of Sindh also prefer marrying within their own tribe as marrying outside can result in tribal clashes and murders.

From an Islamic point of view, health expert Seraj-ud-Daulah shares:

“I asked clerics to help create awareness about genetic diseases, asking them to explain to people how cousin marriages are contributing to the rise in genetic diseases.” He stated that they refused his request claiming that such marriages are in accordance with Islamic Sharia law and the traditions of the Prophet Mohammad.

Cousin marriages come at risk especially if genetic tests are not conducted when planning a family, and are adding extra pressure on the healthcare system in Pakistan where resources are already limited.

What are your two cents about it? Share them with us in the comments below.