Saturday, June 25 2022
Top Posts
5 Tips to Keep Your Hair Sweat-Free During...
Fawad Khan to Make Debut in Ms Marvel...
“Women Can Accomplish Anything They Set Their Mind...
TikTok Releases First Album of Viral Hits
Mehwish Hayat Makes Her Debut as a Djinn...
‘Girls are No Less Than Boys’ Says Pakistani...
Punjab Government to Provide Scooties to All Female...
Is Akshay Kumar’s Upcoming Film ‘Raksha Bandhan’ a...
On This World Music Day, Spotify Celebrates K-Pop...
5 Pakistanis Nominated For TC Candler’s ‘The 100...
Expo 2020 Dubai 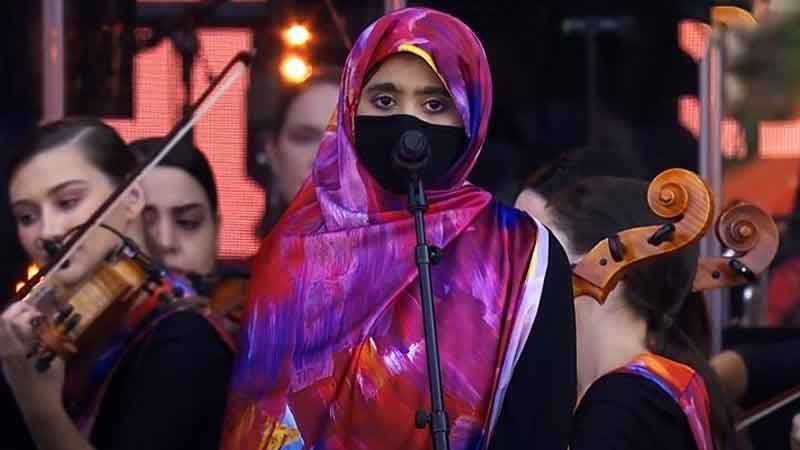 Khatija, who is often bullied online for covering herself, performed her kalam Farishton at the world fair on the 20th. However, the news of the performance didn’t make it to social media until her father, AR Rahman, shared it online.

On Choosing to Wear a Burqa: Several times, the 23-year-old has stated that covering herself is her own choice. Regardless, people often believe that it is her father who has forced Khatija to cover herself. Last year, Khadija’s clothing became a subject of great discussion online, and so, to clear the air, her father, AR Rahman, responded by saying that her daughter” finds her freedom” in her decisions and he is”awestruck” by her simplicity.

Before her performance at Dubai Expo 2020, Khatija said that for now, she is looking forward to carving her destiny beyond her father’s immense fame. She says, “I’m still finding myself, and I hope there is a day when I’m just defined by my name. That’s what I’m craving. I spoke to many people who said it’s very normal to go through that existential crisis – like, what am I doing? Am I doing enough”

Farishton was first recorded and released in 2020 on the video-sharing platform YouTube with an animated video that can be seen playing behind the orchestra while Khatija performs.

The Pakistan Pavilion at the Dubai Expo 2020 has certainly been in the limelight from the day the Expo 2020 commenced on October 1st, 2021. We take you through a stunning visual and sensory journey with Noorjehan Bilgrami, the Principal Curator, to discover the hidden treasure’’ of our country and its heritage.

Discovering The Hidden Treasures of the Pakistan Pavilion...