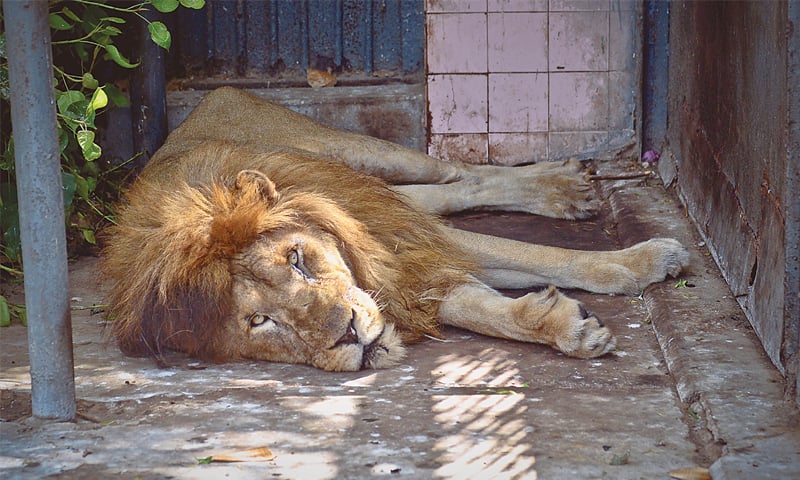 On Monday, the contractor for the provision of animal food had halted supply due to non-payment, claiming that the Karachi municipal authorities had not paid him for months.

As per Amjad Mehboob, “The administration hasn’t paid since February 2021.”  Today, the news of the negotiations between the two parties has been making rounds on social media, after which the food supply for the animals has been restored.

Despite the restoration of food, social media is not happy with the caretakers as they claim that the animals remained unfed for the past two days. Video of animals from the zoo also made it online, displaying their condition within the vicinity as an indicator that they are suffering behind the cages. Clearly, there are greater issues that need to be resolved.

Popular host Anoushey Ashraf commented on Instagram. She said,  “Look at the condition of the animals. Why MUST they suffer for the silliness that humans to on to each other. Even if the animals are getting food, this is a CLEAR indication that things need to turn around ASAP. If not, this place needs to SHUT DOWN!”

A clip of a lion from Karachi Zoo starving and in fragile condition sparked outrage after being shared by thousands of internet users and some celebrities.

We have no right to zoos if this is how we treat animals….Karachi Zoo fails to pay food suppliers….The animals are already in awful shape.
My heart is breaking. Let's shut down all zoos @murtazawahab1 pic.twitter.com/lBZNFnDqO5

Among big names, Ahsan Khan, Areeba Habib, Shaniera Akram, and Fatima Bhutto reacted to the deplorable condition of the zoo and the suffering of the animals.

Animals in #Karachi #Zoo today got their meals after the criminal act by relevant authorities to keep them hungry for two long days! The inhuman conduct of Zoo officials warrants stern disciplinary action pic.twitter.com/7ZwMx88Cr3

As per KMC, all animals at the zoo are healthy and being provided proper feed. The reports circulating on social media are baseless. It is an effort to spread propaganda about the Karachi Zoo, said a spokesperson.  He also said that the images that are being shared on social media are “outdated.”

Anoushey Ashraf Writes a HeartFelt Note for Afghans Being Helpless, Says They are Just Like You & Me. Read the full story here:

The US withdrew its troops from Afghanistan a week ago. Following this, the world witnessed the collapse of the Afghan government and military. Currently, the Taliban have taken over the country and will most likely be implying the Islamic Sharia law in the country.