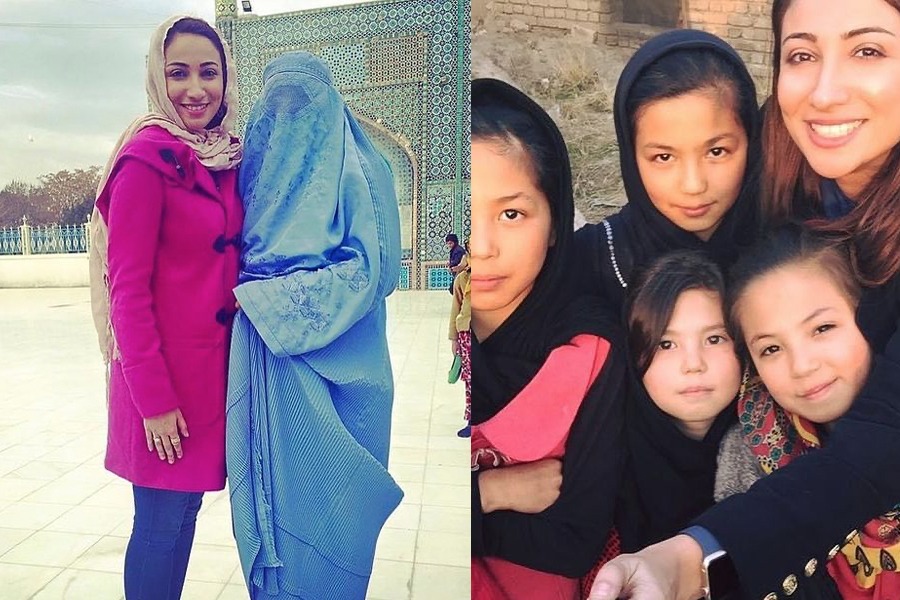 The US withdrew its troops from Afghanistan a week ago, following this, the world witnessed the collapse of the Afghan government and military. Currently, the Taliban have taken over the country and will most likely be implying the Islamic Sharia law in the country.

Some are devastated by the Taliban takeover, others are glad that it is finally happening. Pakistani actor and RJ is asking people in a heartfelt note on Instagram that whatever side they may take, they must be kind to Afghanis amidst the unsettlement of people and reimbursement of new power in the country.

In the Instagram post, Ashraf shared pictures from 2016 when she was shooting for a TV show. These images are from Kabul, Herat, Mazar Sharif, etc. She wrote in a post, “Glimpses of my beautiful trip to Afghanistan. I was lucky to visit Kabul, Herat, Mazar Sharif, etc for a tv show in 2016. Once it aired on the channel, my inbox was flooded with Afghanis full of adoration, love, and fans who admired me, my work, and a lot of other Pakistani artists.”

In the post, she emphasized that we need to put forward humanity first before we take sides and understand the pain and desperation of the Afghanis. “On this trip, I met girls who wanted to cycle for the Olympics, boys who only wanted to be the next Messi. I met Imams at Masjids who greeted me with love, respect, and duas. I met fantastic tv hosts who were living under tense conditions but were also excited about the new game shows they were launching. I met writers, poets, and restauranteurs. I met children of the Hazara, beautiful even with their Traumas. They were exactly like you and me. And today, they’re helpless, homeless, and abandoned.”

Think about the people whose lives are disrupted by the reimbursement of new power in the country, “This doesn’t make the Govt ( corrupt Ghani ) or the Americans my heroes. But are the Taliban any better? So STOP your hate. At this moment, whoever leads the nation it’s still in crisis and people’s lives have been disrupted all over again. not fair! No one wants to leave their homes and live like a refugee.”

“Sure, the people in power say they want peace, but to many peace only comes on their terms. Peace means girls not working and men not playing sports. Surrender means peace. Not a single life and their true dreams come into consideration. If you think this is ‘good’ let me remind you it’s the innocent losing their right to be free for these leaders (Taliban or not) to feed their agenda, politics, power, and greed. NOTHING ELSE. The Taliban says they’re ready to evolve and give women and children their rights.:

She concluded, “Let’s not hail them heroes yet. They’ve said they have learned from the past. Only time will tell. Reaching out to all my Afghan friends tonight, you are in my prayers. Humanity first.”

Anoushay Ashraf Shares Personal Account of Harassment & it made Women Come Forward with their Own. Read the full story here:

The bold and beautiful Anoushay Ashraf has never shied away from speaking her mind. The famous VJ and RJ have unabashedly defended women’s rights and are always vocal about prevalent social issues and injustices against women. The VJ recently took to Twitter and shared her account of harassment in a space as open as a market.

Signs or Symptoms that May Indicate a Hormonal Imbalance