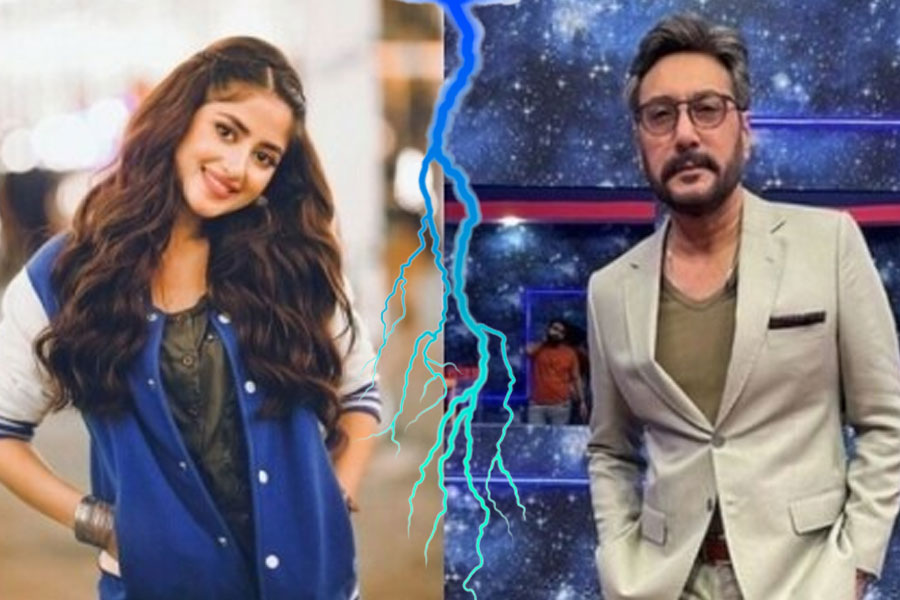 Veteran actor Adnan Siddiqui and one of  Pakistan’s most loved and celebrated actresses Sajal Aly locked horns on social media! Siddiqui took it to the platform to call out Shehzad Roy and Abdul Wahab Bugti’s rendition of the national anthem.

Adnan Siddiqui took to social media to voice his concerns over the performance, terming it as “disrespectful.” Moreover, the Meray Paas Tum Ho actor penned down a long message that questioned the extent of “creative liberties” artists take while experimenting with the anthem.

“Is it appropriate to take creative liberties with our National Anthem, which was composed to instil in our patriotism and remind us of our nation’s glory?” He asked.

If the “constitution permits anyone to improvise the tarana in the guise of creativity.” He further highlighted that only the “original rendition” of the national anthem is played at “matches, tournaments, and other state functions.

However, on the other hand, his Mom co-star Sajal Aly chimed in on the ongoing discussion to put forth a different point of view. “Pakistan’s diversity makes it beautiful. A rendition of the national anthem that is inclusive of historically marginalised groups is far more patriotic than imposing a rigid and unitary idea of how to show love for our country and its people,” wrote Aly. 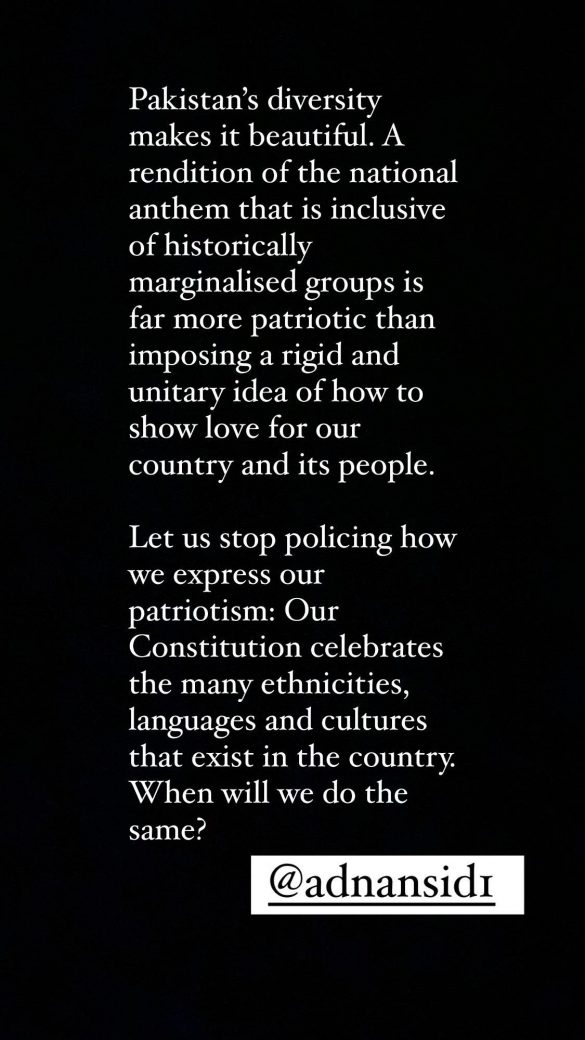 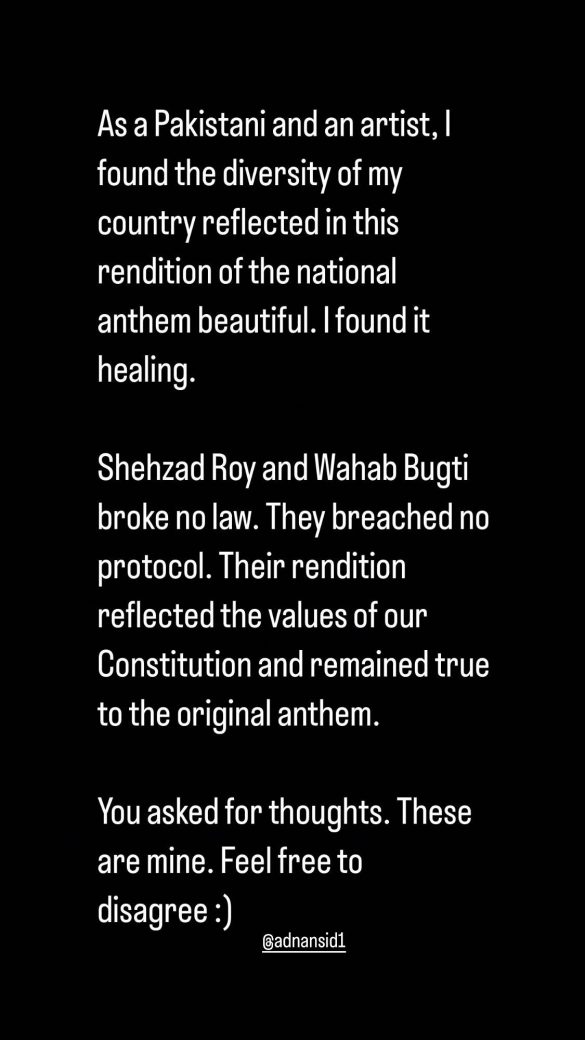 “This protocol is to be followed for national symbols, the respect accorded to them much so that the first alphabets of the national anthem are in upper case,” replied Siddiqui.

“What next, because we are creative and should celebrate diversity? Hoist the National Flag upside down and design our own version of the emblem?” Siddiqui concluded. 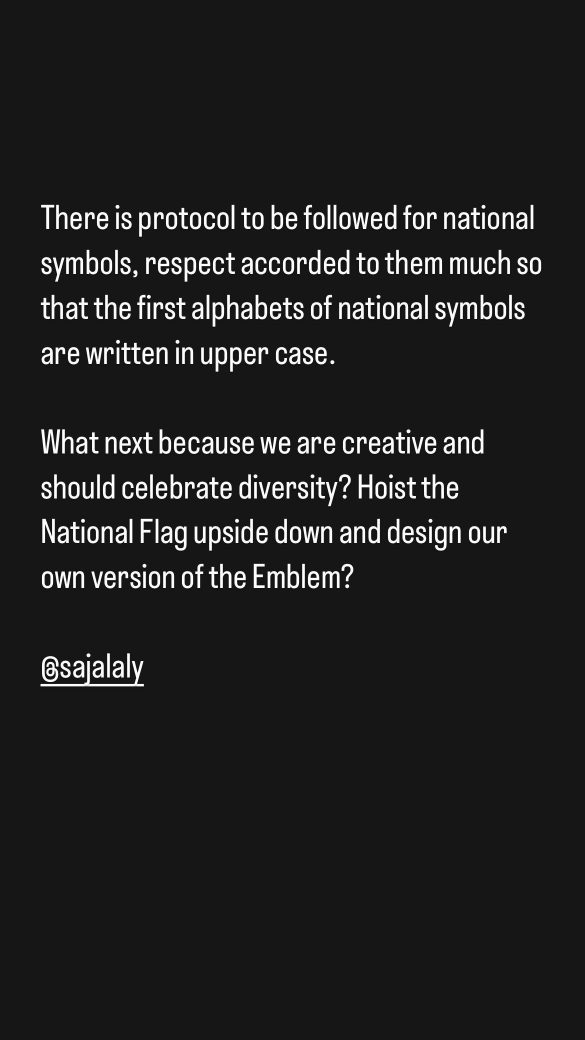 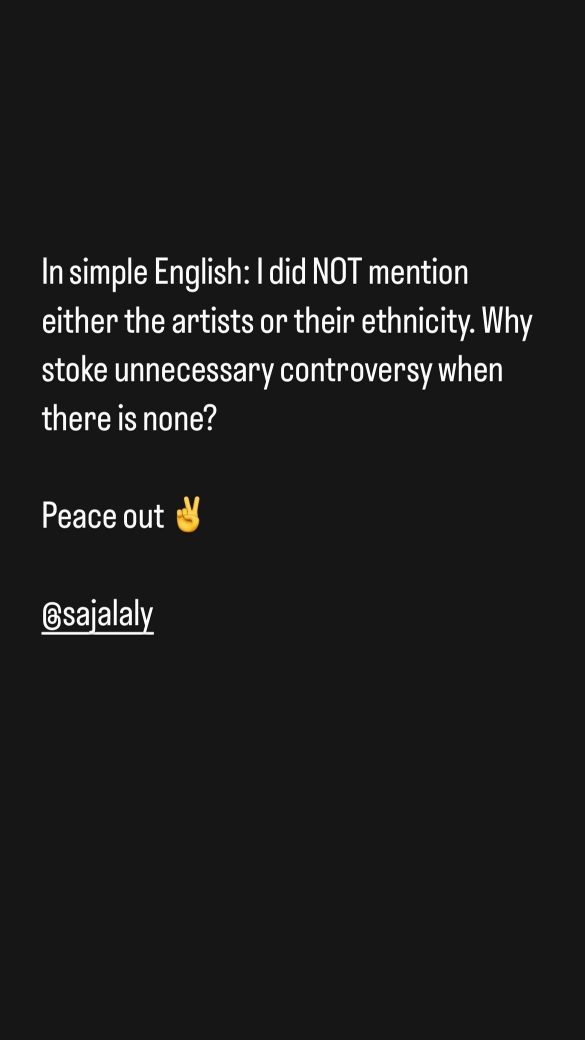 Actors Aijaz Aslam and Farhan Saeed jumped in on the bandwagon to share their own thoughts about the matter.

I think @adnanactor has a valid point in this recent argument , what he actually meant was …‘Not to fix something which is already perfect’ . Samajh tou gaye hongay Aap Sab #respect #NationalAnthem #PakistanZindabad

Who do you think is correct? Share your two cents with us in the comments below.

Stay tuned to WOW3560 for all the latest news and updates.