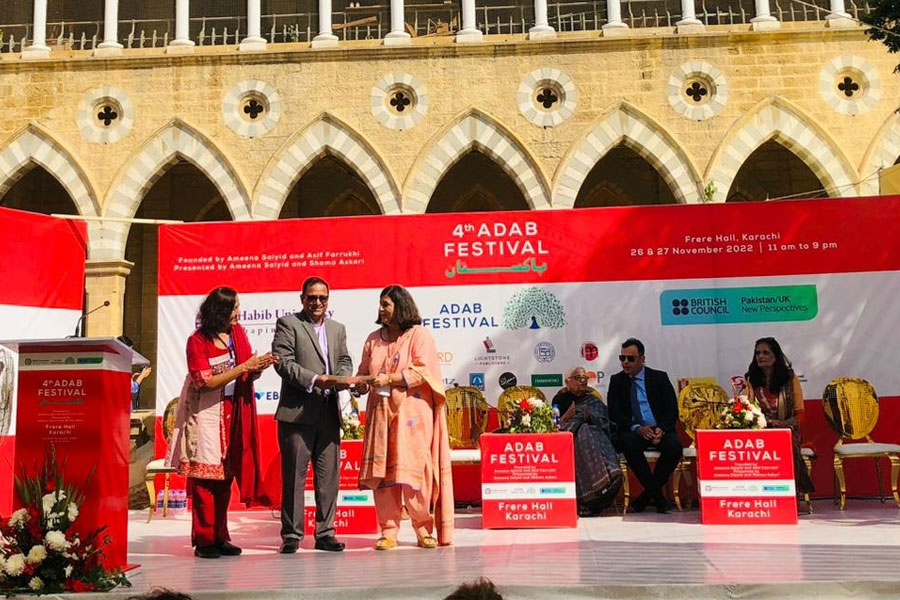 After the resounding success of day one of the Adab Festival, the second day was even more packed with people of all ages pouring in through the day.

The second day opened with a session for students on building innovation and capacity in the creative sectors by Dr Samina Zahir.

Sessions were interactive with endless questions asked by the engaged audiences. Sessions included a talk between Aysha Baqir and Amna R Ali on Aysha’s brilliant novel Beyond the Fields and another between Irshad Abdul Kadir and Maheen Usmani on Irshad’s novel The Lady of Sohanbela about a woman gaddi nasheen. 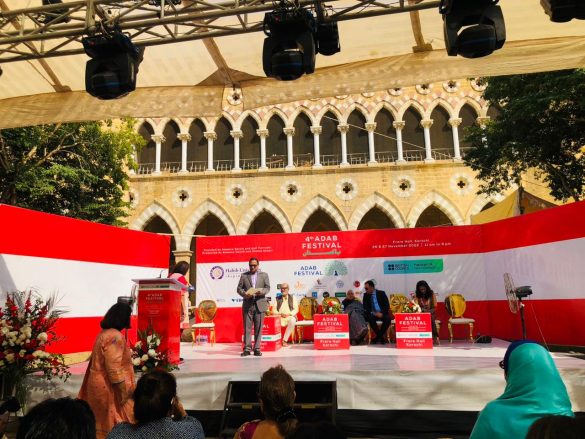 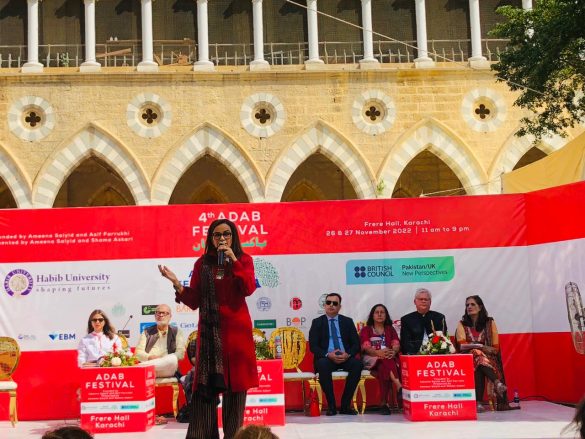 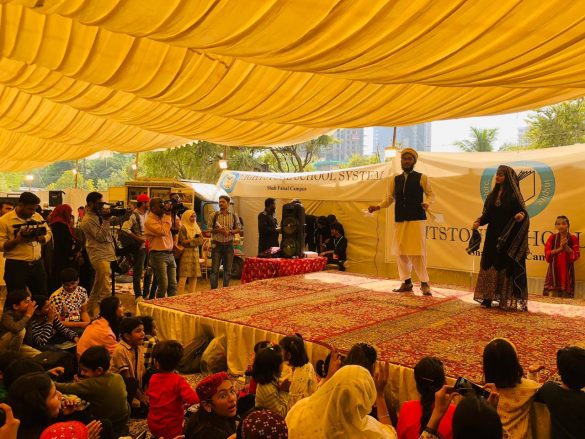 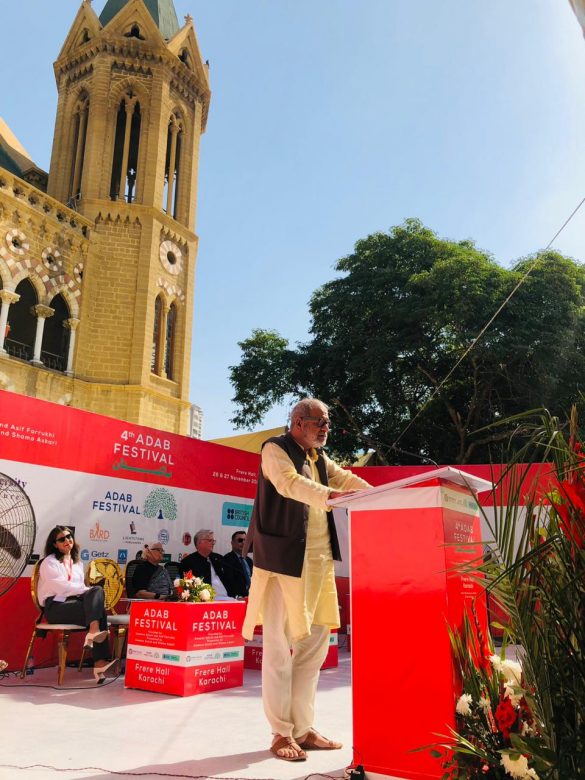 Another session was on a book of poetry by Nafisa Itaat Husain introduced by Quratul Ain Hyder and endorsed by Zehra Nigah and Fahmida Riaz with participants, Sheema Kermani, Ameena Saiyid and Nafisa’s grandchildren.

At the closing ceremony, Ameena Saiyid and Shama Askari thanked Murtaza Wahab, the authors, artists, Lightstone Publishers’ team and sponsors for supporting the 4th Adab Festival. The closing Keynote speeches were made by Zafar Masud and Árfa Sayeda Zehra. The day ended with riveting performances by Rosemary Mushtaq, Shayma Saiyid, rap singer Kaifee Khalil and a concert by LAAL.