Sunday, June 26 2022
Top Posts
3 DIY Hotpot Recipes You Can Make at...
5 Tips to Keep Your Hair Sweat-Free During...
Fawad Khan to Make Debut in Ms Marvel...
“Women Can Accomplish Anything They Set Their Mind...
TikTok Releases First Album of Viral Hits
Mehwish Hayat Makes Her Debut as a Djinn...
‘Girls are No Less Than Boys’ Says Pakistani...
Punjab Government to Provide Scooties to All Female...
Is Akshay Kumar’s Upcoming Film ‘Raksha Bandhan’ a...
On This World Music Day, Spotify Celebrates K-Pop...
Media Marketing 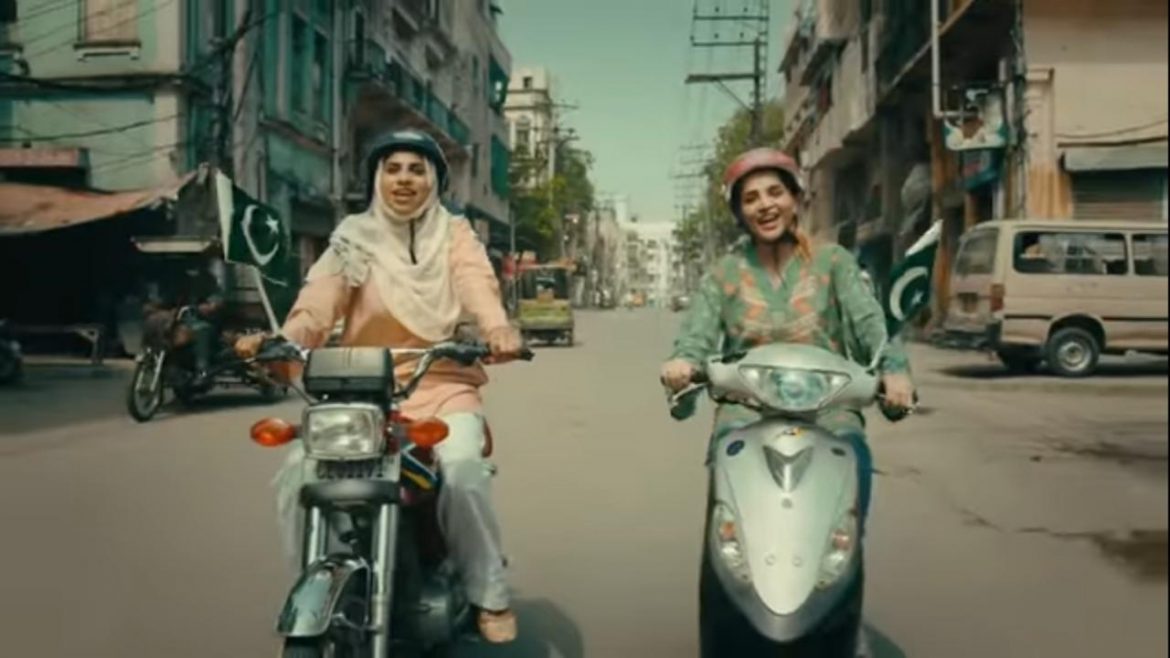 Independence day is here, and guess what we are enjoying the most? Pakistani ads! The creative really have muscled through their creative process this year to bring us beautifully crafted ads.

Ads of a considerable number of brands are produced consciously, with products pushing at the lowest while displaying Pakistan’s vivid culture keeping in mind the independence day.

Let’s have a look at some of our favorites:

Khaadi’s Independence Day Ad Badal De Jahaan Ft. Hasan Raheem & Risham Faiz Bhutta has got us grooving! Such a well-produced ad reignites the spirit of 1947. The ad focuses on coming together for the future of Pakistan and sings along to the promise of Badal De Jahan while displaying beautiful clothes by Khaadi.

K&Ns Pakistan’s Independence day ad has a message for us all, and it is a very important one! K&Ns want you to celebrate independence day with zeal. However, at the same time, the brand wants you to respect the flag after you are done celebrating, as many tend to fall on the ground later and come under our feet.

Faizan Steels’ latest independence day ad dedicates this Independence Day to the nation’s forefathers, the guiding light and symbol of protection. The journey to independence has exhibited pure strength and resilience that laid the grounds for the nation we see today.

Kaman Steel’s independence day ad tells us all to revive patriotism and pledge to respect our Flag. Often the same green and white flag that is once your excitement soon becomes a horrible display of disrespect when discarded and left to turn into trash. The brand encourages you to stop this practice this year.

Always Pakistan has noticed girls missing school, so under their latest independence day campaign, #AlwaysAzad they have pledged to donate free sanitary napkins to young girls so they can become independent in the future by sending them back to school.

Watella Pakistan, a bottled water brand in their independence day ad have insisted to plant at least one tree and watch it grow and flourish with Pakistan! We spend billions every year on Independence Day celebration items – we can all plant millions of trees in that amount.

5 Favourite Pakistani Songs Every Patriot Can Relate to on 14th August. Read the full story here:

On this 14th of August, Pakistan will mark its 74 years of Independence. On this day, we celebrate the independence of Pakistan from British Raj in 1947 and the declaration of becoming a sovereign state. Pakistan is a resilient and united nation keeping in mind the atrocities this nation had to bear over the years due to many conflicts in the region. To keep morale high on the independence day..