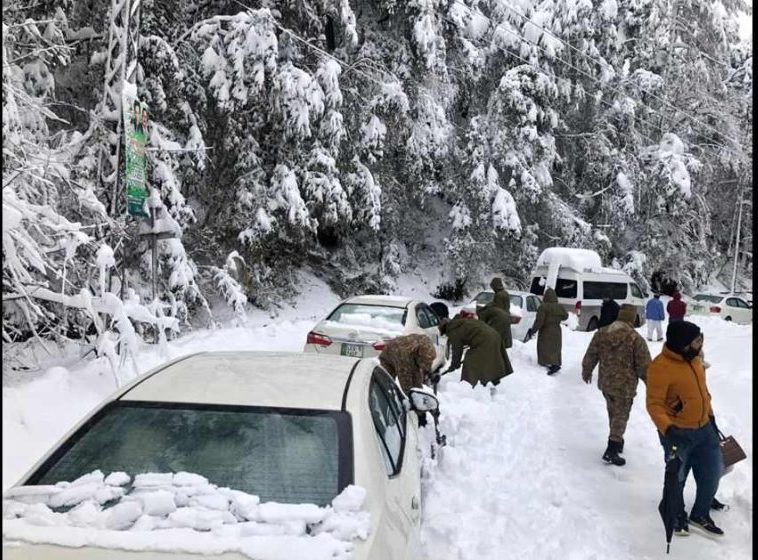 The Murree incident, where 22 people lost their lives that took place over the weekend, has left us all shocked. Travellers were stuck in their cars for hours during the snowstorm. Reports revealed that the prices were hiked for food, rent, and any basic assistance during the calamity.

1 – Tourism Culture being Promoted but no Travel Advisories Available for Public: The government has been promoting tourism culture; however, no travel advisories are put in place for the travellers to determine whether it is safe to travel or not to their intended destination as conditions can change rapidly in any area.

if tragedy, death and destruction make you want to publish a hot take on infrastructure, vehicle management, personal responsibility and the tourism industry— stop. don't do it. seek help. go for a walk.

2 – Weather Update on Local Radio: In case the internet and mobile services are down, local radio can constantly update travellers with the current weather situation.

3 – Crisis Management: No setup is in place for crisis management. The concerned authorities, police, traffic police, district administration, C&W Department, NHA, NDMA, PDMA, etc., do not coordinate. There is no joint plan of action to prevent a crisis.

4 – Carbon Monoxide Poisoning: Travellers do not have basic knowledge about carbon monoxide poisoning. “If an idling car is buried in snow, the blocked exhaust (silencer) can quickly kill the passengers as they breathe CO.”

Were the deaths caused by cold or carbon monoxide (CO) poisoning? CO is odorless, lethal

If an idling car is buried in snow, the blocked exhaust (silencer) can quickly kill the passengers as they breath COhttps://t.co/Fq1bKLOio4

5 –  Hike in Hotel Prices: The prices of hotel rooms in Murree were hiked during the snowstorm by hotel owners so they could cash on the tragedy. No regulations are put in place to stop hotel owners from increasing prices at such a time.

The businessmen of Murree are cruel. They don’t have any humanity, their hearts are made of stone. They only know one thing, looting money from those who are desperate & in need. The govt must fine them some how & the people should boycott Murree. #Murree

6 -No emergency services were in place that travelers could have reached in case people were stuck due to bad weather or any other kind of emergency.

7 – Clearly, there are no authorities keeping count of the number of vehicles entering Northern areas at any given time. If people were stopped at entry points in Islamabad and Galiyat, maybe the situation might not have gotten as bad as it did.

8 – Infrastructure: As reported by The Express Tribune, roads around the hill station have not been repaired for the last two years. As per the preliminary investigation, crevices caused the traffic jam after the snow accumulated.

10 –  No contingency plan put in place to deal with a crisis: There are no snowmobiles, vehicle lifters, snow-removing machinery, deployment of sufficient traffic police personnel, coordination with a rescue line, or a control room setup.

Local tourists in Pakistan flocked to Northern areas after Eid Holidays and have choked roads with their vehicles on their way to the Kaghan and Naran valley of Khyber Pakhtunkhwa’s Mansehra district. As per a local publication, huge traffic jams emerged on Sunday after 700,000 vehicles entered the valley during the Eid holidays, breaking the record.