Saturday, June 25 2022
Top Posts
5 Tips to Keep Your Hair Sweat-Free During...
Fawad Khan to Make Debut in Ms Marvel...
“Women Can Accomplish Anything They Set Their Mind...
TikTok Releases First Album of Viral Hits
Mehwish Hayat Makes Her Debut as a Djinn...
‘Girls are No Less Than Boys’ Says Pakistani...
Punjab Government to Provide Scooties to All Female...
Is Akshay Kumar’s Upcoming Film ‘Raksha Bandhan’ a...
On This World Music Day, Spotify Celebrates K-Pop...
5 Pakistanis Nominated For TC Candler’s ‘The 100...
Travel 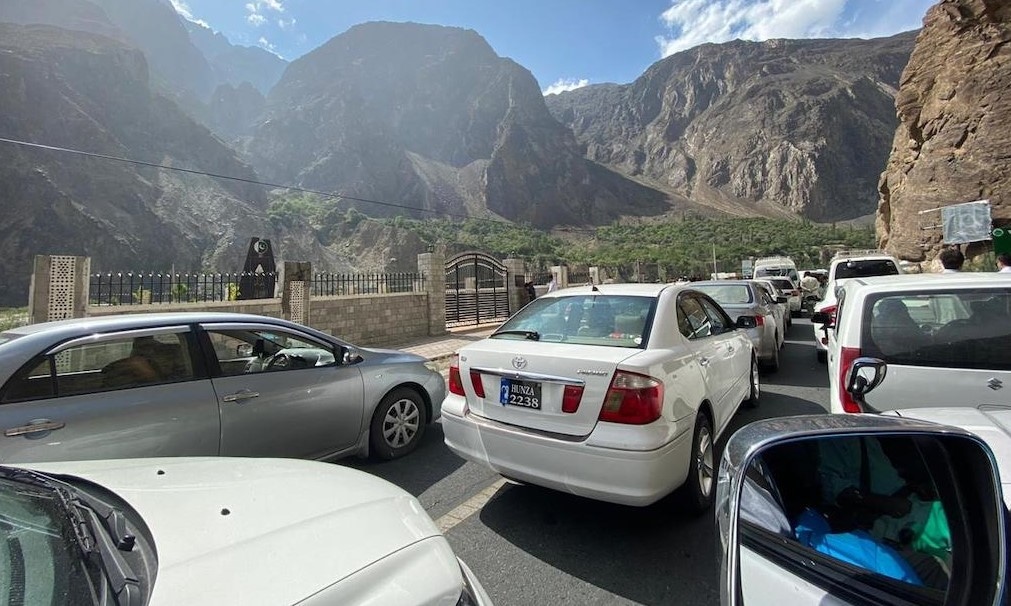 Local tourists in Pakistan flocked to Northern areas after Eid Holidays and have choked roads with their vehicles on their way to the Kaghan and Naran valley of Khyber Pakhtunkhwa’s Mansehra district.

As per the reports, the Mansehra-Naran-Jalkhad road was choked on all three days of Eid-ul-Adha and continued to worsen on the fourth and fifth days. The route in question is in a highly neglected condition for this amount of vehicles to enter the valley.

“We have welcomed tourists in around 0.7 million vehicles to this picturesque valley, and the influx of nature lovers is still on its peak even on the fifth day of the holiday,” said District Police Officer Asif Bahadur.

A tourist from Karachi said.“There is an unimaginable influx of tourists since Prime Minister Imran Khan recently visited this piece of heaven on earth and termed it more beautiful and scenic than Switzerland.”

As per the tweets, most people were forced to park their cars and sleep in the vehicles on roadsides because there was no place in the hotels in the entire valley.

Babusar pass had to be closed off because of the insane traffic- a car fell off a cliff there. There is no driving ethics- people overtaking, making two three lanes on a small two way road, people driving for 10 hours to cover 20km

Tourists reveal the nightmare they had to go through due to the region’s unprecedented number of travellers. It took him 12 hours from Balakot to reach Naran. On an ordinary day, the distance normally takes around three hours.

“If the prime minister is sincere in achieving his tourism vision — Clean and Green Pakistan — he should first erect the infrastructure to deal with such massive influx as one has to travel on potholes, uneven surfaces and rocks while passing through MNJ road,” said Mohammad Akram.

Khanpur Dam in Pakistan is Offering Spectacular Water Based Activities to Try this Summer 2021. Read the full story here:

Khanpur Dam has not yet garnered a reputation for itself as a tourist spot. It is located on the Haro River in Khanpur, Khyber Pakhtunkhwa, about 50 km from Islamabad on Taxila Haripur Road, and is mostly enjoyed by the locals. The dam offers some great water and other adventuresome activities that include cliff diving, paragliding, snorkelling, jetski, boating, parasailing, safari tours, mountain adventurous, shooting sports, fishing spots, corporate team building sports, etc.