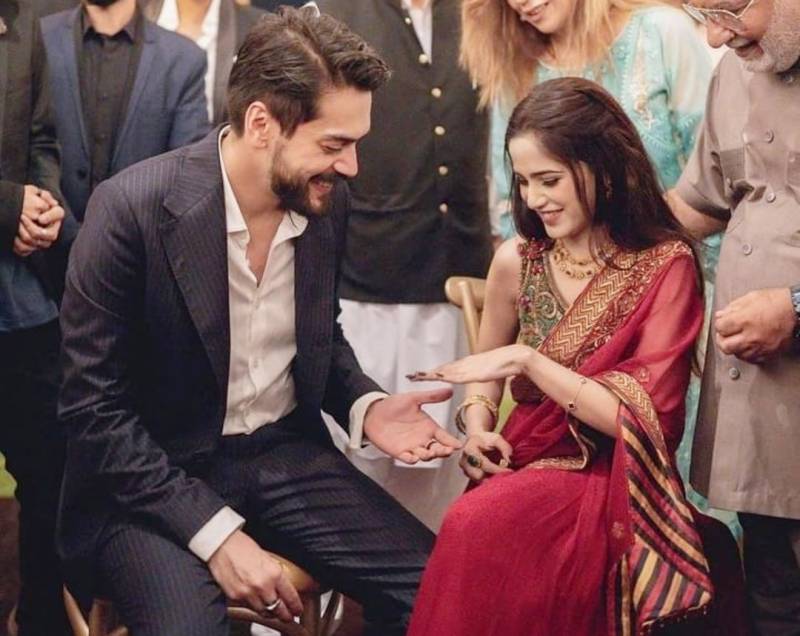 Last night, Aima Baig and Shahbaz Shigri got engaged in an intimate event surrounded by close friends and family at a private ceremony. The celebration took place after a couple of months of the announcement of their engagement (March 20) on social media.

Thanks to social media and prompt photographers present at the ceremony, the picture and video clips started rolling in later on Friday night.

Photographer Izzah Shaheen Malik was present at the ceremony, posted few portraits right from the ceremony, and uploaded a small clip making rounds on social media for being too cute.

Photographer Maha Wajahat Khan was also present at the event and took it to her social media to post pictures and videos from the engagement ceremony.

She was the one who shared a clip where the couple exchanged engagement rings as family and friends surrounding them cheered loudly in celebration.

Shahbaz Shigri was carrying a tux while Aima Baig wore a red fusion saree. The couple looked great together.

The two make such a great couple!

The engagement ceremony was attended by Aima’s best friend from the industry, Hania Aamir.

Ali Rehman Khan and Uzair Jaswal. In 2010, Rehman and Jaswal co-starred with Shigri in an indie film called ‘Slackistan’. 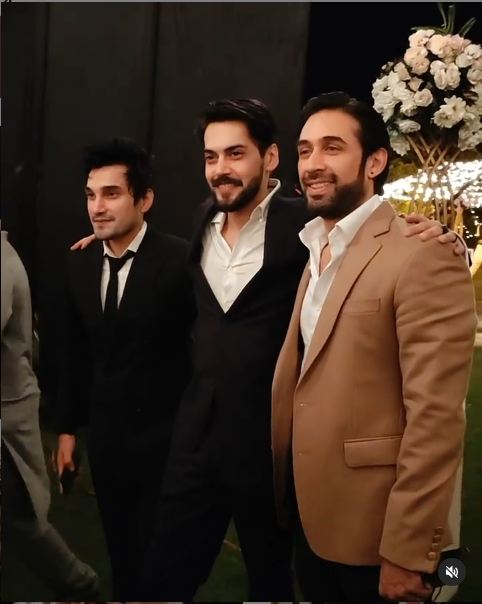 While there were lesser people present at the engagement ceremony (of course, due to COVID), many celebrities and model friends such as Abeer Rizvi, Areeba Habib and actor Hira Mani congratulated Aima and Shigri on social media. 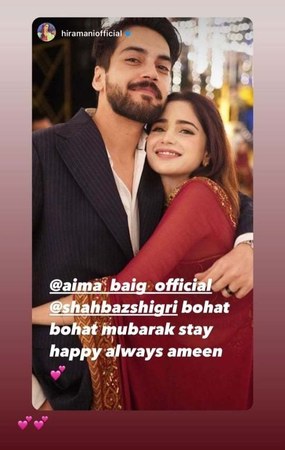 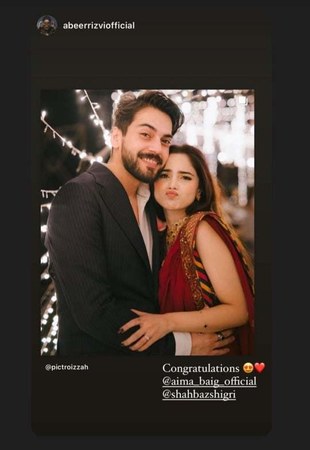 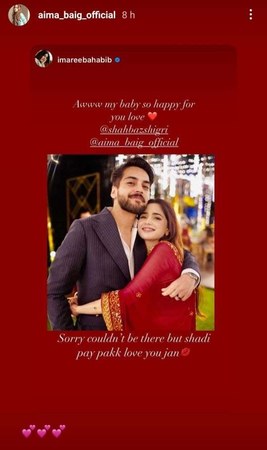 The couple has been together for some time now. They announced their relationship in 2020 on Nida Yasir’s morning show and have been going strong ever since.

Pakistani model Alyzeh Gabol has officially tied the knot in Dubai. The famed model announced the news on her Instagram by uploading pictures from her nikkah.  In pictures, we could only see Gabol signing her nikkah papers in an ivory wedding trousseau.