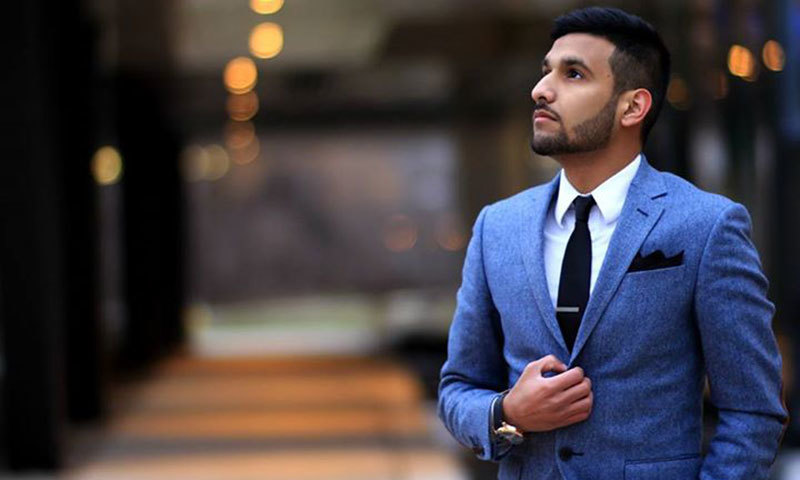 YouTuber Zaid Ali T has created quite a following for himself with his comical videos. Now blessed with a son, the young man seems to have it all. Unfortunately, he recently took to Instagram to announce that he was in a critical accident a couple of days ago.

The entertainer goes on to say that he passed out because of the pain and suffered from a major head concussion, moreover, his head is now swollen and deformed.

He added that he was lucky that there was no internal bleeding but he hasn’t been able to eat anything properly and has been vomiting non-stop. As per his statement, doctors have said it will take him from a week to 10 days to get back into his daily routine.

The past few days have been one of the most hectic days of my life. I was recently in a terrible accident in which I hit my head and completely passed out.

Upon waking up I was told that I have a major concussion and that I have been extremely lucky that there was no internal bleeding in my head. My head is currently deformed and swollen and it’s difficult to eat anything and I have been vomiting repeatedly.

I remember when it first happened, I was in such uncontrollable pain and was begging Allah to take everything I have just to make this pain go away. All the worldly problems I had, they didn’t matter anymore.

A few days later I realized that sometimes we neglect the biggest blessing that Allah has given us, which is our health. There is nothing greater than health. If you are healthy, you have everything in the world.

The doctors said it would take 7-10 days for me to start doing my daily activities, but it could take up to a few months for it to heal properly. All I request at this point is to just keep me in your duas. 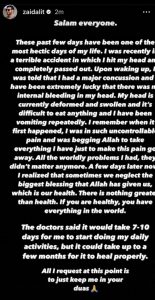 We send our prayers to Zaid Ali T and his family and hope for him to have a speedy recovery.