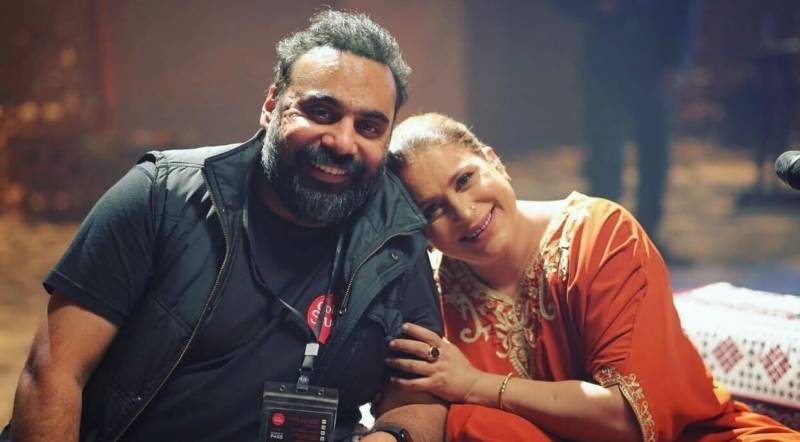 The legal notice asserts that Coke Studio 14’s producer Xulfi was sent compositions including the composition of Tu Mera Ranjha on WhatsApp in the form of voice notes by Nirmala which he then copied to compose Tu Jhoom ft. Abida Parveen and Naseebo Lal.

Tu Jhoom was released 10 days ago and has garnered 13 million views up to date. There is no doubt thatv the song is a success for Coke Studio 14.

The notice claims, “My client (Nirmala Maghani) on June 14, 2021, sent her compositions including the composition of Tu Mera Ranjha to you on your mobile, through WhatsApp messenger which all were in the form of voice notes.”

The notice further said that Nirmala was rather shocked when she heard the song. It said, “as per the copyright laws you don’t have the right to telecast/broadcast or upload on YouTube the said song unless you have obtained permission from my client as it’s made based on notes and composition of my client.”

“That you are hereby instructed that you should apply [for] and obtain permission or license from my client and unless said is granted to you please remove the song from every social media website, YouTube and from [the] album of Coke Studio 14 as it is infringing upon the rights of my client.”

GIRAFFE PAKISTAN, the company co-founded by Xulfi was served with the legal notice. When asked to comment, the company said, “We have received a notice last evening and our legal team will respond to it through the correct channels in due course. As such, we are constrained to limit our responses in deference to the legal process initiated by Ms. Maghani.”

There might be no legal claim here in terms of copyright. The real problem is really just about artistic and creative integrity

Journalist Rafay Mahmood who initially broke the story spoke to an industry expert who after listening to both the compositions said, “Okay this is too close to ignore”. However, he pointed out “You see they can’t make any legal claim in terms of copyright because for Brown’s copyright law seven notes have to be the same and in this case, it’s six out of seven notes that are the same. So there’s no aspect of a legal claim but there is a major question about artistic and creative integrity.”

Coke Studio 14 is back again with an exciting line-up of artists featuring big names in the Pakistani music scene such as Meesha Shafi, Hasan Raheem, Abida Parveen, and many more. This time around, the show has been shortened to 12 songs only, a much shorter format than previous seasons. The upcoming season of Coke Studio is arriving at a rather deplorable period in our socio-cultural history. Xulfi is back on his throne for this season, suggesting a bigger marketing campaign ahead.