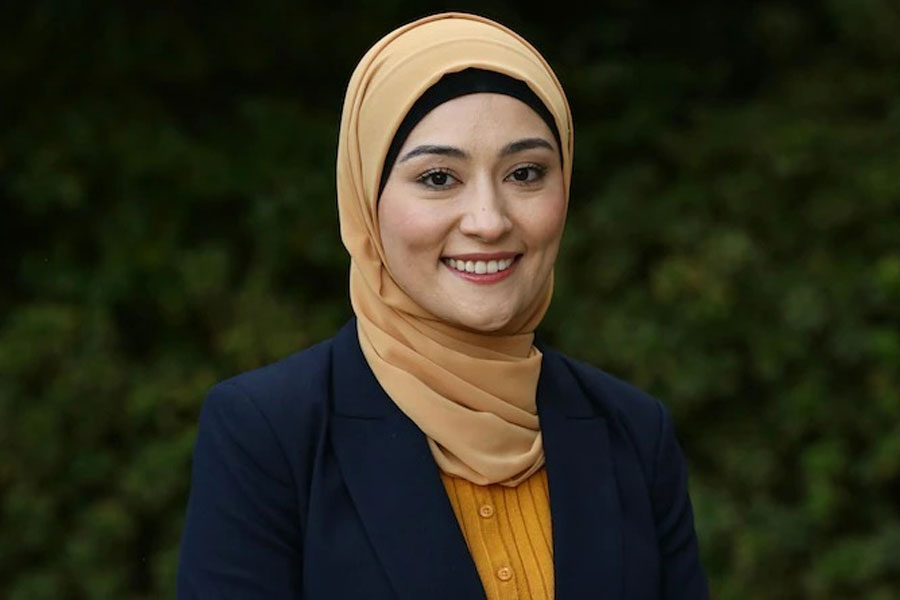 Fatima Payman created history by becoming the first Hijabi woman to be elected as a senator in Australia. The 27-year-old gave her first ever speech, and won several hearts around the globe and on the internet!

In her speech, Payman encouraged young Muslim women who live in Australia and even around the world to embrace the Hijab as their identity, and to wear it with pride.

Just a few minutes into her speech, the Senator broke down in tears. During her speech, she took a moment to thank her late father who arrived in Australia as a refugee.

‘Whose sacrifices will never be forgotten and who I dearly wish was here to see how far his little daughter has come,’ she said on Wednesday as her voice started crackling. During the emotional moment, Marielle Smith, her neighbour on the Labor backbench, put a comforting hand on her shoulder and said, ‘You got this,’ to Fatima Payman.

‘I’d like to thank my mum and my siblings who’ve joined us here today for their unwavering support, love, and patience,’ she continued.

‘Who would have thought that a young woman born in Afghanistan and the daughter of a refugee would be standing in this chamber today?

‘Knowing the sacrifices that my dad went through as a taxi driver and security guard to ensure he saved up enough money to make ends meet, to support his family, and to ensure my siblings and I had the future he wasn’t able to secure for himself.’

Payman’s father came to the country back in 1999 and was locked in immigration detention. Her family fled from Afghanistan to Pakistan to seek refuge when the Taliban took over. Mr. Payman worked as a Taxi-driver, kitchen hand, and even a security guard to send money for his family.

The future senator arrived as an eight-year-old girl with her mother and three younger siblings in 2003.

‘Ten years ago would this parliament accept a woman [wearing] a hijab to be elected?’ she asked in her speech on Wednesday.

‘For those who choose to advise me on what I should wear, or judge my competency based on my external experience, know that the hijab is my choice.

‘I want young girls who decide to wear the hijab to do it with pride and to do it with the knowledge they have the right to wear it.

‘I won’t judge someone wearing boardies and flip-flops across the street, I don’t expect people to judge me for wearing my scarf.

‘I am young, I am progressive, and my family were born overseas – I am a representative of modern Australia.’

At 27, Ms Payman is the youngest serving senator and the third youngest in Senate history. On the other hand, Mehreen Faruqi is the first Australian Muslim senator but does not wear a hijab.

What do you think of her speech? Share your thoughts with us in the comment section below.