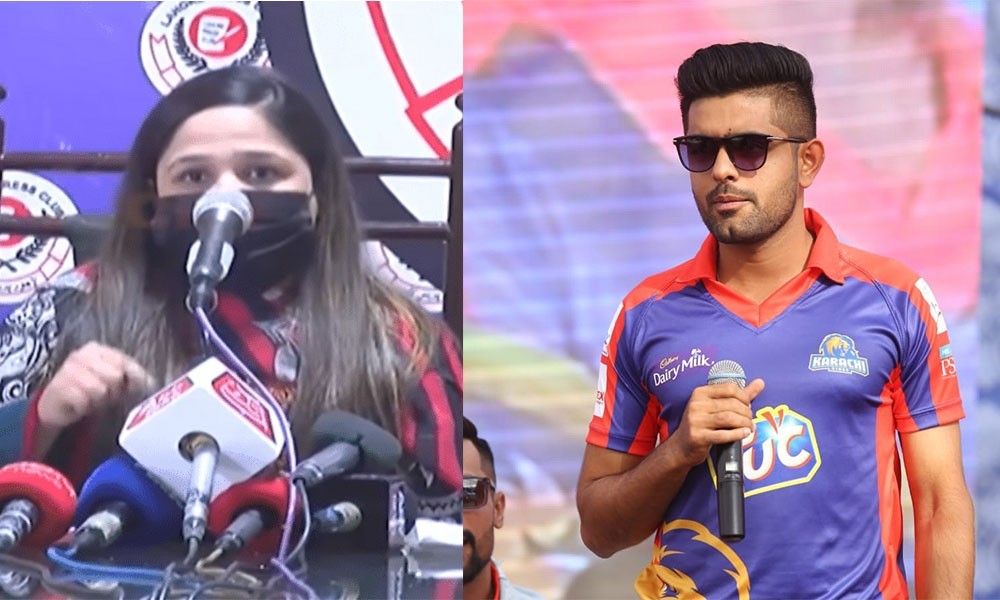 The newly appointed captain, Babar Azam, has allegedly been accused by Hamiza Mukhtar, his neighbor, of sexual misconduct. In a press conference, Mukhtar revealed that the incident took place over 10 years ago. She revealed to the press that she was not just his former neighbor but also his school mate. According to her, the 26-year old had tricked her and later tortured her once she asked for marriage.

According to a local media outlet, Hamiza told the press that she took care of Babar financially and had spent millions of rupees on his well-being. Babar had proposed to her in 2010, but their families refused the couples’ wish to get married. They then fled together and stayed in different homes in the city. In the end, Babar refused to marry her.

Hamiza has filed a complaint against Babar in the Pakistan Cricket Board (PCB). The board has rejected her complaint and said that this is not the platform to make such a complaint – “it is a personal matter.”

Hamiza said in the press conference that she wants justice to be served so that no other woman goes through what she experienced. She also said that she has all the proof related to the matter.

Hamiza’s request to authorities is to serve justice in her case so no other woman can ever be harmed again, mentally or physically. She has filed a petition in the sessions court. The court hearing is set for 5th December.

She has presented proofs in her case, including Whatsapp messages exchanged between the two. 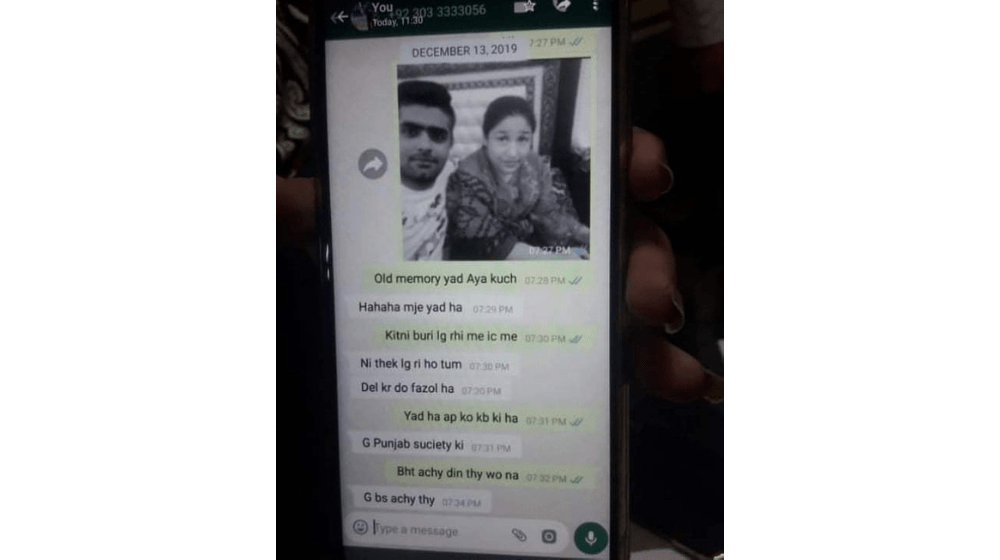 A user on Twitter, however, claimed that the image seen in the chat is photoshopped.

This looks like the picture that Babar Azam's accuser has photoshopped pic.twitter.com/yoYABly5o7 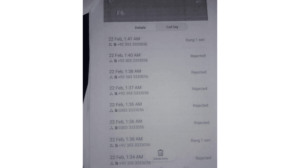 Other than that, Hamiza also shared hospital documents of their visits in 2016 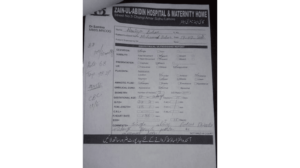 Can't keep up with these cricket player scandals. #babarazam

Absolutely shame on Pakistani media for covering this scandal I mean if she is right she should go to police. This is understandable that her purpose is to degrade our hero in which she’ll not gonna succeed #babarazam pic.twitter.com/YnCyhQPJQM

So an Aunty is saying she was in an immoral relationship with #babarazam for more than 10 years and had a baby without marriage which she aborted. Now she demand justice for that. I'm seriously fedup of these scandals and leak videos etc. Isn't there any law for such bullshits??

Scandal in scandal. Everyone has a past and it's a well planned propaganda against Pakistan cricket team not only Babar Azam. Babar is a rising star and backbone of Pakistan cricket and of course enemies won't be happy.

For the first time in his career awam is not waiting for his batting. Fans are hurt and they need to hear from @babarazam258 himself please #babarazam #scandal

You trying to say this guy exploited a girl financially and sexually back in 2010? pic.twitter.com/iXNLwyGyDt