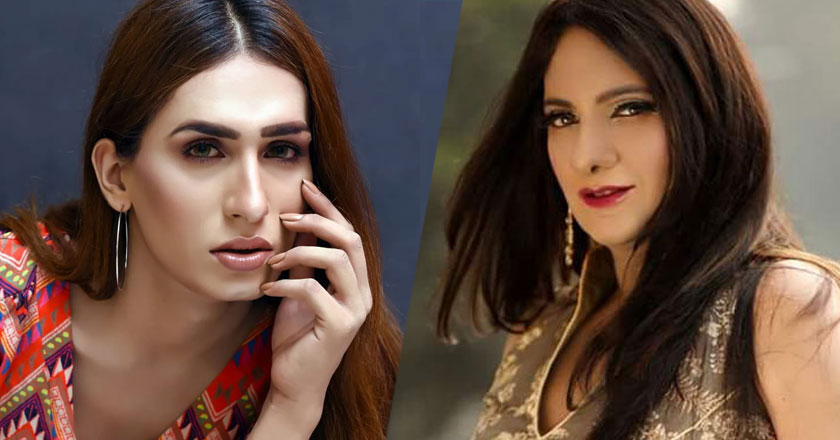 In a preview clip shared on Instagram, both Alina and Naaz talk about how they each broke the barriers and defied all odds through their work in cisgender women-dominated professions.

In the clip, we hear Pakistan’s Alina Khan, talk about how trans community members have learnt to live amongst others, but others have still not learnt to live and accept them as a part of society. She adds that after the success of her film, her family finally started to accept her and after years she was able to spend quality time with them and even spent a night at home.

“We have learned to live with people, but people have not yet learned to live with us. For me, the biggest achievement after working on the film [Joyland] was that my family properly accepted me. I started going and meeting them. When I returned after winning an award at Cannes, I went to visit my family first and spent the night there. That one night was a huge night for me because before then, I had never spent the night in my home before,”

Alina Khan has recently starred in ‘Joyland’ and has won multiple international awards including the prestigious jury prize in the “Un Certain Regard” competition at Cannes and ‘Best Film from the Subcontinent’ at the Indian Film Festival of Melbourne (IIFM).

On the other hand, Naaz Joshi is the world’s first trans woman to win the Miss World Diversity title three times in a row. She made waves because before her accomplishment, the pageant only had cisgender participants. Moreover, she is also India’s first trans model, gracing the covers of magazines and ramps.

Her journey has also been a rollercoaster of emotions. Joshi shares:

“When I was on the ramp walk in Dubai, one sheikh shouted out ‘transgender.’ If there was any other girl in my place, perhaps she would have felt broken and would not have been able to continue the ramp walk. But I completed the ramp walk and then came back. Maybe that was what stood out to the judges, and I was crowned,” Naaz shared.

Baat Sarhad Paar: Conversations Across The Border is a joint production between BBC News Hindi and BBC News Urdu.

What are your thoughts on their struggles? Share them with us in the comments below.