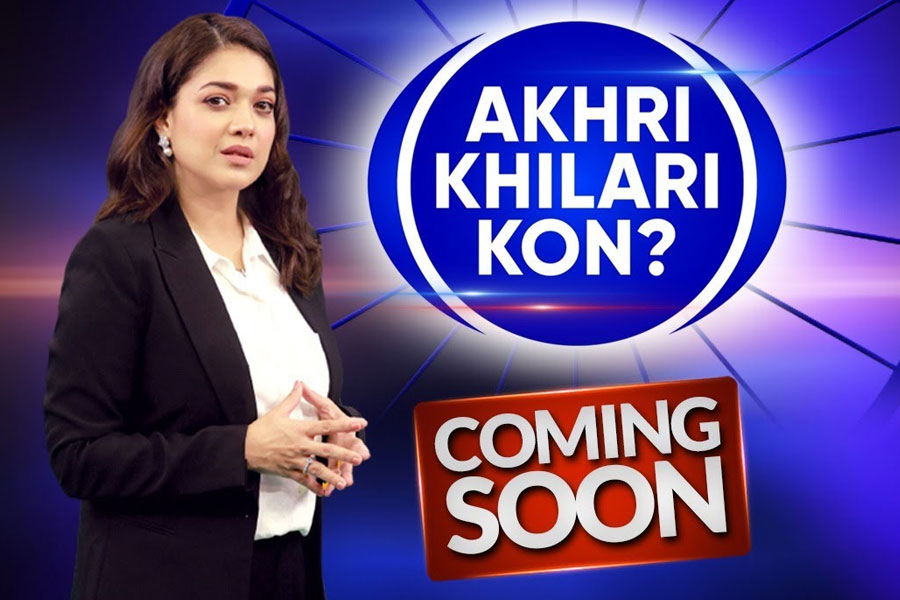 Sanam Jung is ready to entertain you with her upcoming game show titled ‘Akhri Khilari Kon?’ on BOL Entertainment. With the increase in demand for entertaining shows and popular hosts, BOL has announced the new show with a fun teaser.

It is being said that the show is highly inspired by UK’s popular ‘The Weakest Link’ in which the contestants answer general knowledge questions.

Participants will get a chance to compete against each other to win a grand prize of up to PKR 1.5 million!

In an interview with a local publication while talking about her show, Jung said:

This show is a quiz show basically and we have nine rounds where we ask questions. In every round, there’s a top prize like the first round’s is 25000 and it goes up to 50. And slowly, the winners can, if they can give correct answers, take up to Rs1.5 million cash prize.

But this doesn’t happen because when they give the wrong answer, they break the money chain and they go down on zero again. This is inspired by The Weakest Link, if you’ve seen that show.

Expressing her thoughts on her return as a host she said:

It’s actually fun, it’s exciting to host a show again, especially when there are contestants and they’re participating, it’s fun.

The game show will be hosted on BOL Entertainment.

Popular TV hostess Sanam Jung will be hosting the show.

Yet to be defined.

In the teaser, we hear Sanam telling the audience that everyone here wants fame and money, but, how is that possible? Who will be the last player standing?

We will update this space as more information in regards to ‘Akhri Khilari Kon?’ starts pouring in.

What do you think of this tough and unique concept? Share your thoughts with us in the comments below.