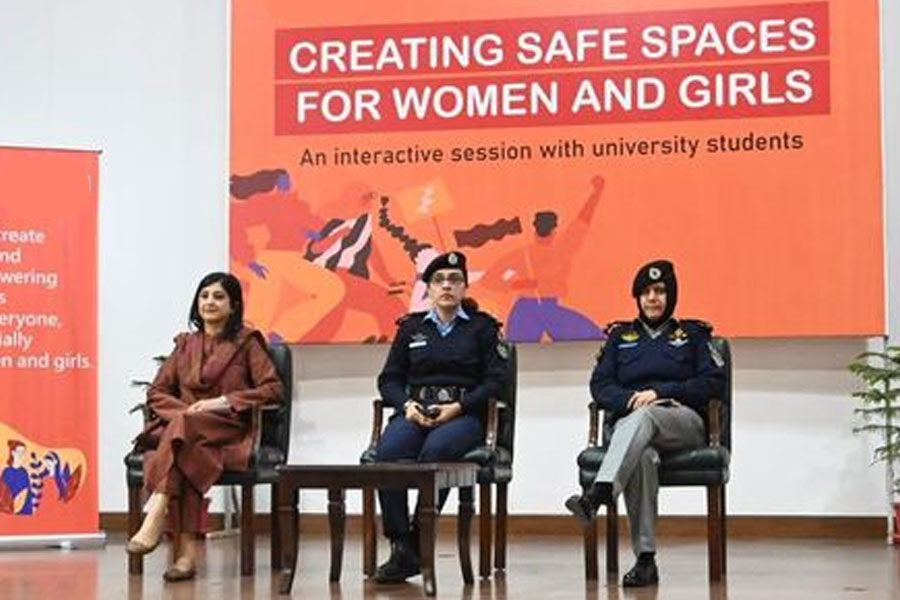 SDPO Amna Baig is no stranger – she is a well-celebrated name in Islamabad and in Pakistan. Amna Baig is helping keep women of the capital city safe through the Gender Protection Unit.

The Gender Protection Unit is a dedicated division of the Islamabad Captial Territory Police that exclusively handles cases related to gender violence, domestic and child abuse, and harassment.

The unit and its associated helpline are managed by female police officers. Ladies and children who need help anytime and anywhere in the capital city can contact the facilitation centre.

The application will then be worked upon and if needed an FIR will be lodged and an investigation will also be carried out by the officers. The field team is comprised of 3 members, a female, a male and a Duty officer. The team takes fast action and arrives at the location in 5 minutes.

If the complainant is found in a serious condition and needs medical assistance, they are transported to the nearest hospital. If the Duty Officer is on site and there is no other officer available, (of ASI-ranked) a Sub-Inspector ranked individual will accompany the team.

SDPO Amna Baig shared that the unit had been noticing for some time now that women were unable to report cases of harassment and/or domestic violence, and they were getting to know about these cases through social media, or neighbours.

There have been times when women want to report the incident but are reluctant and when the police arrive at their homes, they are scared of what people may think or what may happen next. As a result, they refuse to lodge the complaint.

Hence, it was important to launch a unit that was dedicated to helping women by giving them easy access around-the-clock. The officers in the Gender Protection Unit have been given proper training and still go through different sessions almost on a weekly basis.

Moreover, the unit has strong sources, women and children who are homeless and are seeking shelter can approach the officers and receive help, and even legal aid. According to the unit, the most complaints received is for harassment, which is complicated to trace and requires a lot of time and resources.

SHO Misbah shared a harassment case in which the person was visually impaired and was not able to trace the whereabouts or identity of the harasser. She personally led that came despite the complications, and with the help of CCTV footage, they were able to track the culprit.

Keeping silent only makes you an accomplice. If you know anyone in Islamabad who needs help, call 8090 now.