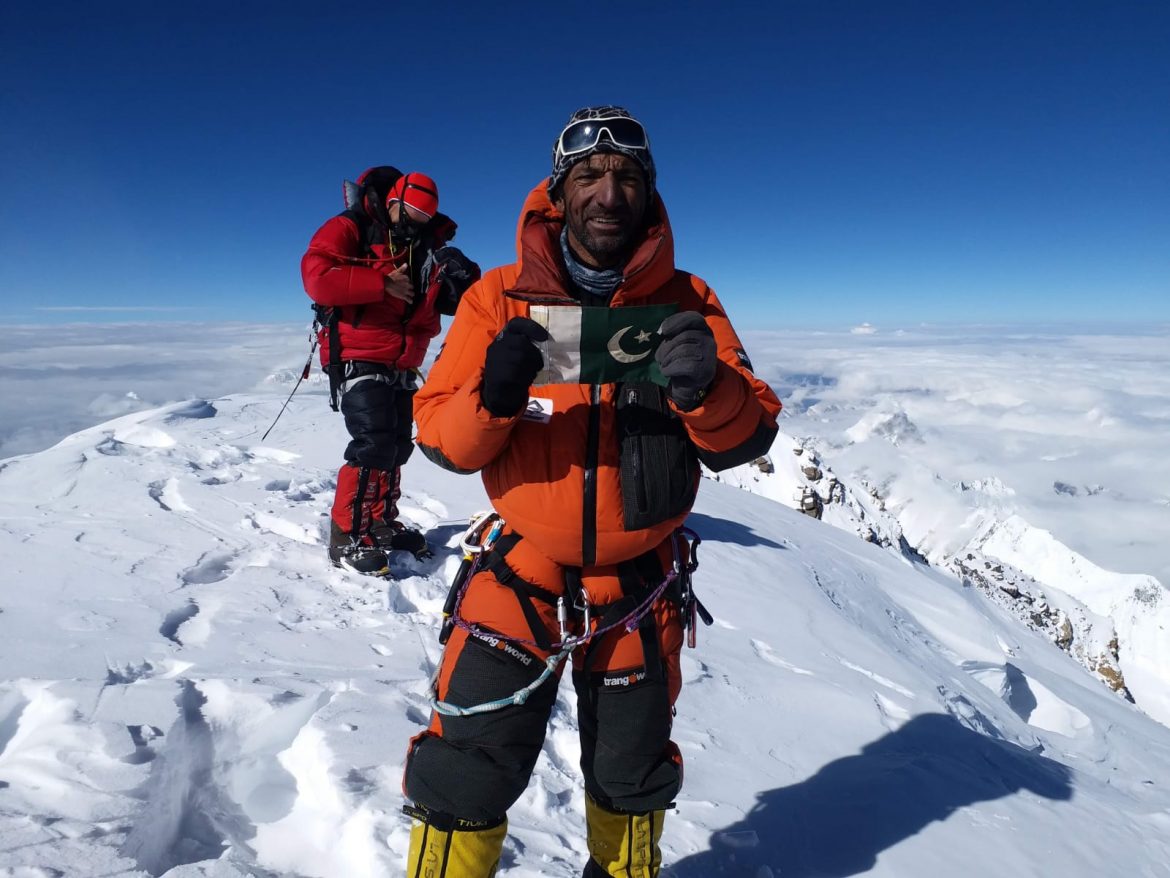 Three days ago, Pakistani mountaineer Muhammad Ali Sadpara and two other climbers from Iceland and Chile had been reported missing. The mountaineers lost contact with the rest of the people climbing on Friday during their winter climb on K2. Rescue missions have been carried out by the Pak Army multiple times. The mission was expedited on Saturday where Army helicopters flew as high as 7,000 meters and found no one yet.

Muhammad Ali Sadpara son, Sajid Ali Sadpara said that the chances of his father and other climbers returning is next to none as the weather conditions up there are pretty harsh and no one can survive that long in the mountains. Regardless of the chances, the nation is still praying for Ali’s safe return.

Ali sadpara may not return.
But we can honor his memory by supporting, highlighting the achivements of all athletes in Pakistan, not just cricketers.
Let us not wait for them to leave us to realise their worth.

Still praying for a miracle. May he return safely.#alisadpara

Tonight our thoughts are with the intrepid climbers, Muhammed Ali Sadpara, John Snorri from Iceland & MP Mohr from Chile who remain missing on K2. Let’s all pray for the safe return of these brave men. 🤲🏻#k2winterexpedition2021 #alisadpara #JohnSnorri #MPMohr pic.twitter.com/nvv8VQHjtO

Armeena reminds everyone how difficult the job of a porter is, after all.

“The Pakistani porter is paid 700 rupees per “stage” (there are at least 10). He has up to 45 kgs on his back, wearing inadequate clothing, broken sandals/no socks on rock and ICE. If there is something you are going to watch tonight.” 👉🏼: https://t.co/7bDS2fJpIU #alisadpara

Fahad Mirza also wrote about the mountaineer on his Instagram and said he is ‘hoping against hope that they are found. May Allah preserve and protect Muhammad Ali Sadpara and his team.’

Tonight Pakistan, Iceland & Chile share the same grief. The world of adventure sports tests human limits. Sometimes man conquers once in a while nature humbles man. Ali Sadpara, John Snorri, Juan Pablo Mohr you are all in our thoughts. Tonight three nations are your family. 💔💔

Others have also been sending prayers for Ali’s Safe Return.

Ali Sadpara singing “choor dunya, aa ja mayray wastay, hum ko ghayal kar gaya tayra situm, tum chalay aao paharon ke qasam” (forget the world and come for my sake, I was wounded by your absence, come to me for the sake of the mountains..) pic.twitter.com/yPs9Ow5BL3

I still see him coming back home safely, May Allah be with #alisadpara and his team. #K2WinterSummit2021 pic.twitter.com/uvtKk1OZ04

Our thoughts are with the brave climbers, Muhammad Ali Sadpara of #Pakistan, Juan Pablo Mohr of Chile, and John Snorri of Iceland, who are missing on #k2 We all hope for their safe return! #K2WinterSummit2021 #alisadpara pic.twitter.com/FS7RQaub2H

Who is Muhammad Ali Sadpara?

Muhammad Ali Sadpara is a renowned mountain climber from Sadpara Village, Skardu born in 1976. In his career, he has climbed four eight-thousanders in a calendar year. He has a distinction of raising the Pakistan flag on eight high-altitude peaks. In 2016, he was part of the team which famously completed the first-ever winter summit on Nanga Parbat.

We are also hoping the mountaineer is found safe and sound soon. Have something to add? Let us know in the comment section below.